Arkansas PBS > Programs > U.N.I.T.Y.: U aNd I helping Teen Youth

“U.N.I.T.Y” received an Emmy Award for Best Documentary (Public Affairs) in the 2012 annual awards competition of the Mid-America Chapter of the National Academy of Television Arts and Sciences.

"U.N.I.T.Y." focuses on a prison based gang intervention program that has hopes of reaching into the community to educate youth about the consequences of negative gang activity.

This documentary boldly steps into the world that some only here myths about, with a chilling, but sincere voyage inside the minds of those locked up in a maximum security prison in Arkansas. As these young men in the UNITY program try to steadfastly make amends for the wrongs they have done, their words and actions help bring understanding and hope to my youth at ROCAN and youth all across this country.
- Leifel Jackson - Executive Director, Reaching Our Children And Neighborhoods (R.O.C.A.N.)

Dina Tyler, spokesperson from the Arkansas Department of Correction says, "There is no neighborhood, there is no group of people, there is no social class, there is no economic level that is immune to drugs, that is immune to someone becoming a gang member. There are no boundaries, there are no limits, and I think the first time that someone thinks, "Oh, its not gonna happen here, this happens in another part of town to another type of people," then they probably just increased the chances that its going to happen right under their foot, because theyre not paying attention. Theyll be caught napping." 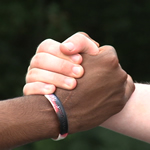 This 60-minute documentary features a group of gang affiliated inmates in an Arkansas maximum security prison working to find a way to reinvent themselves and reach beyond prison walls to keep teens from following their paths to incarceration. Along the way, we get to meet others around the state who are trying to slow the tide of juvenile bad choices, violence, and gang affiliation, incarceration, and death.

In 2004, inmate Alvin Williams, Building Captain Jackie Davis, and Prison Psychologist Richard Moore, formed the U.N.I.T.Y. (U and I helping Teen Youth) program at Tucker Maximum Security Prison in Tucker, Arkansas. The program is a prison based intervention program with hopes of reaching into the community to educate youth about the consequences of negative gang activity. The five month program drew from existing Arkansas Department of Correction programs and others including drug and alcohol abuse, anger management, conflict resolution, parenting, peer pressure, self-discipline, errors in thinking, atonement, and responsibility.

The U.N.I.T.Y. documentary illustrates the power of a group of very different people coming together in an attempt to make a change in a sometime hopeless world. When you help someone find a little hope, it also instills hope in your soul. U.N.I.T.Y. offers hope in an inspiring way to all those who come in contact with it.
- Steve Nawojczyk, Staff Development and Training Administrator, Arkansas Department of Human Services, Division of Youth Services

National Youth Violence Consultant, Steve Nawojczyk, says, "I will tell you, prevention and intervention is just as important as suppression and enforcement. And, essentially that is what the U.N.I.T.Y. program does within the walls of that prison is that they work very hard on prevention among, you know, the participants in the program. Like I said, that spills over into the inmates families and the message that they spread back to the street. The reality of it is that many of those guys continue to be shot-callers and they have influence on the street, so why not try to spin that into positive influence rather than negative influence? The documentary follows one of the classes through the curriculum, demonstrates the unique relationship between the brothers of U.N.I.T.Y. and the one young man they have been able to mentor, and outlines how community activists feel a program such as this can serve to help slow the tide of violence and incarceration for todays youth.

U.N.I.T.Y. The documentary focuses on a prison based gang intervention program that has hopes of reaching into the community to educate youth about the consequences of negative gang activity.

"U.N.I.T.Y." made me wonder how many of these young men might never have to see the inside of a prison if more prevention services for at-risk youth were available in our communities.
- Doug Stadter, CEO of Centers for Youth and Families.

The U.N.I.T.Y. program is a very special program  seeing different gang members who spent their life hating each other now working together for something positive is very powerful. I hope that there are many more leaders in the Department of Correction , as well as in our communities, with Captain Davis compassion, courage and dedication to making a difference! Truly!
- Pam Plummer, Director of Prevention Services Centers for Youth and Families


This documentary will be a great asset for our school events. We will use this to open the eyes of those students who are walking a line between negative behaviors and positive behaviors. The documentary will give hope as opposed to a scared straight type of presentation. Thank you AETN for your hard work

Places to get help:

For a list of statewide community-based programs visit
www.arkansas.gov/dhs/dys/dys_provider_directory

Warning signs that someone you know is in a gang? 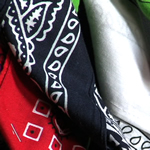