According to the 2002 Kids Count Data Book, the health status of Arkansas's children still lags behind the rest of the nation-ranking 45th in teen births, 47th in child deaths and 43rd in infant mortality. In order to provide outreach and public education about child and adolescent health concerns to Arkansas parents, the Arkansas Educational Television Network (AETN) is collaborating with the Arkansas Advocates for Children and Families (AACF) on Health Raps, a children's health initiative targeting 12 children's health issues in the state of Arkansas.

The project centers around 12 public service announcements (PSAs) for radio and television. In order to meet the needs of all Arkansas residents, specifically the state's growing Latino population, the programming utilizes the talents of Latino performers. The PSAs are comprised of bilingual rap tunes featuring local musician, performer and community leader Al "Papa Rap" Lopez and area school students. PSAs are scheduled around programming that reaches the target audiences. In addition, AETN and the AACF are producing one 30-minute educational program targeted at parents and caregivers.

The programs and a companion bilingual discussion guide will be distributed to health educators, child-care providers and workshop participants. In addition, AETN and AACF are participating in six local health fairs. The partners are promoting the project using direct mailings, print ads and feature articles to targeted publications.

AETN chose AACF as its primary community partner due to its 25-year history of statewide intervention for children. AACF is the lead agency for both the Covering Kids and Families initiative and the Kids County project. Through these national initiatives AACF has developed the Covering Kids Coalition and the Kids Count Coalition, which supplied a direct link to communities for the Health Raps project . 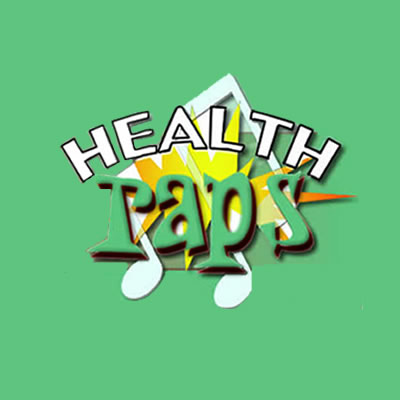