Ever get stuck between a rock and a hard place? Well, in a brand new episode of “Exploring Arkansas” on Monday, Nov. 2, I found myself in exactly that kind of predicament during a mountain bike outing in Fayetteville. 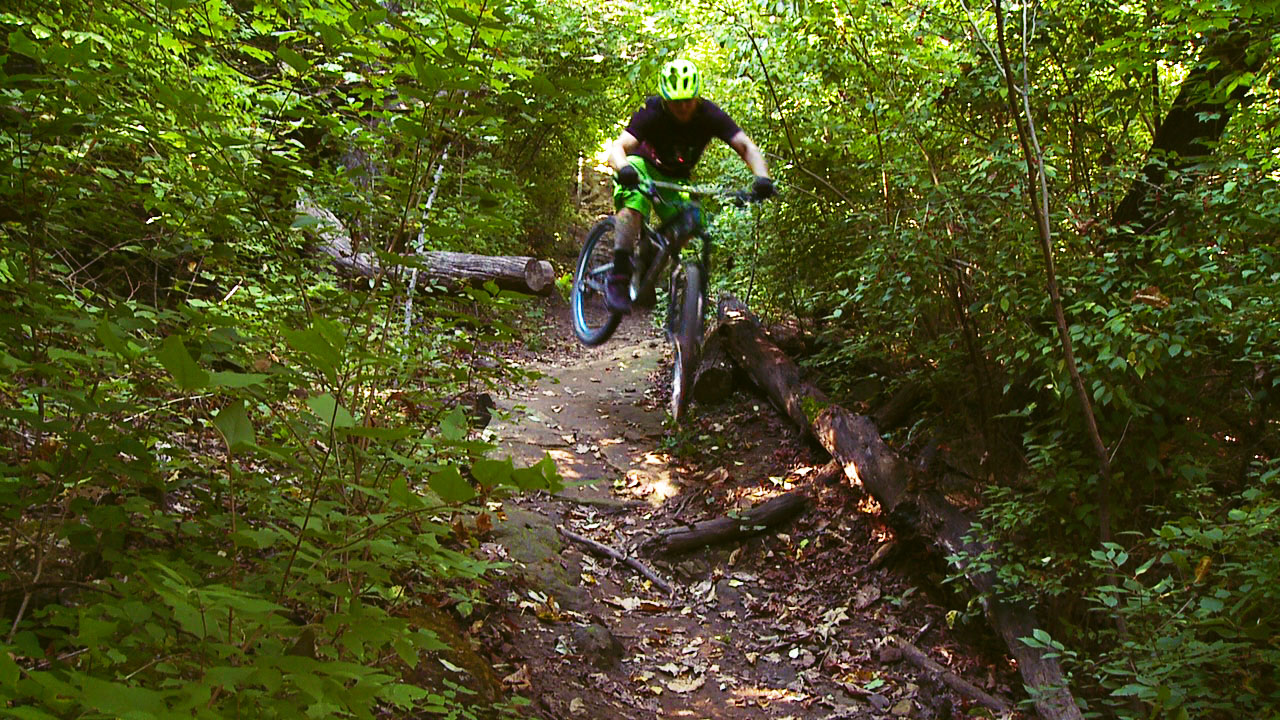 The Rock City Trail atop Mt. Kessler in Fayetteville is an exciting run, to say the least for mountain bikers who are looking for something that’s a little bit more challenging. But on this one, I think I bit off a little bit more than I could chew. You’ll have to watch the segment and see what I’m talking about – one section in particular where you’re zooming down between two rock walls makes for an interesting ride. 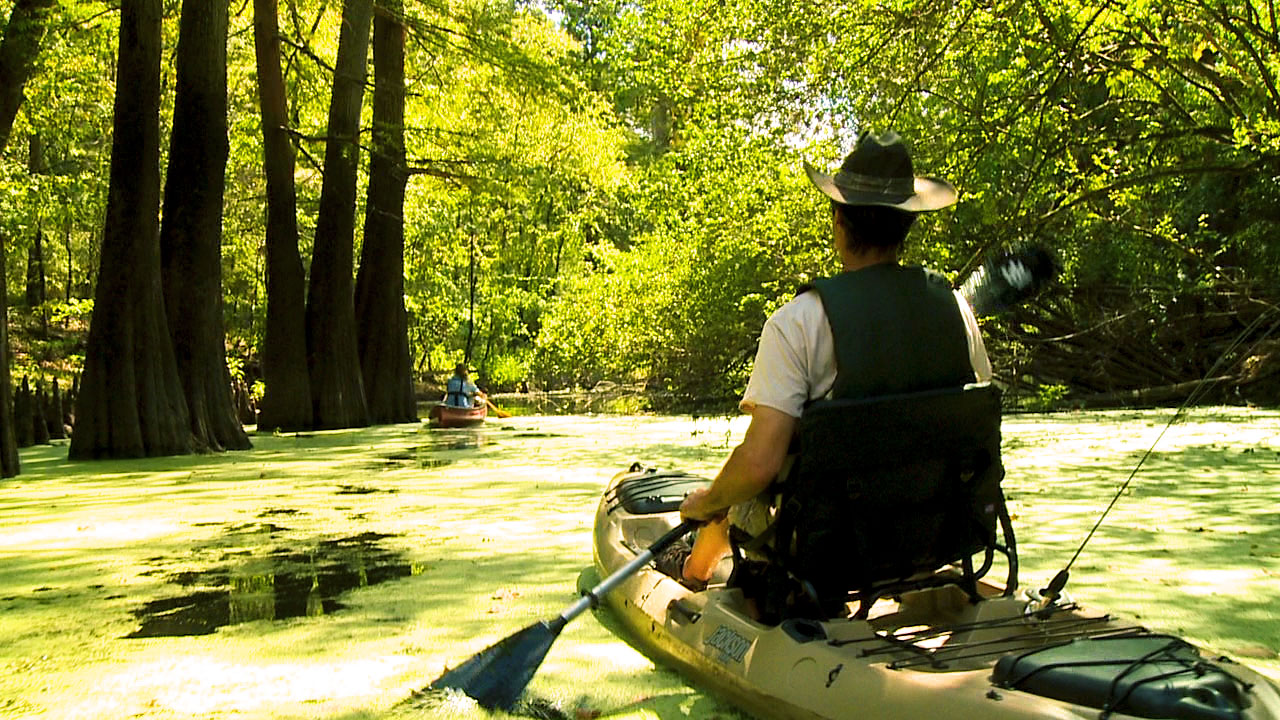 From a mountain bike, we’ll then get into a kayak and take you into the wilds of Cut-Off Creek Wildlife Management Area/Ravines Natural Area near Dermott in southeast Arkansas. 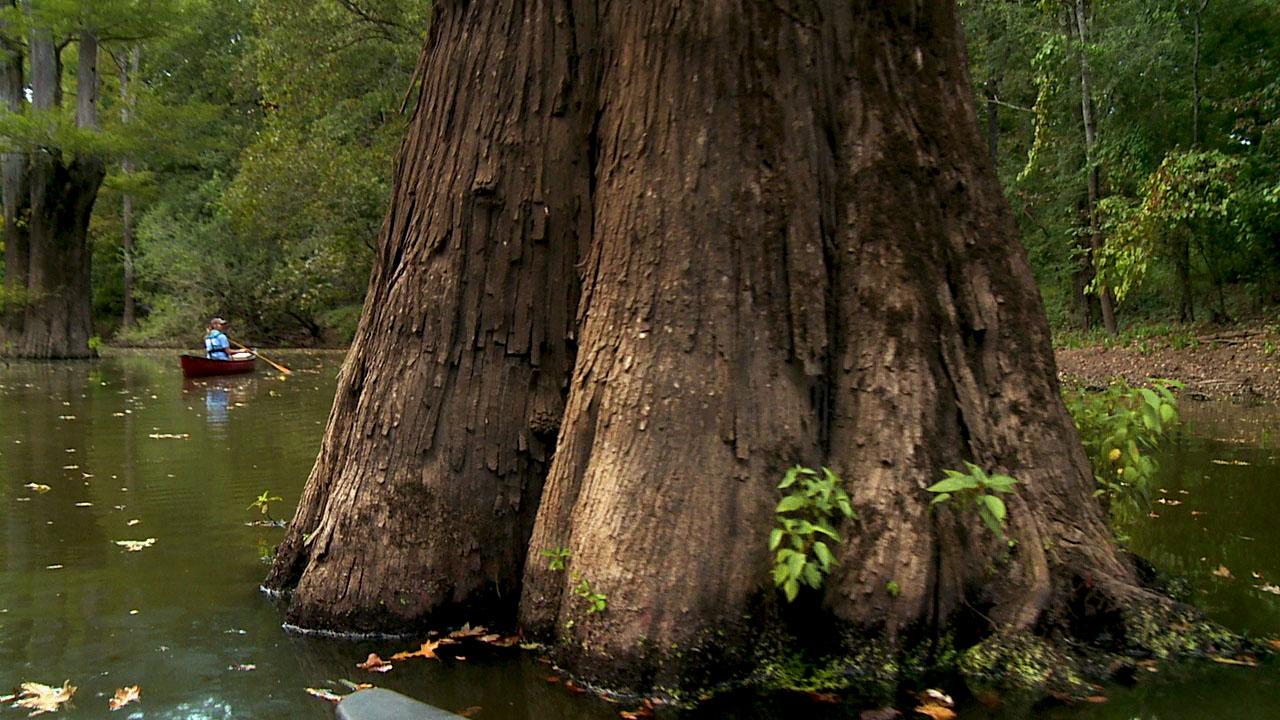 One of the state’s newest water trails has just been established here, but that’s just for starters. What we discovered on our kayaking adventure was the impressive number of gigantic cypress trees, most at least several hundred years old, which made this trip quite remarkable. 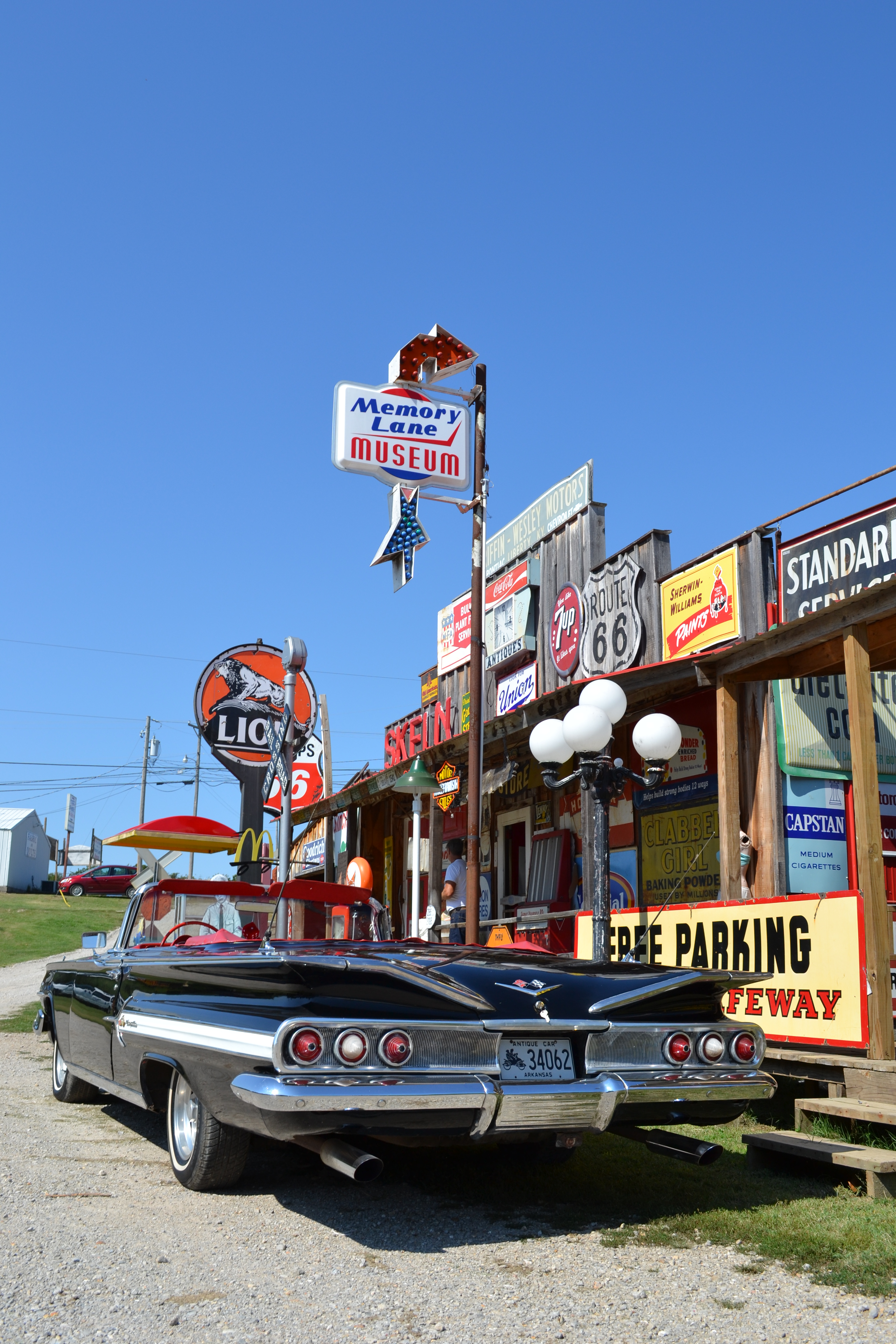 A trip down memory lane is also in store as we pay a visit to Memory Lane Museum near Berryville, which is actually an entire small town that Jerry Tanksley built and collected over a twenty-plus year span. 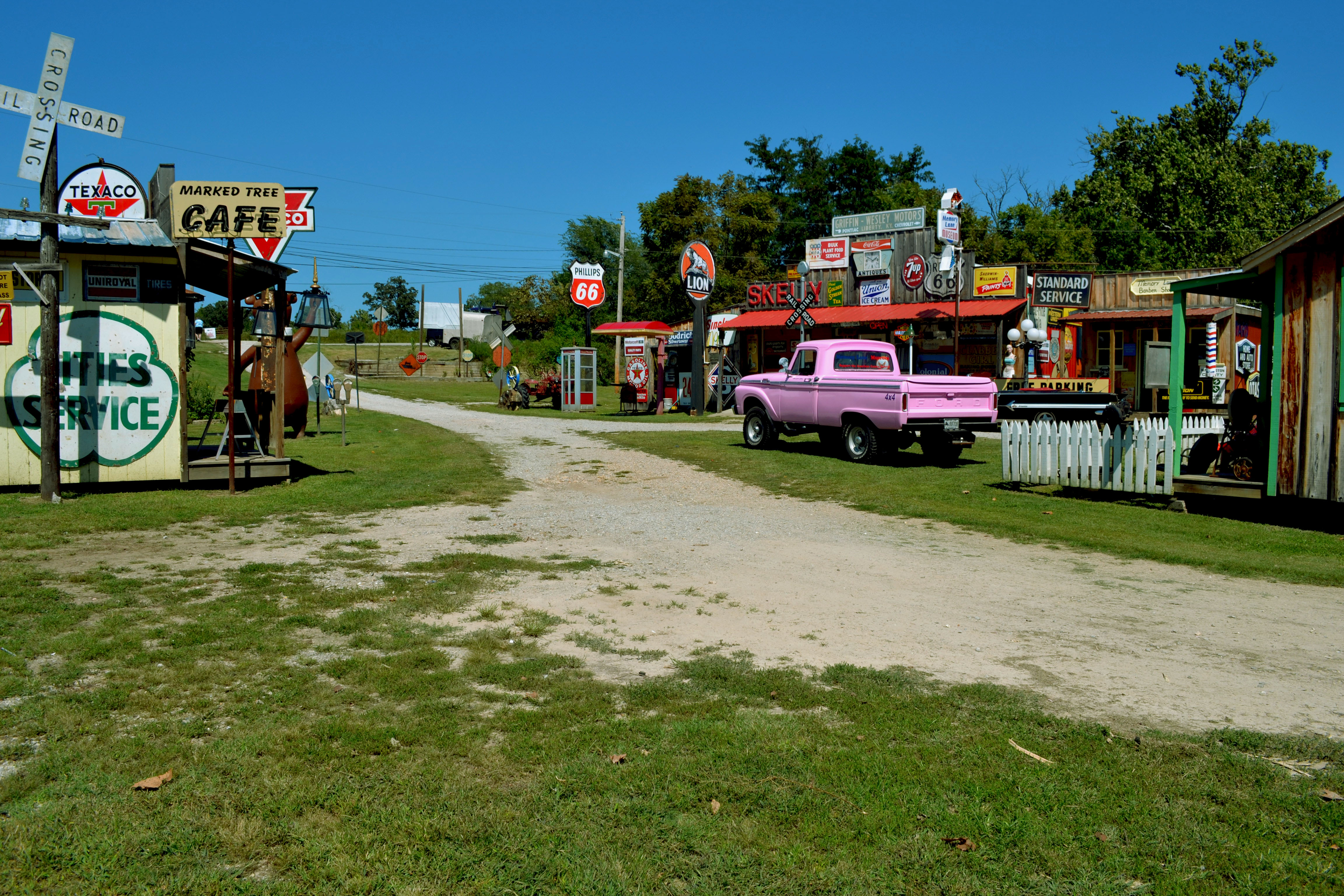 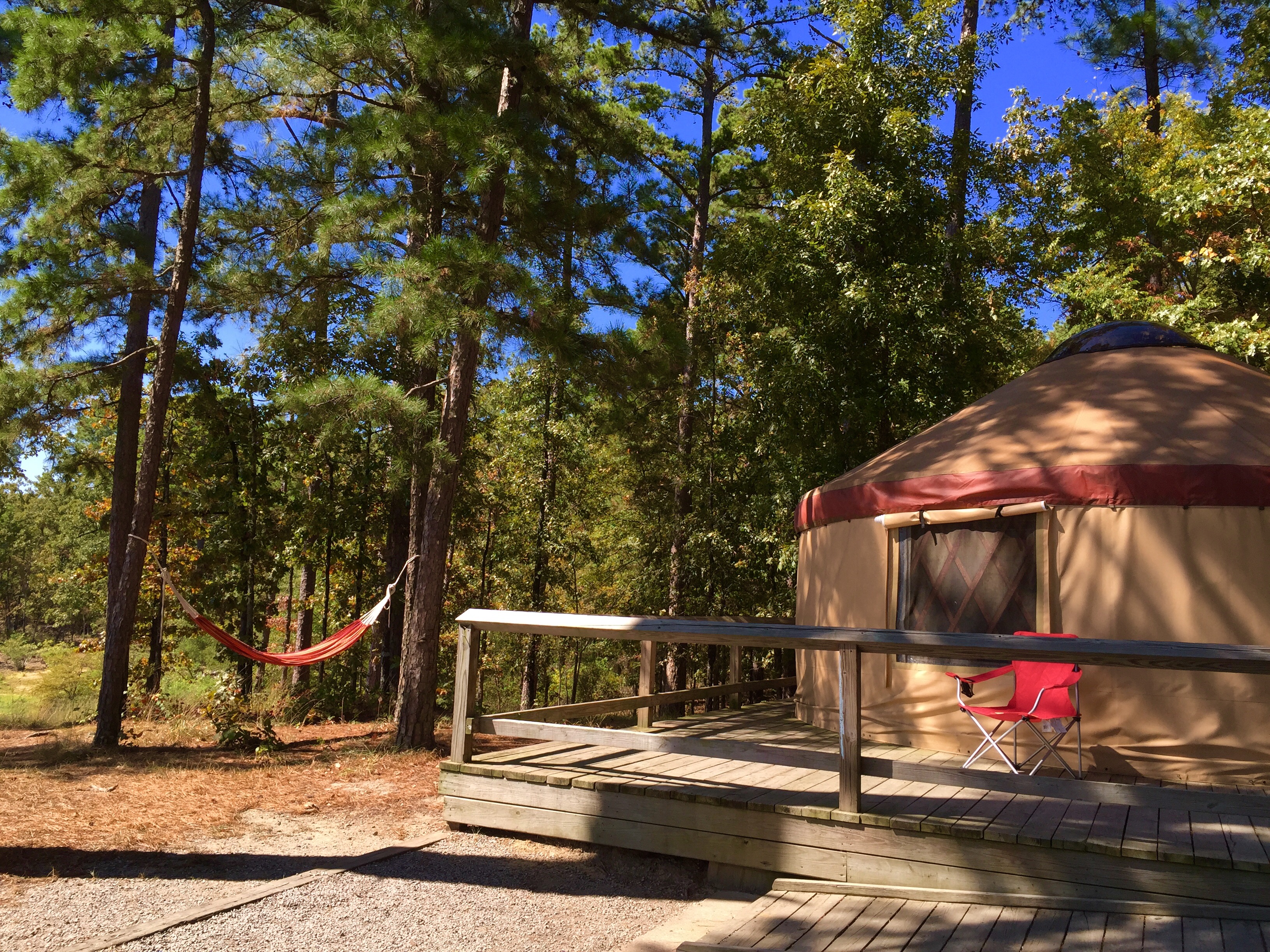 The history of the yurt goes back thousands of years, and in this day-and-age it’s become the perfect dwelling for campers at several Arkansas state parks. 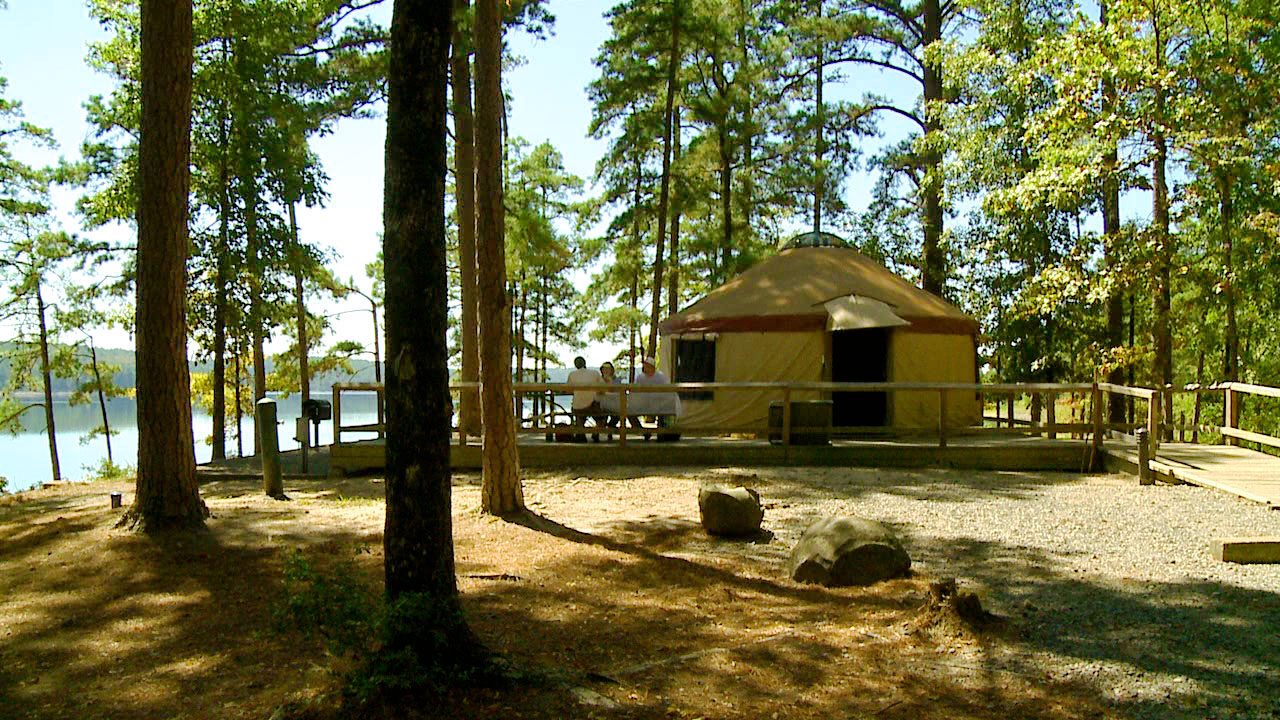