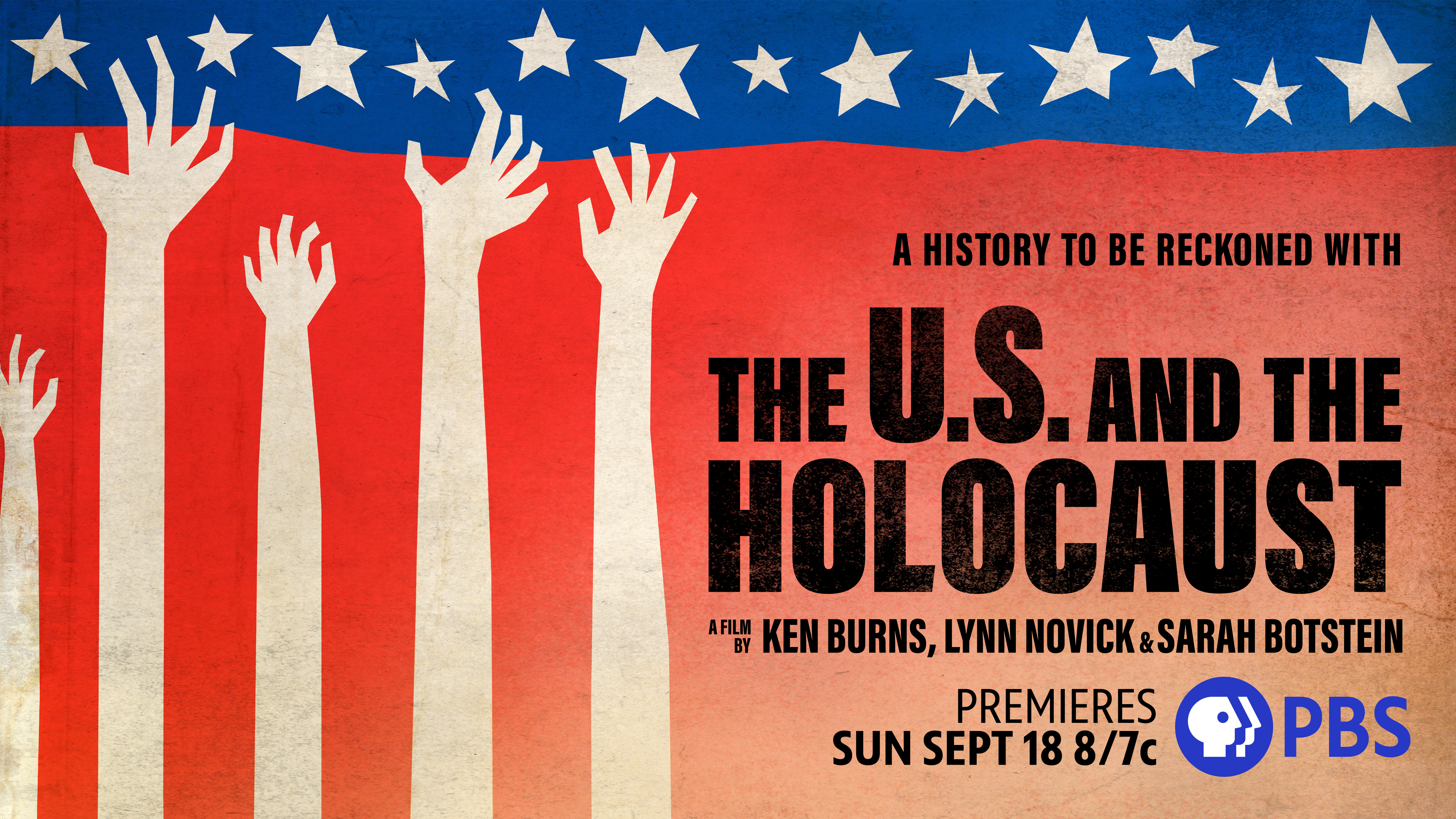 “The U.S. and the Holocaust” is a three-part, six-hour series that examines America’s response to one of the greatest humanitarian crises of the 20th century. Americans consider themselves a “nation of immigrants,” but as the catastrophe of the Holocaust unfolded in Europe, the United States proved unwilling to open its doors to more than a fraction of the hundreds of thousands of desperate people seeking refuge.

Through riveting firsthand testimony of witnesses and survivors, who as children, endured persecution, violence and flight as their families tried to escape Hitler, this series delves deeply into the tragic human consequences of public indifference, bureaucratic red tape and restrictive quota laws in America. Did the nation fail to live up to its ideals? This is a history to be reckoned with.

Starting in early October, Arkansas PBS will present a series of screenings, panel discussions, and educator forums in partnership with the University of Arkansas at Fayetteville, the United States Holocaust Memorial Museum, the Fayetteville Public Library, and Black River Technical College.

No events posted yet

The U.S. and the Holocaust” will be available to stream for free at PBS.org and the PBS Video App, on iOS, Android, Roku, Apple TV, Android TV, Amazon Fire TV, Samsung Smart TV, Chromecast and VIZIO.

As the war begins, some Americans work tirelessly to help refugees, while others remain indifferent

As the Allies liberate German camps, the public sees the sheer scale of the Holocaust..

Arkansas Holocaust Education Committee (AHEC)
AHEC formed 25 years ago to provide Holocaust education to Jr. High and High School students in Arkansas via their annual conference on the Holocaust.
https://holoconf.org/

The Black River Community College
For over 15 years, Black River Technical College in Pocahontas, Ark. has been partnering with the US Holocaust Memorial Museum to bring Survivors to their campus for an educational conference for public schools. We will co-host their two-day event this year in October and connect them to the film and resources.
Black River Tech
https://www.ushmm.org/remember/holocaust-reflections-testimonies/echoes-ofmemory/pocahontas-arkansas

Conversations on the Holocaust: A Virtual Event Series

Join hour-long discussions the filmmakers and special guests, featuring clips from the three-part series, THE U.S. AND THE HOLOCAUST. The six-hour series explores America’s response to one of the greatest humanitarian crises in history.

September 8: "The Holocaust and Refugees, Lessons for Today"

September 15: "The Holocaust and Authoritarianism Today"

You can find more information about the events here: pbs.org/usath-events

PBS Books: VIRTUAL EVENTS: "The U.S. and the Holocaust"

Panel Discussion: The U.S. and the Holocaust, Sunday, September 18 at 5 pm

In connection with The U.S. and the Holocaust, PBS Books is pleased to present a conversation with Interfaith America’s Founder and President Eboo Patel, author of We Need to Build: Fieldnotes for Diverse Democracy. It is an inspirational guide for those who seek to promote positive social change and build a more diverse and just democracy. While looking at the Holocaust and some of US’s historical policies, Eboo will discuss his work, his book, and inspiring social activists as he underscores the importance of social infrastructures within today’s society as we build our diverse democracy and ensure there is never another Holocaust. 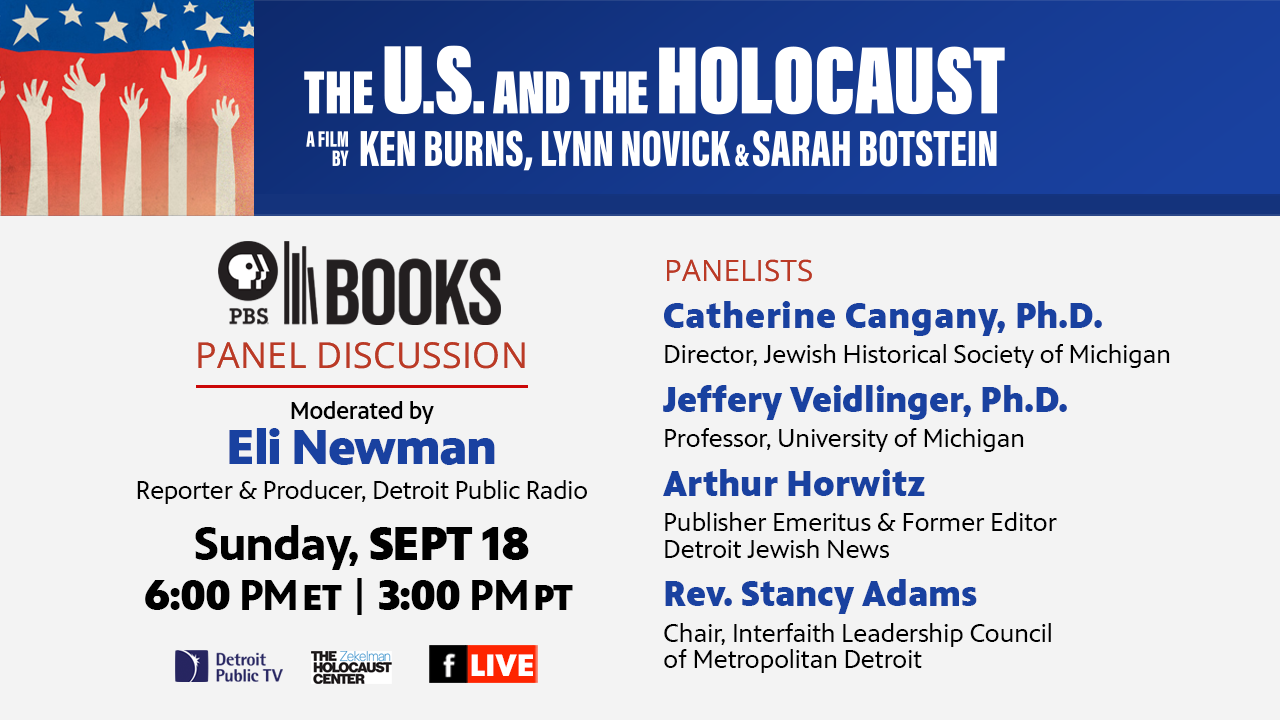 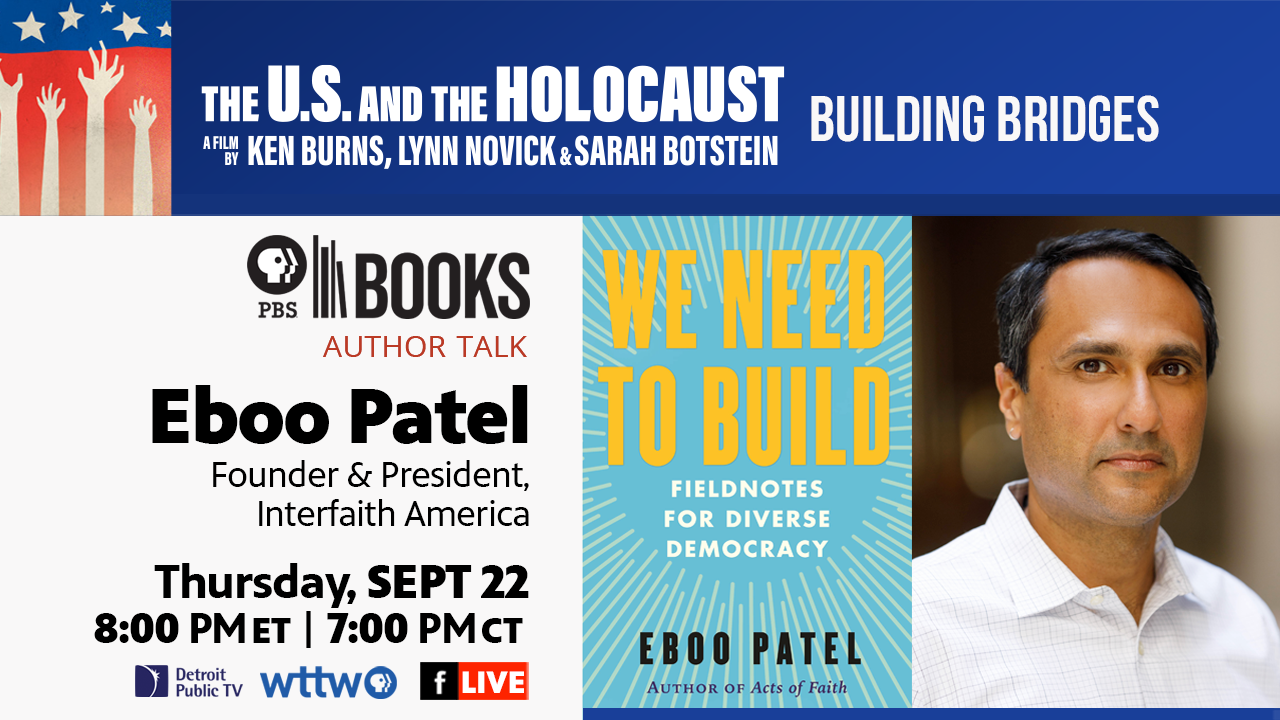 The U.S. and the Holocaust is a production of Florentine Films and WETA Washington, D.C.