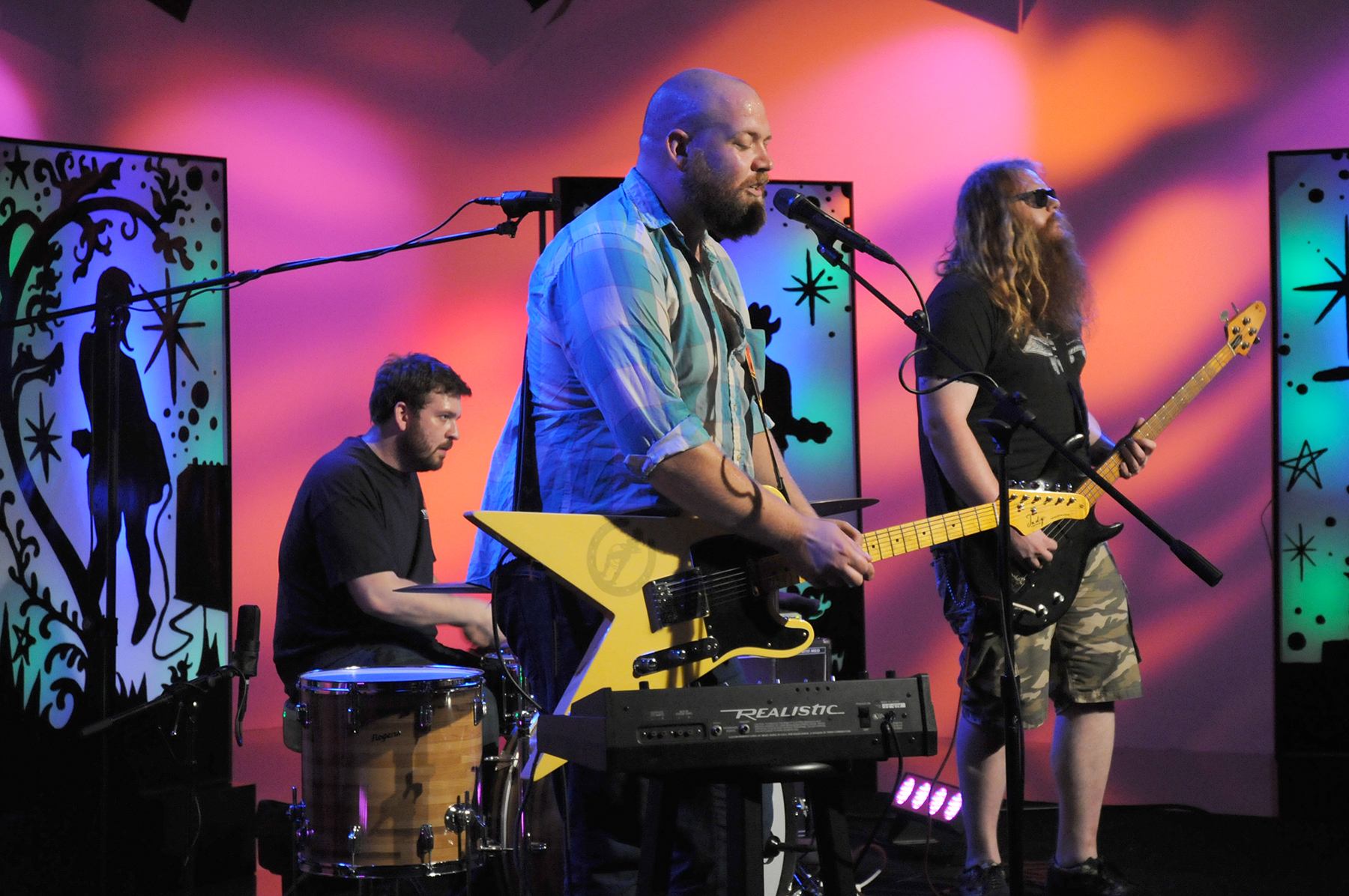 "AETN Presents: On the Front Row With Booyah! Dad" will premiere on the Arkansas Educational Television Network (AETN) Friday, Nov. 22, at 6:30 p.m.

This episode features Booyah! Dad's energy infused dance rock and rollicking personality. With songs reflecting a freewheeling sense of humor, the band delivers an exuberant performance that encourages viewers to sing along and enjoy themselves.

Booyah! Dad was born in the back of a duplex in Little Rock and features J.R. Top on guitar, synthesizer and vocals; Andy Warr on bass and vocals; and Chad Condor on drums. The band calls itself a crossbreed of ZZ Top and the Talking Heads, with influences such as Blue Cheer and Buck Owens.

Also airing Nov. 22 at 9 p.m. will be "Nashville 2.0." From Emmylou Harris to Mumford and Sons, Rosanne Cash to The Mavericks, "Nashville 2.0" celebrates the American musical melting pot while showcasing a variety of musical genres through the vibrancy of Nashville's Americana music scene.

"AETN Presents," which is celebrating its 10th anniversary season, features a variety of arts and cultural subjects. Previously included in the series have been the Arkansas Acoustic Festival; performances by the Cate Brothers, Trout Fishing in America, Dale Hawkins, Wayland Holyfield and Friends, Shannon Boshears Band and Epiphany; and "On the Same Page" with authors Buzz Bissinger, Billy Collins, John T. Edge and Kenneth L. Smith. A full listing of bands and more information is available at aetn.org/aetnpresents.