'It has been apparent for nearly 50 years that AETN, in addition to presenting the best in educational and public media programming, has contributed so much beyond the television screen,' AETN Executive Director Allen Weatherly said. 'The overall honor to AETN was for the unique and enduring educational services used free of charge in every county in Arkansas by tens of thousands of educators – arguably the largest such free service in the entire country.

'The award for the wonderful documentary and professional development course on heat illness speaks to the talent of our producers, who created a powerful program on an important and difficult topic. We hope this recognition further illustrates to our viewers, citizens and officials how integral public media is beyond quality programming.'

NETA annually recognizes its members' achievements in creating collective impact through the combination of staff effort, project diversity and collaborative partnerships. AETN was honored for exemplary collective impact for ArkansasIDEAS (ideas.aetn.org) based on the correlation between education projects and community outreach efforts.

AETN, in conjunction with the Arkansas Department of Education, created ArksanasIDEAS (Internet Delivered Education for Arkansas Schools), an online teacher professional development learning management system (LMS), with a 500-plus course inventory, 2.1 million hours of ADE-approved professional development and serving 52,000 educators. ArkansasIDEAS is a welcome resource for educators across the state – in its first month the LMS gained 5,000 new users, and teachers earned over 17,000 credit hours.

'Winning the award was and is very encouraging,' Rodríguez said. 'It is a confirmation that, both personally and as an agency, we are doing the right thing, and certainly we are on the right path.'

Through personal testimonies from families who have been affected by exertional heat stroke and interviews with coaches, certified athletic trainers, kinesiologists, and other medical professionals, the film looks at the seriousness of heat illness and its underlying causes, as well as how to treat and prevent exertional heat illness. Judges for the NETA Awards said the film was outstanding and powerful and that 'a serious subject handled in a professional manner also becomes a powerful training [and] informational tool.'

Featured in the film are three young victims of heat illness, only one of whom survived. Kendrick Fincher of Rogers and Tyler Davenport of Lamar died of heat stroke while practicing football in the summer months, while Will James of Little Rock received treatment and survived. Parents Rhonda Fincher, Mark and Tina Davenport, and Patti James all appear in the documentary.

AETN produced '108°: Critical Response' in response to Act 1214 of 2011. Sen. Keith Ingram, formerly a representative, of West Memphis and Rep. Mark Perry of Jacksonville sponsored the bill, and the Davenport family was instrumental in getting it passed. The act requires coaches to complete training in heat illness.

'It's great to be recognized nationally for the work we did on this film, but it's even better to know that '108°' is helping coaches and parents keep their athletes safe,' Waller said.

'108°: Critical Response' is available for online professional development credit for Arkansas state licensed educators via ArkansasIDEAS (ideas.aetn.org). Since its release in September 2014, the course has been utilized by 696 Arkansas Educators, and 342 hours of professional development have been awarded for completion of the course and accompanying materials. The full-length film and additional information, including a toolkit for managing heat illness, is available at aetn.org/108degrees.

NETA is a professional association organized in 1997 to serve public television licensees and affiliated educational organizations. The organization has members in 43 states, the District of Columbia, and the Virgin Islands. NETA is headquartered in Columbia, South Carolina.

The NETA Awards are annual recognition of member-created excellence in public broadcasting, a tradition established in the 1960s by the pioneering Southern Educational Communications Association from which NETA was formed. 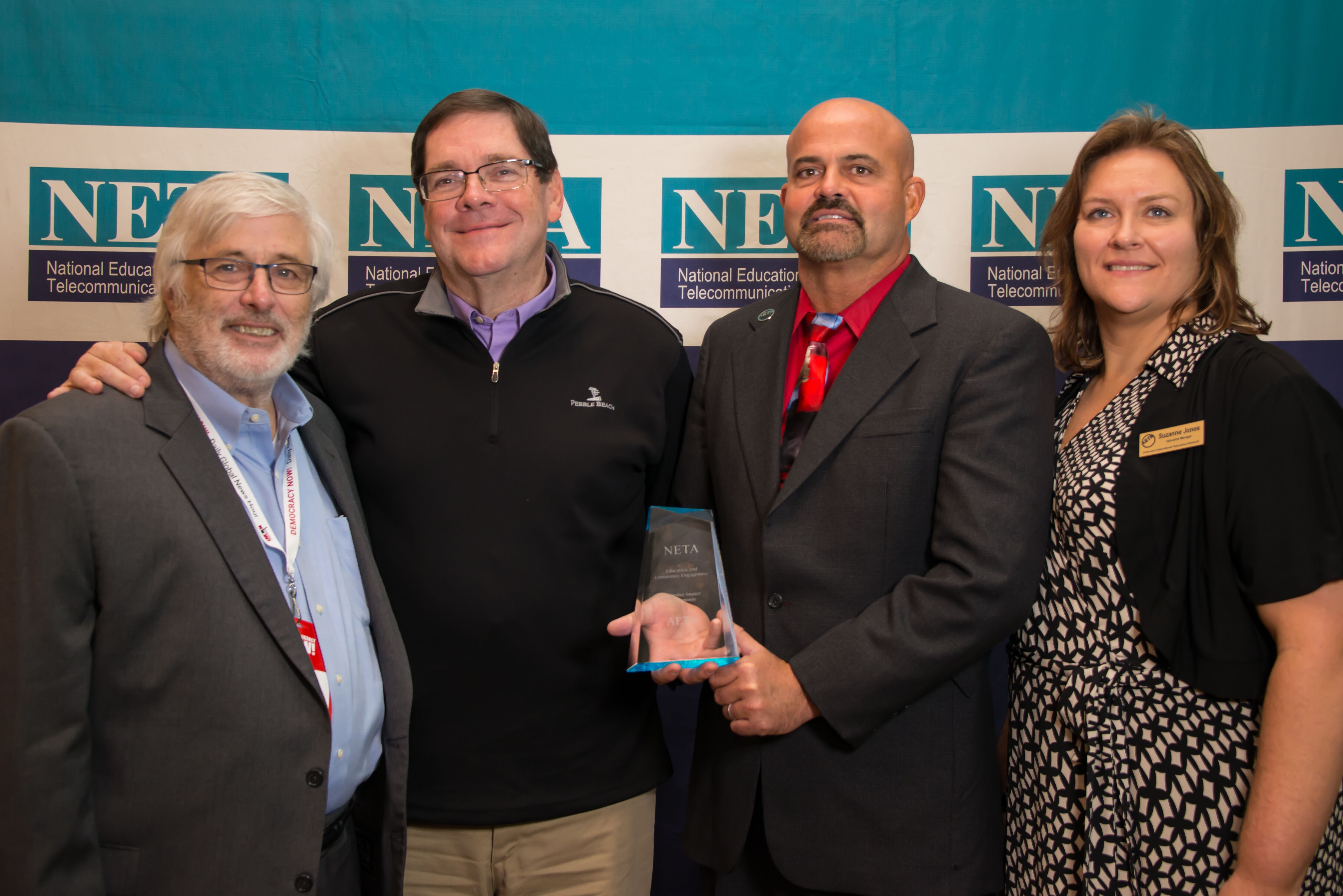