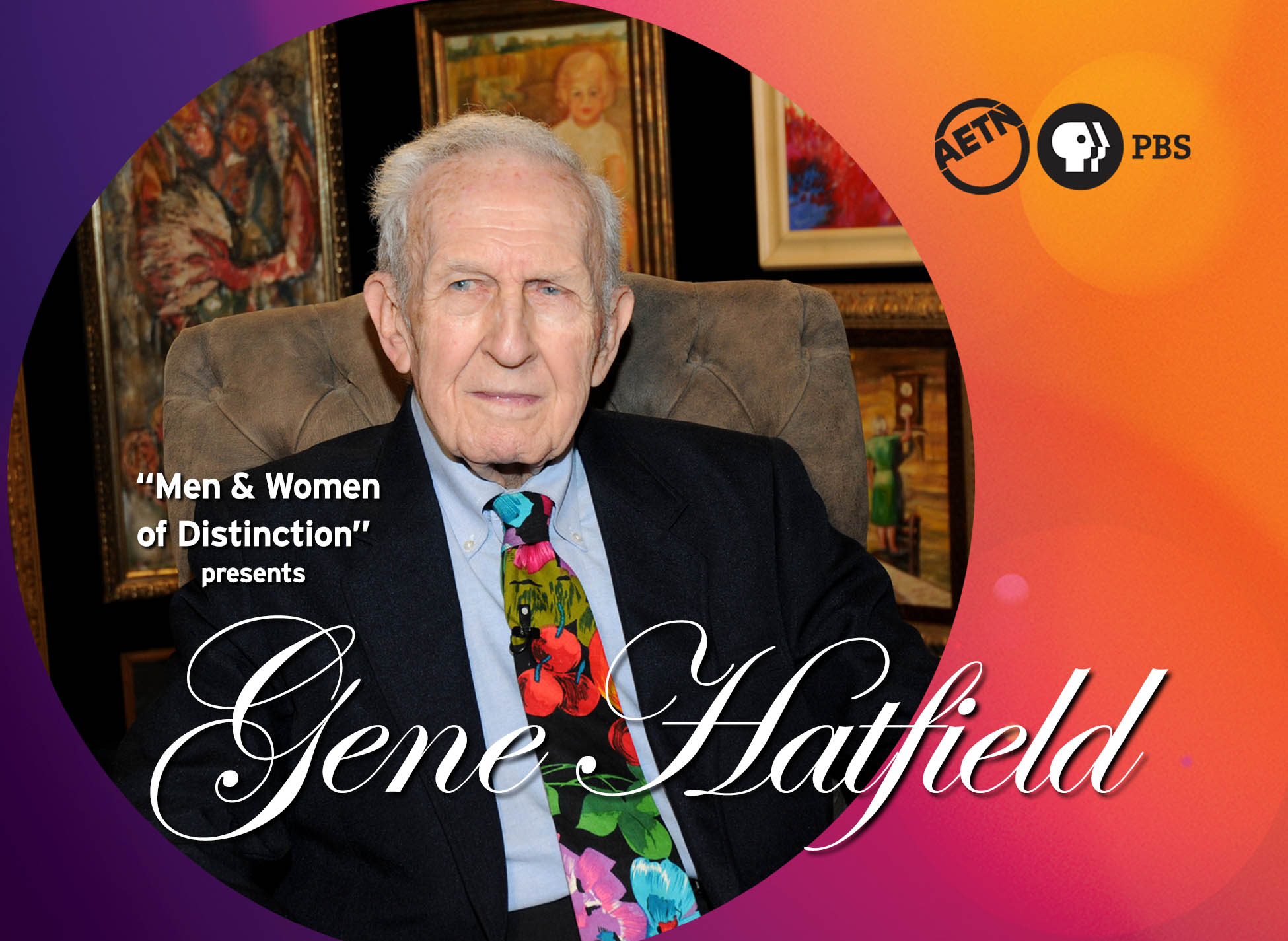 The Arkansas Educational Television Network (AETN) will host a free screening of  "Men & Women of Distinction: Gene Hatfield" Tuesday, Nov. 26, at 7 p.m. in the Brewer-Hegeman Conference Center, Rooms 111-113, on the University of Central Arkansas (UCA) campus. Parking is available at the north and south entrances to the building.

The special screening of this installment of "Men & Women of Distinction" presents the story of painter and sculptor Gene Hatfield told in his own words and colorful accounts. A lifelong Arkansan, Hatfield's unique artistic perspective was shaped by his youth during the Great Depression, his decorated combat service in World War II and his extensive formal training in some of Europe's most prestigious studios.

Following an opening reception and the screening, Hatfield, Mathilda Hatfield, AETN Executive Producer Carole Adornetto, and Producer Jon Renfroe will be on hand to discuss the documentary.

Born in 1925 in Conway, a short distance from his current home, Hatfield is one of the state's most prolific artists, with paintings and sculptures numbering in the thousands. His work is most closely compared to that of the post-impressionist masters. A true Renaissance man, Hatfield has tested his hand in nearly every form of artistic expression - acting, writing, song, dance, painting and sculpture - and continues to challenge preconceived ideas of what is and is not art.

Hatfield is also well known for the varied sculptures that fill his yard. Created from recycled materials, or "found objects," as he prefers to call them, the statues have been lightning rods for controversy in recent years. In 2002, a legal ruling in Hatfield's favor established the legitimacy of his art, and he continues to add to the collection.

Perhaps Gene Hatfield's greatest legacy is the indelible mark he made on art students during his 37-year tenure as a professor at the University of Central Arkansas. Helping to build the program from the ground up, he brought his extensive European training to the classroom. In 2010, he was honored with the award for Lifetime Achievement in the Arts, presented by the Gov. Mike Beebe.