The Arkansas Educational Television Network Foundation has received a $100,000 grant from the Windgate Charitable Foundation for successfully meeting the Foundation's challenge to acquire 7,500 new members during fiscal year 2018.

"AETN and the Arkansas PBS Foundaion are extremely grateful for this generous grant," AETN Executive Director Courtney Pledger said. "Our relationship with the Windgate Charitable Foundation is invaluable in producing more Arkansas-specific arts and cultural programming."

The Arkansas PBS Foundaion had until June 30 to complete the new member challenge and welcomed 8,140 new members during the year-long campaign. This increase in funding, combined with the grant from the Windgate Foundation, will aid in researching, developing and broadcasting locally focused and relevant programming including visual and performing arts. 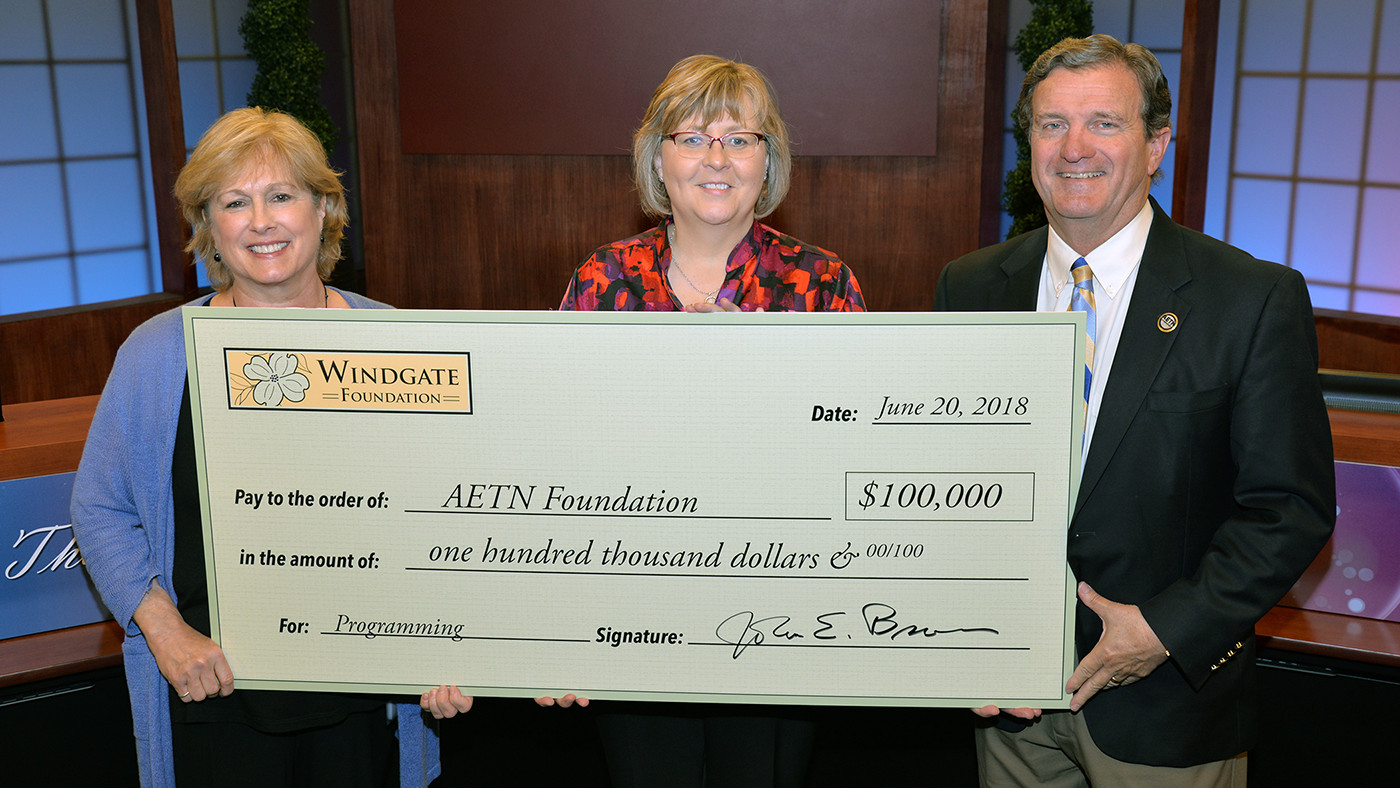 "We were pleased to join with the Arkansas PBS Foundaion in not only expanding the station's gift income, but also in advancing AETN's goals for increased Arkansas-based productions and new programming," John E. Brown III, senior advisor for the Windgate Foundation and member of the AETN Commission, said. "This challenge helped to raise new dollars and enlist many more donors to public television in Arkansas."

The Windgate Foundation is an Arkansas-based private foundation established in 1993. The Foundation has given generously across the United States with interests primarily in the visual arts and education.

The Arkansas PBS Foundaion exists to raise the funds necessary to support AETN's mission of enhancing lives through trusted public television programs and educational services. The Foundation provides Arkansans opportunities to connect with the only statewide public media outlet by becoming a financial donor, corporate or foundation partner, volunteer or by other means of giving. The Arkansas PBS Foundaion builds relationships between AETN, donors and viewers and is committed to being a transparent and accountable steward of private financial support.