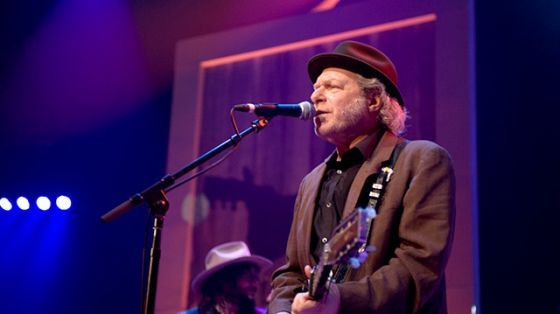 Nearly 60 years after his booming first notes hit the airwaves and, now, almost 10 years since his passing, Johnny Cash is perhaps more popular and influential than ever before.

To honor the man, his legacy and his contributions, top recording artists pay tribute to The Man in Black in Celebrating the Music of Johnny Cash: We Walk the Line! The PBS Special  held in honor of the Kingston, Ark., native and what would have been his 80th birthday  airs Monday, Aug. 20, at 8 p.m., and its a show thats not to be forgotten!
Featuring some of the biggest artists in the music industry, We Walk the Line! opens as contemporary music stars perform some of Cashs biggest hits; once-in-a-lifetime performances and duets by music legends follow. These touching performances give new life to an icon whose songs like I Walk the Line, Folsom Prison Blues and Long Black Veil gave voice to those who were never sung about.
The tremendous special, directed by Grammy winner Don Was, closes with monumental collaborations among all performers. Featured musicians include Willie Nelson, Kris Kristofferson, Sheryl Crow, Trains Pat Monahan, Ronnie Dunn, Lucinda Williams, Jamey Johnson, Shooter Jennings, Shelby Lynne and many more! Experience the taping of the sold-out concert, held at The Moody Theatre/ACL in Austin, Tex., from the comfort of your own home. Its a performance you wont want to miss!
TUNE IN:
Monday, Aug. 20, 2012
Celebrating the Music of Johnny Cash: We Walk the Line!, 8 p.m.