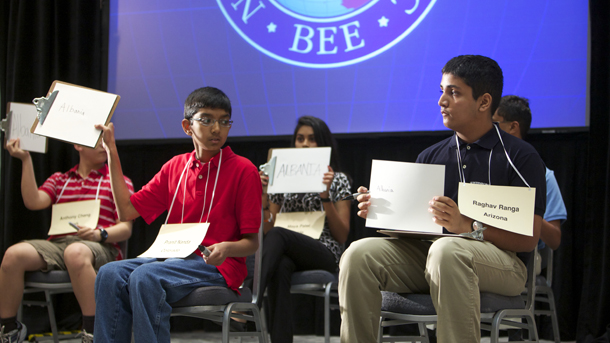 Do you know which Bavarian City located on the Danube River was a legislative seat of the Holy Roman Empire from 1663 to 1806? If you werent sure that it was Regenburg, you might not be smarter than an eighth-grader, but you shouldnt be too disappointed. The National Geographic Bee brings the United States best and brightest middle school Geography students together in Washington, D.C., each year to test their geographical knowledge about places like Regenburg. The 2012 National Geographic Bee will air Saturday, June 16, at 5 p.m. on AETN.