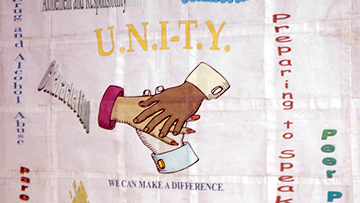 We have been doing screenings with funders and principle characters from the U.N.I.T.Y. documentary.  As each of them approaches, I feel nervous and excited all at once.  But, screening the film today with Nick Berg (a young man whose story is featured in the film) and Steve Nawojczyk (Arkansas Dept. of Human Services Division of Youth Services) made me more nervous.  Steve is such an amazing authority (locally and nationally) on youth and gang violence that we knew he should be a part of the film.  But, my nervousness was mainly created from Nick.  He is so quiet and reserved.  Just thinking about the fact that he took the time and leap of faith to entrust us to tell some very personal aspects of his journey through life.  I truly believe that because of his openness people will see that they can learn from others and make positive changes in their lives.

During the screening, Nick sat quietly behind me for the entire hour as I fought to keep from turning around to peek at his face for a glimpse of what he may be thinking.  The room was so quiet except for a muttered repeat of a phrase mentioned or a deep exhale.  I kept thinking about how many more segments, how many more minutes, how much more silence until finally…the credits rolled.  And then… in quiet tones, the words came. They were pleased and moved.  Nicks reserved smile gave him away.  Relief set in and all is well until the next screening.

Join AETN on April 28 for two hours of locally produced documentaries about breaking the cycle of violence in Arkansas. 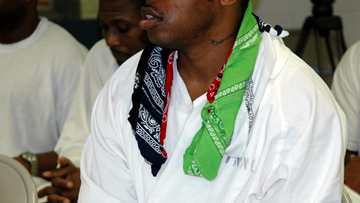 U.N.I.T.Y. is a 60-minute documentary that features a group of gang affiliated inmates in an Arkansas maximum security prison trying to reinvent themselves and reach beyond prison walls to keep teens from following their paths to incarceration.

In 2004, inmate Alvin Williams, Building Captain Jackie Davis, and Prison Psychologist Richard Moore, formed the U.N.I.T.Y. (U and I helping Teen Youth) program at Tucker Maximum Security Prison in Tucker, Arkansas. The program is a prison based intervention program with hopes of reaching into the community to educate youth about the consequences of negative gang activity.

The documentary follows a class of inmates, demonstrating the unique relationship between the brothers of U.N.I.T.Y., and how such a program can help to slow the tide of violence and incarceration for today's youth. 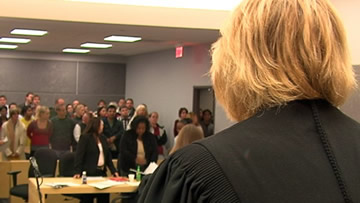 Therapeutic Justice: Life Inside Drug Court is a documentary about an innovative and successful drug court in Fayetteville, Arkansas.  The film shows the inner workings of this rehabilitation program through the eyes of a judge and a professional football player who struggles with drug addiction.  Of 2,400 drug courts in the country, the Washington-Madison County Drug Court in Fayetteville is the only one with its own TV show and the only court to hold actual sessions inside local schools.

The documentary analyzes tough issues surrounding the program, including ethical concerns over the broadcasting of drug court.  Washington-Madison County drug court appears on TV in 200,000 households in Northwest Arkansas.  Some participants in the program are wary of airing their intimate details in front of the camera, but many recognize the educational value of such a TV show.

There are ongoing efforts to keep the drug court program alive.  Despite one of the highest success rates in the country, Fayettevilles drug court is in danger of being terminated if it doesn't receive much-needed funding from the state.  Therapeutic Justice explores the benefits of keeping such a program going. 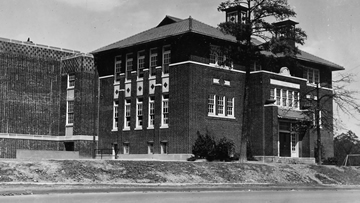 Woodruff Elementary school opened under a big top tent in the fall of 1911 when construction of Little Rocks newest neighborhood school fell short of the opening of the new school year.  But, the doors were soon open and for 98 years it served as an anchor for a changing neighborhood. In 1988, with the neighborhood under siege from gang rivalries, a new era began.  A dedicated principal, counselor and staff launched an experiment in conflict resolution that lasted until the school closed as an elementary school in June of 2009.

Through this experiment, students learned to work out disputes, avoid fights, celebrate non-violence and in the process academic performance and test scores soared.  During its final days in 2009, Woodruff finished a run of more than 300-days without a fight and was Little Rocks only recognized school of excellence.

Producer Ron Blome, Woodruff is the story of a neighborhood school that mirrored a changing city for 98 years.  In the end, it was a school that learned how to survive and thrive in the midst of gang warfare and neighborhood conflict.