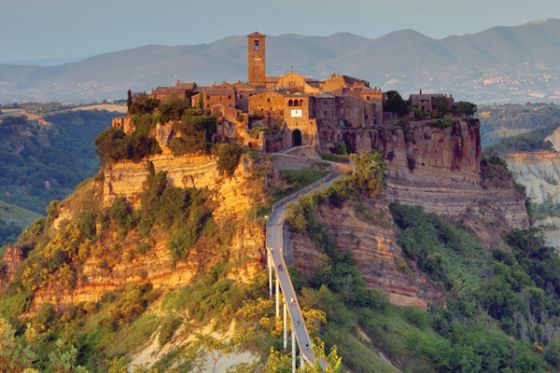 Travel expert Rick Steves will visit the AETN Studios for a live broadcast Saturday, March 17, at 9:00 a.m. He will outline tips for his style of European travel, as well as offer general travel advice.  The broadcast will feature discussion and footage from some of Steves travels around Europe, including Dubrovnik and Balkan Side-Trips, Norway's West, Galicia and the Camino de Santiago.

Episodes of Rick Steves Europe airing in conjunction with Steves visit include:

• Dubrovnik and Balkan Side-Trips  Nestled inside its mighty ramparts is Dubrovnik, the Pearl of the Adriatic. From this remarkably preserved medieval fortress city, Steves ventures into less-touristed corners of the former Yugoslavia. In Bosnia, he visits Mostar, war-torn in the 90s, but bursting with promise today. In Montenegro, he sails the fjord-like Bay of Kotor and explores its mysterious, mountainous interior.

• Norway's West: Fjords, Mountains and Bergen  For Scandinavia's most thrilling sightseeing, Steves sails under towering fjord cliffs, hikes on powerful glaciers and finds surviving traditions in remote farm hamlets. Then he delves into the Hanseatic heritage and enjoys the salty hospitality of Norway's historic capital, Bergen.

• Galicia and the Camino de Santiago  Steves follows the trail pilgrims have trod for centuries, from the French border to Santiago de Compostela in the northwest corner of Spain. Along the way, he stops off in Pamplona to run with the bulls and dives into the unique Celtic culture of Galicia, where Riverdance meets flamenco.

Watch a clip, see his slideshow and more on his website.

TUNE IN: Catch Rick Steves "Hidden Europe" live on AETN Saturday, March 17 at 9:00 and on AETN Create every day except Tuesdays and Wednesdays at 8 a.m.