Arkansas PBS > Engage > Blog > Still on the Hill & Give me the Banjo-finger pickin' good.

My mom picked up the banjo in a previous life and recently had it refurbished for me, including the original beautiful wooden case it sleeps in…theres something about the tinny, pickin, unique sound from that instrument that inspires a smile and perhaps a little jig (not for a public audience mind you.)  Thoughts of mountains and cabins and fresh air make me smile.  I cant carry a tune with it, but look forward to the day someone is brave enough to take me on as a student and help me learn it.

A great match on Friday with some banjo, folkgrass and toe tapping music with Still on the Hill and Give me the Banjo on AETN Arts Fridays  its truly finger pickin' good.  Hailing from the Ozarks, Still on the Hill features unique folkgrass on AETN Presents:  On the Front Row 6:30 this Friday followed at 9 p.m. by PBS Arts from the Blue Ridge Mountains: Give Me The Banjo.

AETN Presents: On the Front Row With Still on the Hill 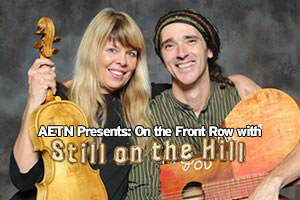 Hailing from the Ozarks, Still on the Hill features a unique brand of Arkansan "folkgrass." The accomplished multi-instrumental and 2010 Governor's Arts Award-winning duo of Kelly Mullhollan and Donna Stjerna performs primarily their original compositions interspersed with new arrangements of traditional songs. Learn more » 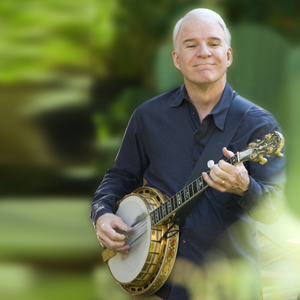 PBS Arts from the Blue Ridge Mountains: Give Me The Banjo.

Narrated by Steve Martin, a banjoist himself, the film explores the roots of American music  the minstrel show, ragtime and early jazz, blues, old-time, folk, bluegrass and country. It is a story of America's quintessential musical instrument from its African slavery roots to the 21st century, featuring performances and commentary from contemporary folk musicians such as Pete Seeger, Earl Scruggs, Taj Mahal, Béla Fleck and the Carolina Chocolate Drops, as well as from leading music historians, instrument builders and collectors.

Ozark: A Celebration in Song 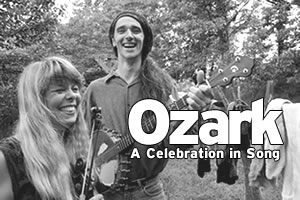 This film is a 60-minute documentary of Still on the Hill and is mixture of storytelling, interviews and song produced by Jones Television in Springdale with support from a grant from the Arkansas Department of Heritage.

The story of the song "Devil Snake" is featured in the film. Violet Hensley from Yellville, Ark., who was voted an Arkansas Living Treasure by the Arkansas Arts Council, caves fiddles and puts a rattlesnake rattle in each one. She said her mother told her that the fiddle was the devil's instrument and the rattle would keep him away. Another song described is about a young ex-slave, Willie, who was found by a Confederate soldier on his way home to Snowball, Ark. The soldier taught Willie how to be a stone mason, and Willie helped to build much of the town of Snowball. Learn more »