There’s no summer slump in PBS programming! All summer long, be on the lookout for outstanding line-up of new and returning dramas, documentary specials, indie films, and a great lineup of science, nature and history programs. 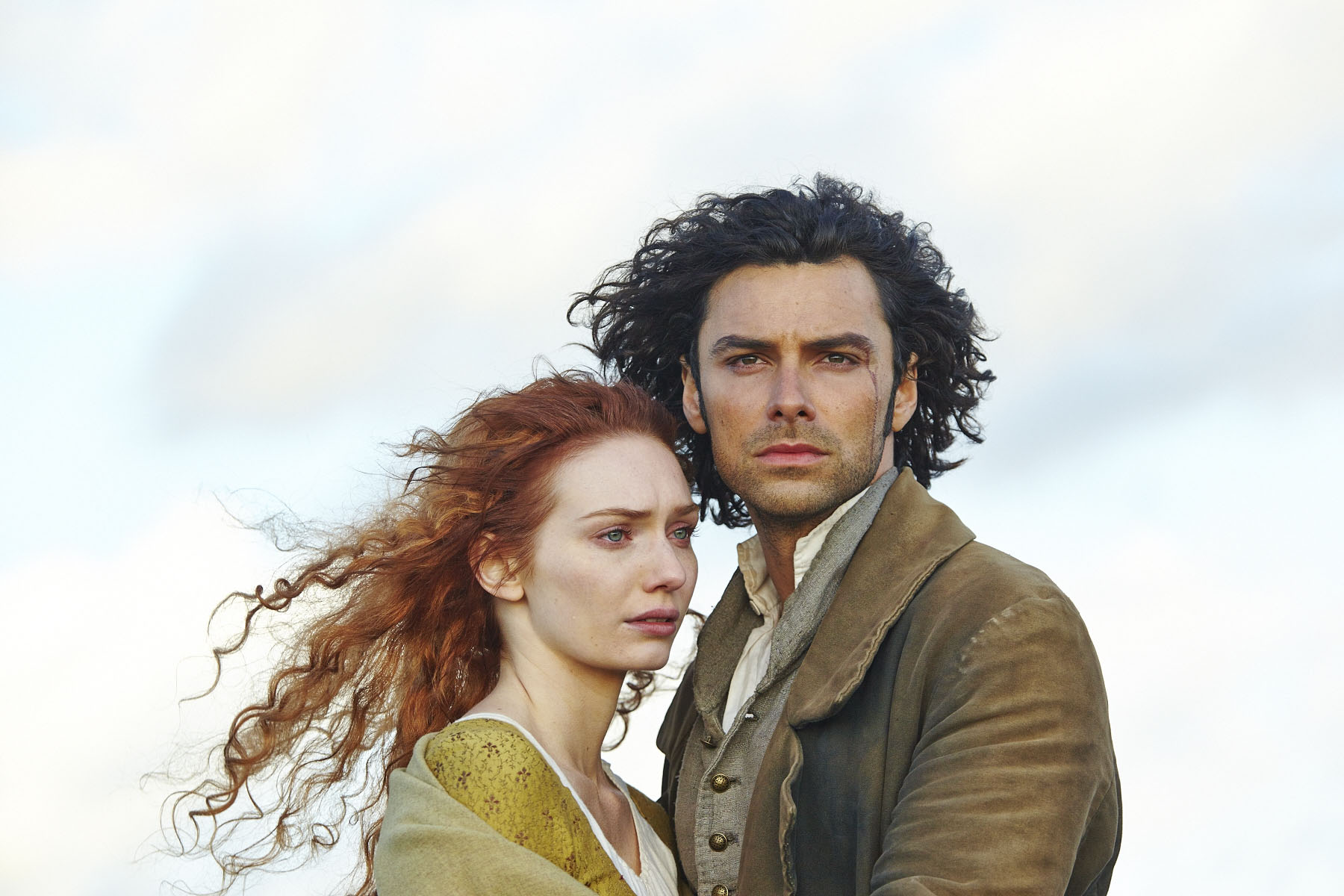 A swashbuckling new adaptation of the iconic hit series, premieres June 21. The re-imagined saga stars Aidan Turner (“The Hobbit”) as the dashing squire Ross Poldark, a redcoat who returns to Cornwall after the American Revolution and finds that his fighting days are far from over. Robin Ellis, who played Poldark in the 1970s PBS adaptation, appears in the role of Reverend Halse. Eleanor Tomlinson (MASTERPIECE “Death Comes to Pemberley”) plays the spunky Cornish miner’s daughter taken in by the gallant captain. 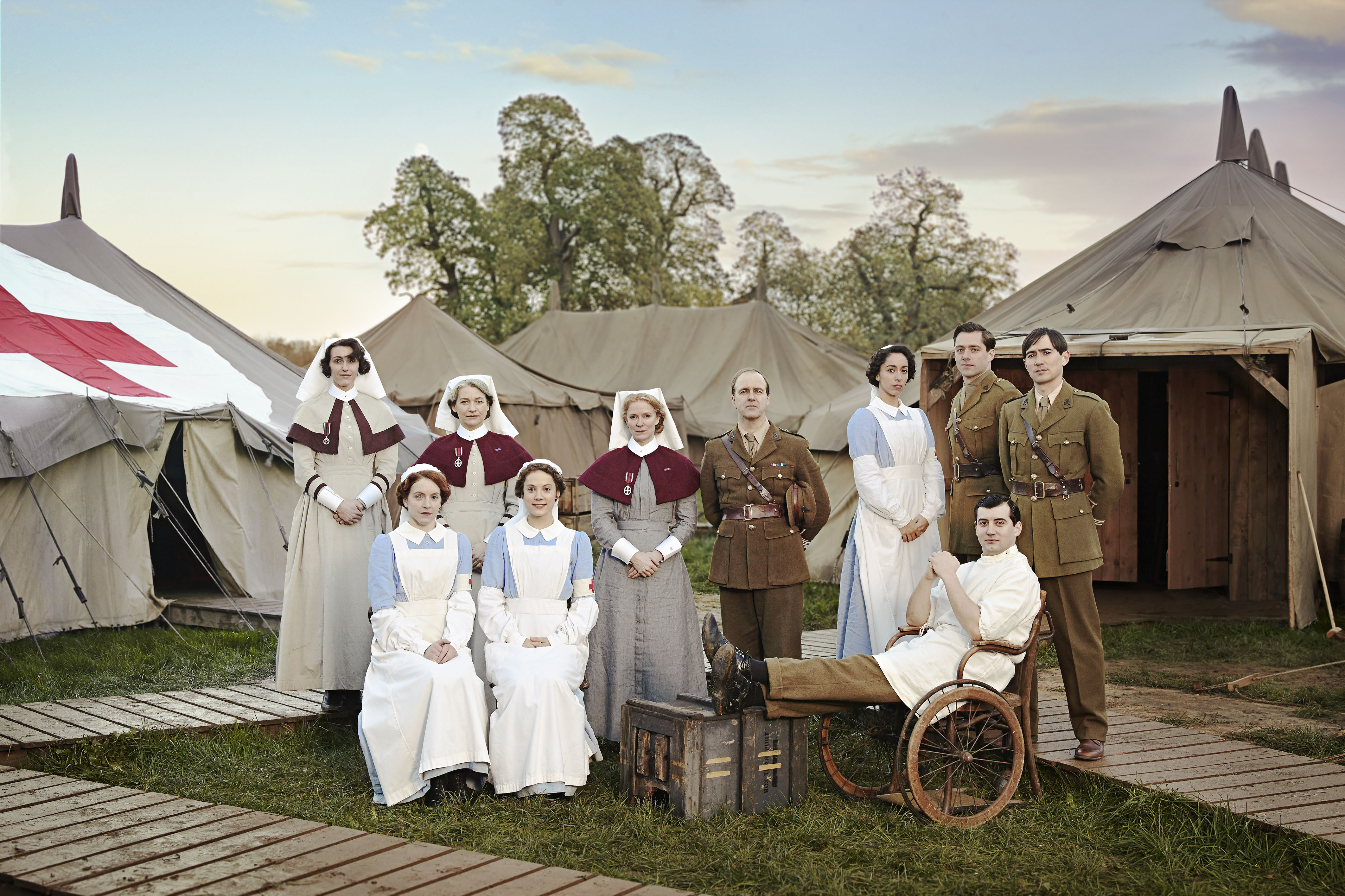 Oona Chaplin (“Game of Thrones,” “The Hour”) stars in a drama about WWI’s frontline medics — their hopes, fears, triumphs and tragedies. In a tented field hospital on the coast of France, a team of doctors, nurses and women volunteers works together to heal the bodies and souls of men wounded in the trenches. The hospital is a frontier: between the battlefield and home front, but also between the old rules, hierarchies and a new way of thinking. Each of the six episodes follows the lives of volunteer nurses Kitty Trevelyan (Chaplin) and Sister Joan Livesey (Suranne Jones) as they tend to British soldiers, troops from all over the world and even local civilians. Also starring Hermione Norris, Kevin Doyle, Kerry Fox and Marianne Oldham. 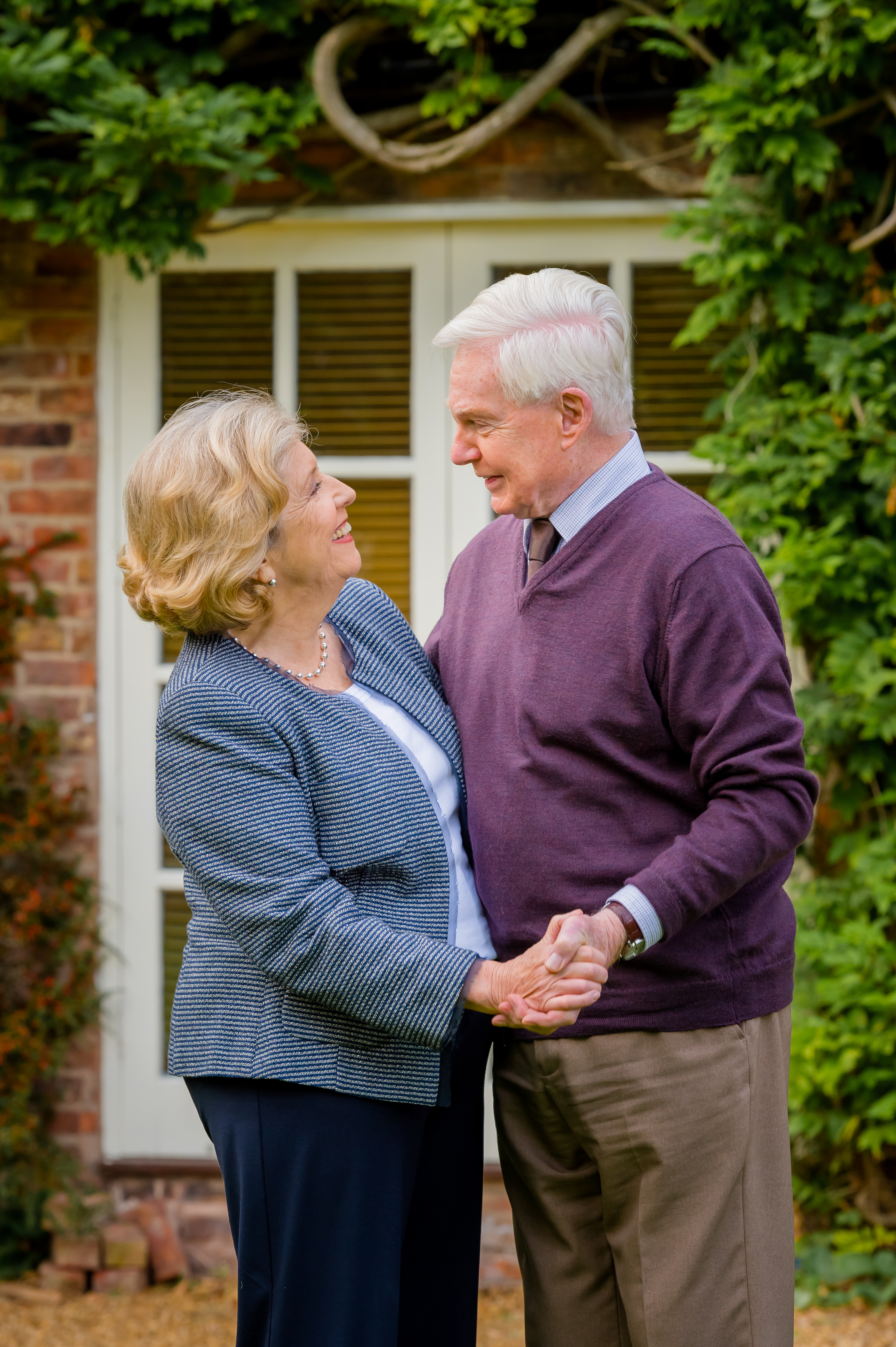 The third season of this award-winning series continues to celebrate love and life as the reunited childhood sweethearts Celia (Anne Reid) and Alan (Derek Jacobi) plan to make the most of their time together when a surprise visitor stops them in their tracks. 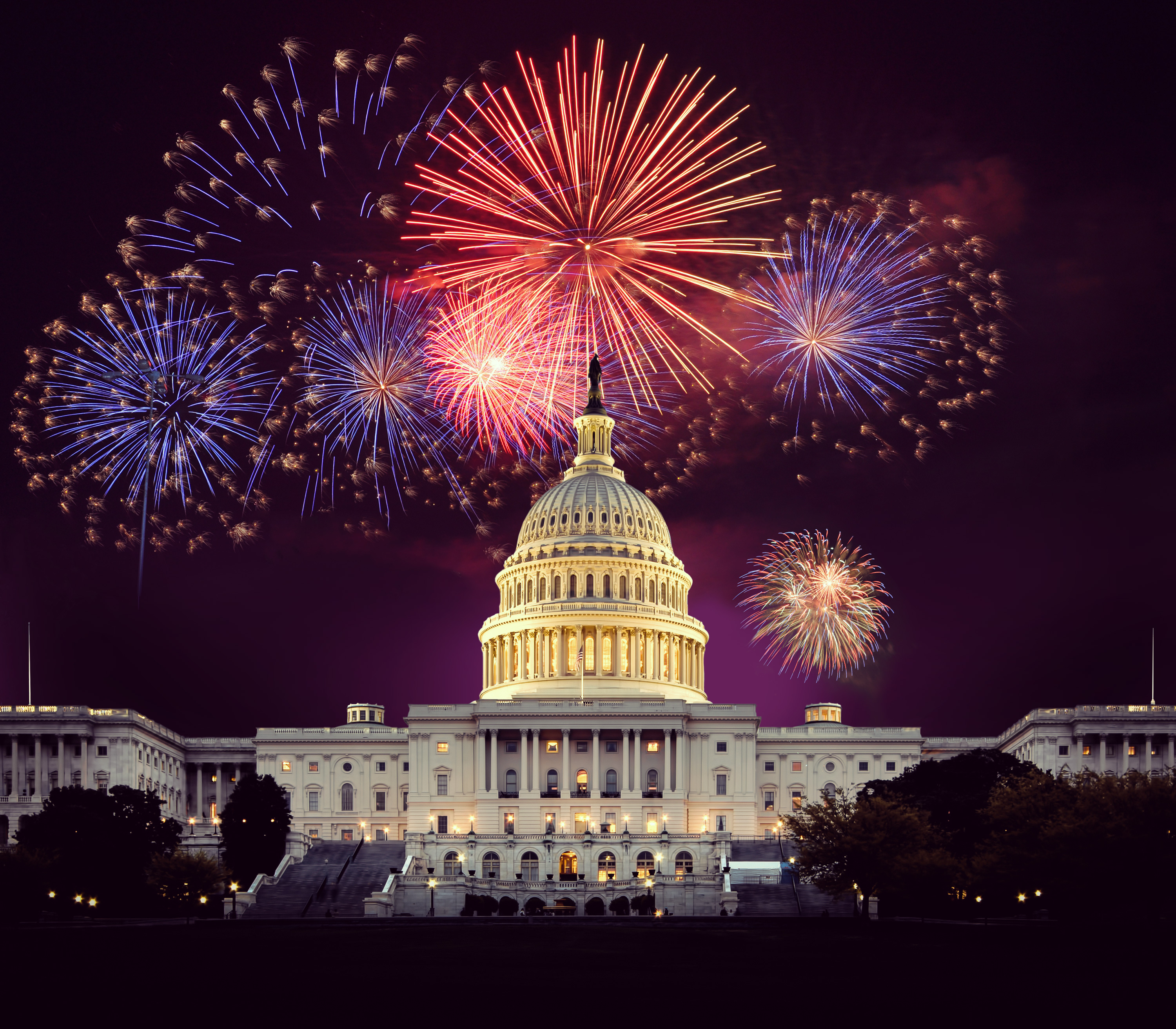 Celebrating 35 spectacular years on air, "A Capitol Fourth" kicks off the country’s 239th birthday with an all-star musical extravaganza that puts viewers front and center for the greatest display of fireworks anywhere in the nation. America’s favorite Independence Day celebration is broadcast live from the West Lawn of the United States Capitol, before a concert audience of hundreds of thousands, millions more at home, and on the American Forces Network, to our troops serving around the world. 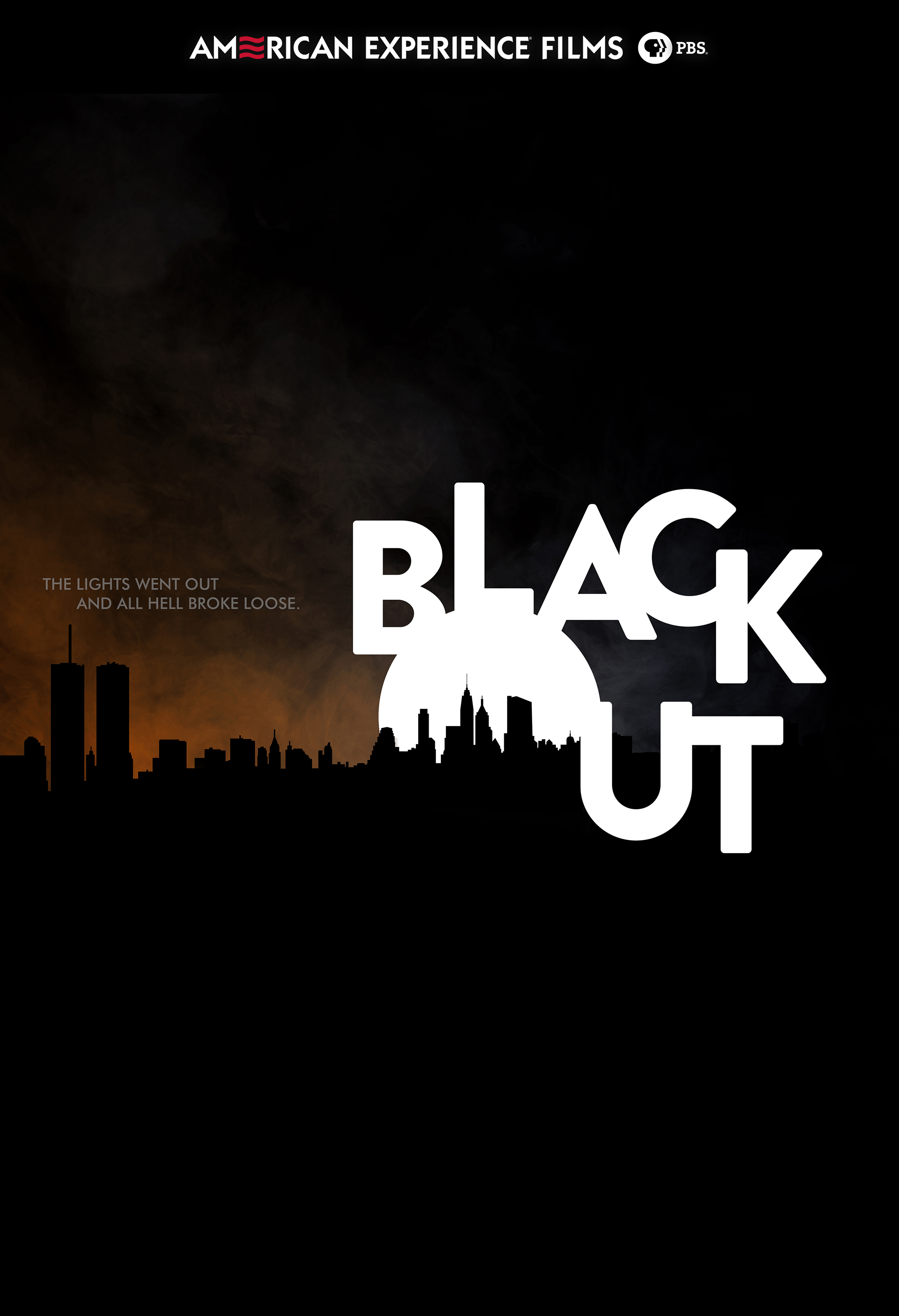 Look back at what happened in New York City the night the lights went out in the summer of 1977, plunging seven million people into darkness. The event led to both horrifying lawlessness and acts of selflessness and generosity.


“Great Performances at the Met: The Merry Widow” 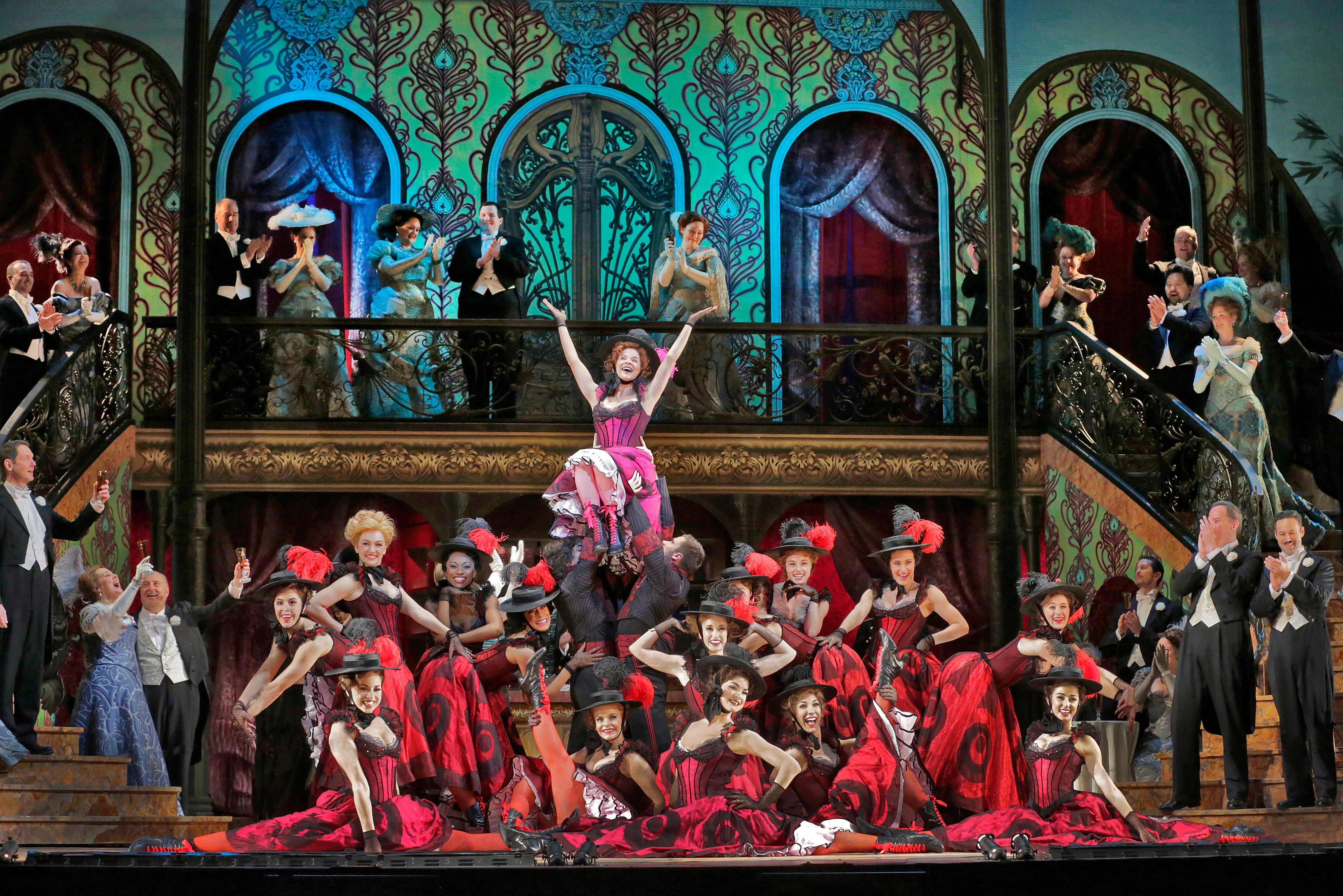 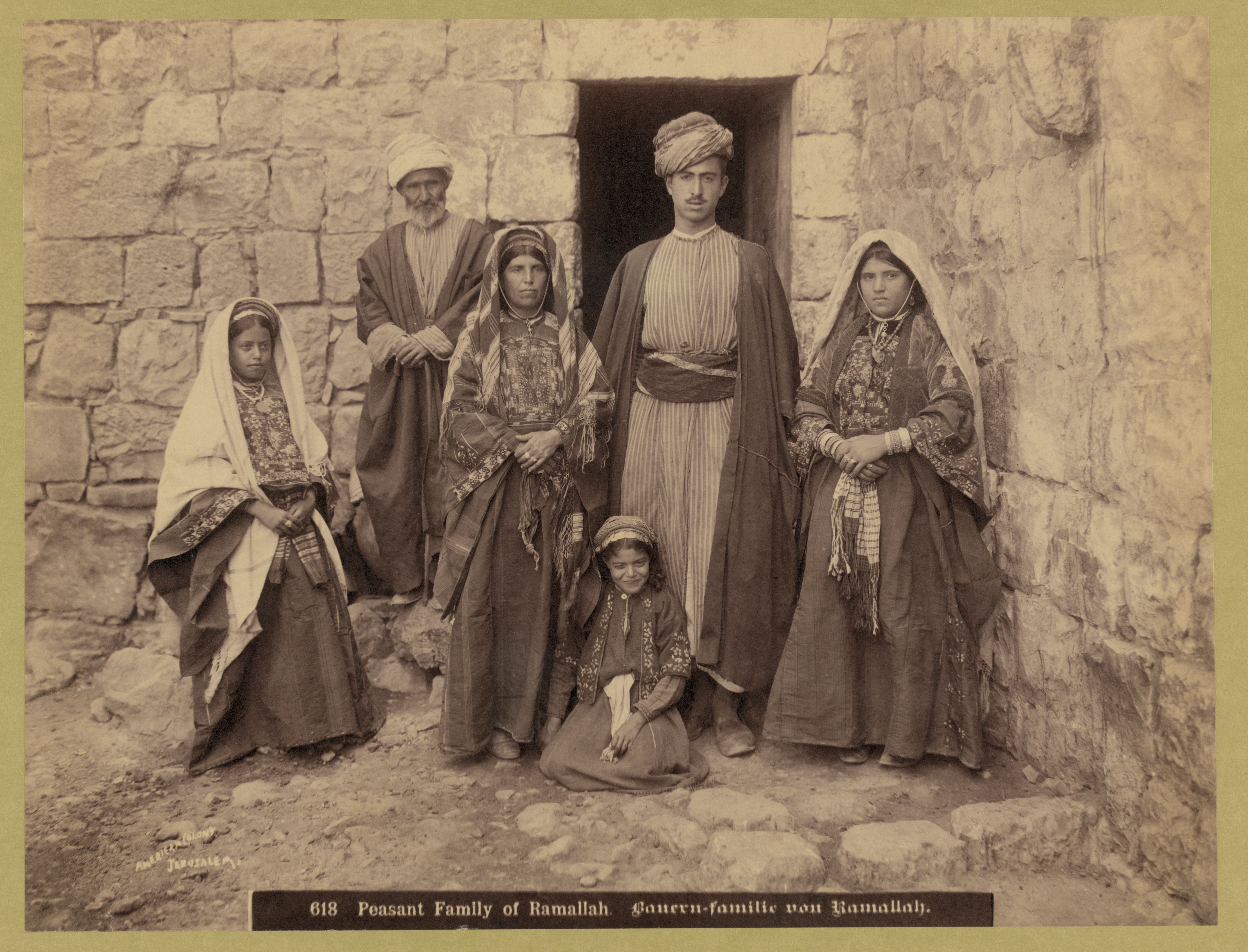 Explore the seeds of today’s Middle East conflict, sown in pre-World War I Ottoman Palestine. By weaving together Arab and Jewish histories, the film dispels old myths and provides fresh insights into dramatic events that presaged a century of unrest. 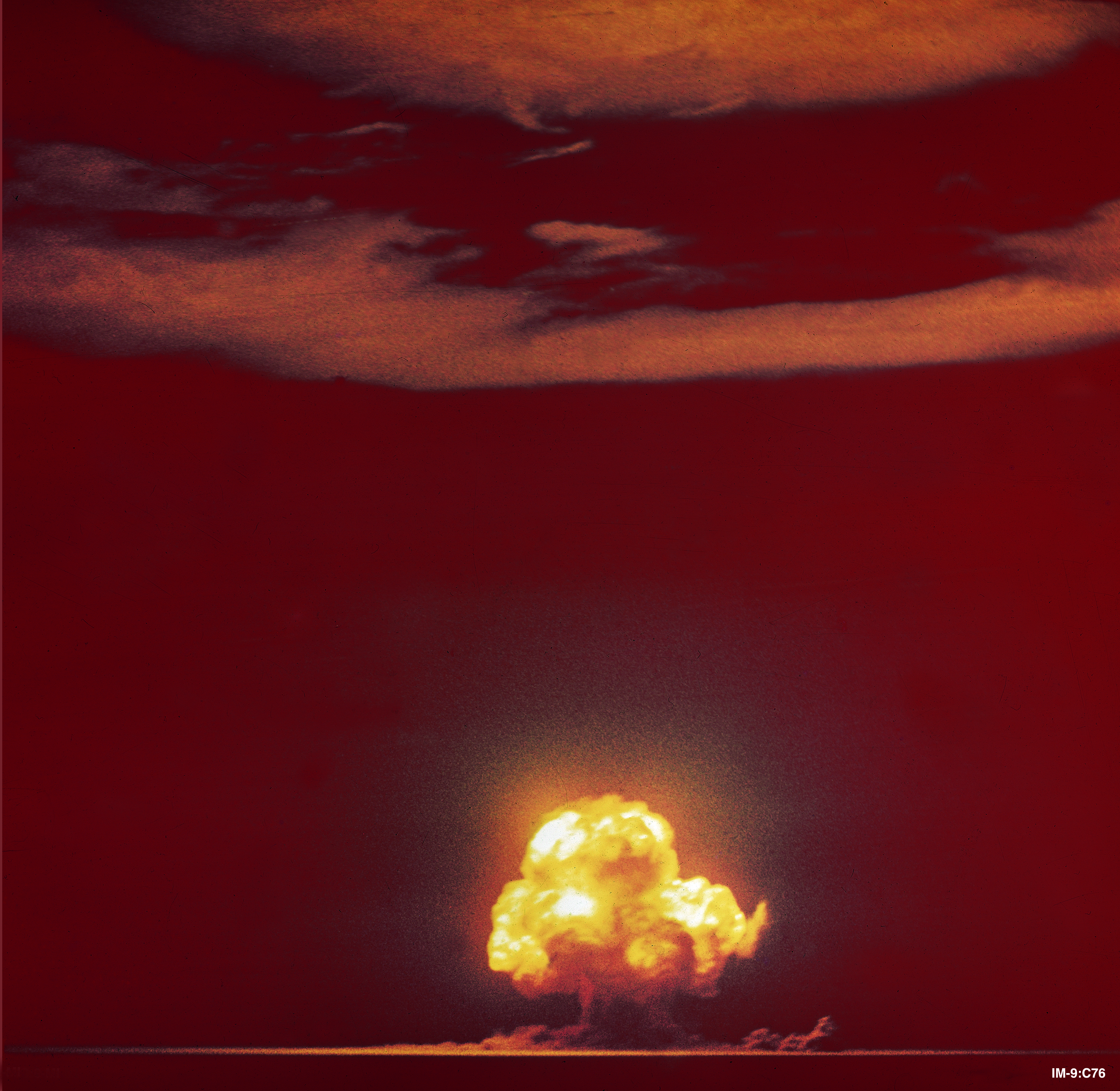 On the occasion of the 70th anniversary of the dawn of the nuclear age, PBS presents “The Bomb.” Using newly restored pristine footage, some of which has only recently been declassified, the program tells the story of the most powerful and destructive invention in human history, from the first atomic bomb to today: how it was developed, how it changed everything and how it continues to shape our lives. Hear from scientists, weapons designers, pilots who dropped nuclear bombs, former Secretaries of Defense and State, witnesses to nuclear explosions, historians and ordinary men and women who have lived and worked with The Bomb.

National Gallery takes the audience behind the scenes of a London institution, on a journey to the heart of a museum inhabited by masterpieces of Western art from the Middle Ages to the 19th century. 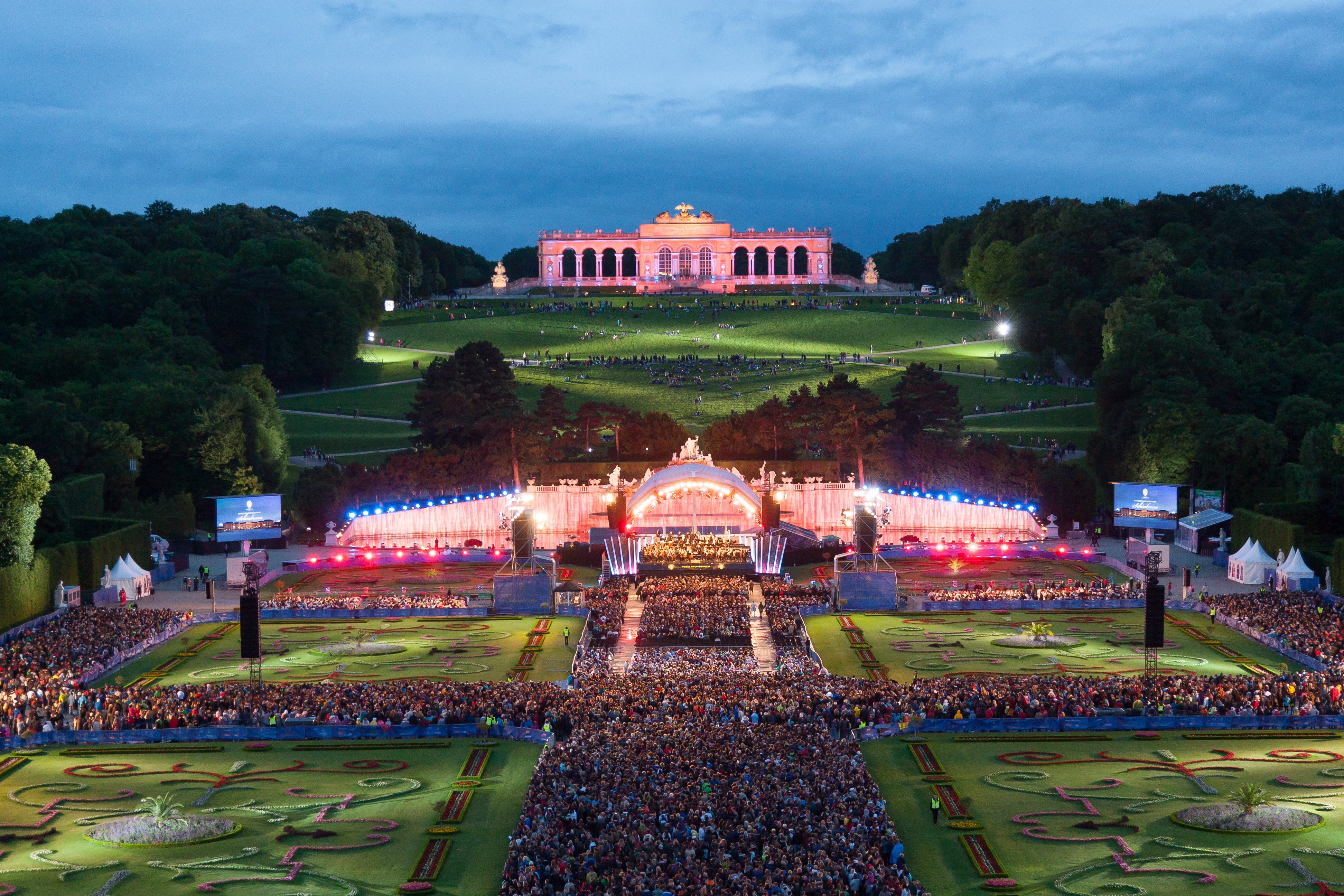 Each summer, the renowned Vienna Philharmonic performs an enchanting open-air concert, under the direction of a guest conductor, from the magnificent gardens of Austria’s Imperial Schönbrunn Palace, a UNESCO World Cultural Heritage Site. Zubin Mehta conducts, with acclaimed pianist Rudolf Buchbinder as soloist. The concert will include works by Edvard Grieg, Jean Sibelius, Richard Strauss and Johann Strauss II.

Discover the story of Althea Gibson (1927-2003), a truant from the rough streets of Harlem, who emerged as the unlikely queen of the highly segregated tennis world in the 1950s. Bringing a fierce athleticism to the game, she was the first African American to play and win at Wimbledon and the U.S. Nationals — a decade before Arthur Ashe. The documentary explores Gibson’s roots as a sharecropper’s daughter, her family’s migration north to Harlem in the 30s and her mentoring by boxer Sugar Ray Robinson, former New York City mayor David Dinkins and others. Interviewees include Dinkins, Wimbledon champion Dick Savitt and Billie Jean King, who also serves as one of the film’s executive producers. 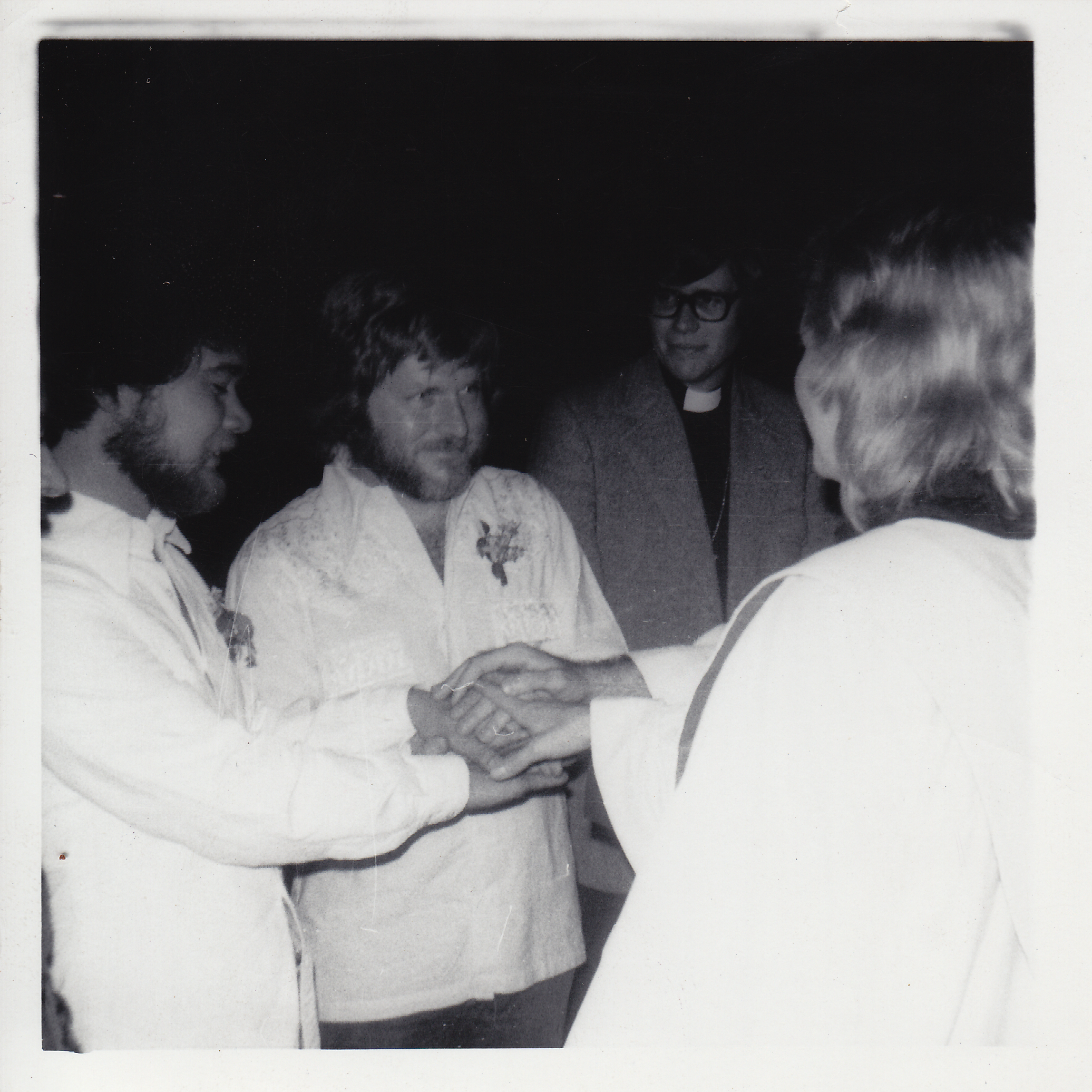 In 1975, when American Richard married Australian native Tony in one of the first same-sex marriages performed in the U.S., they found themselves on the front lines in the battle for legal immigration status for same sex spouses. 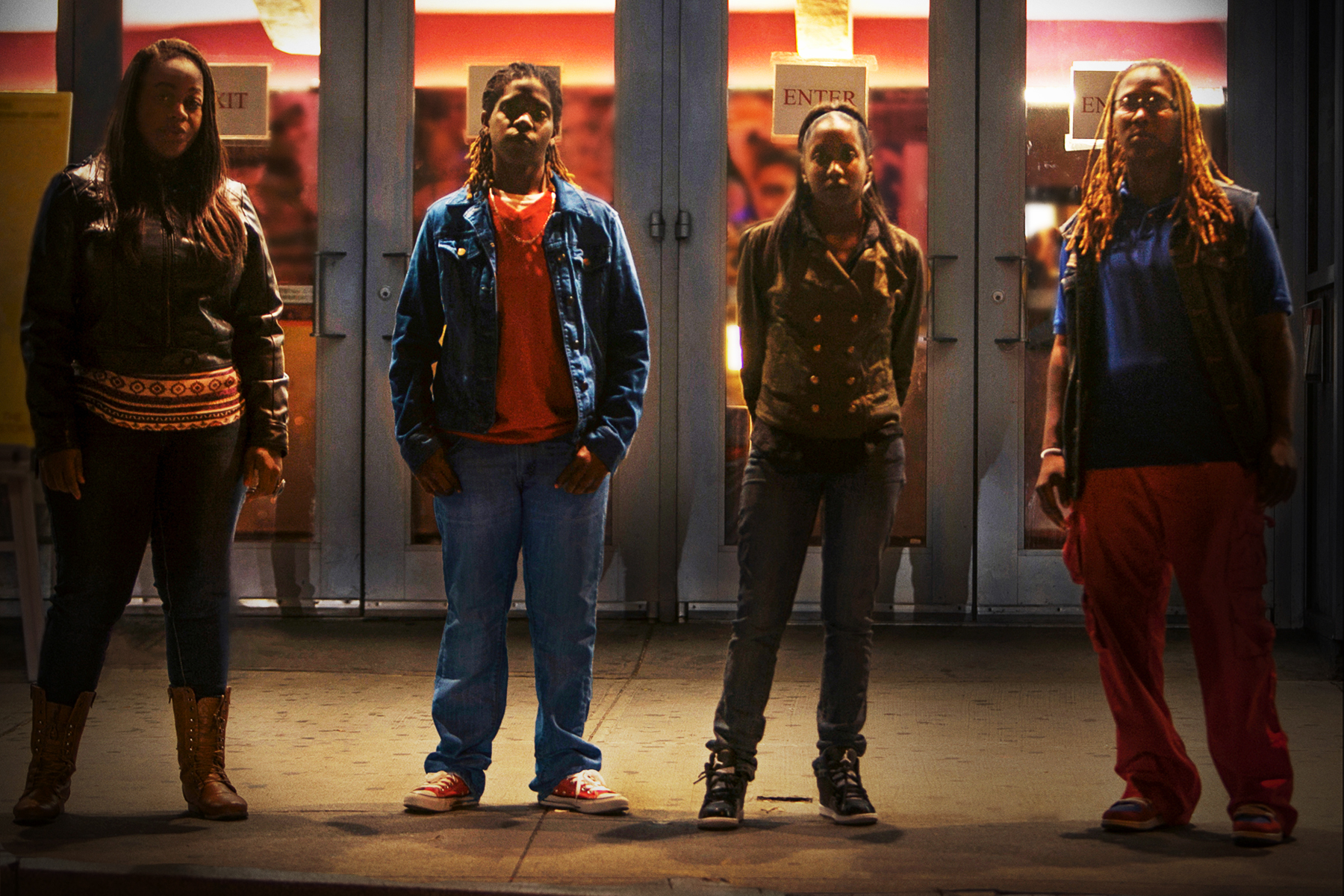 Witness the uphill battle of a group of African-American lesbians charged with attempted murder when they fought back after being threatened by a man on a New York street. The case reveals the role that race, gender identity and sexuality play in the criminal justice system. 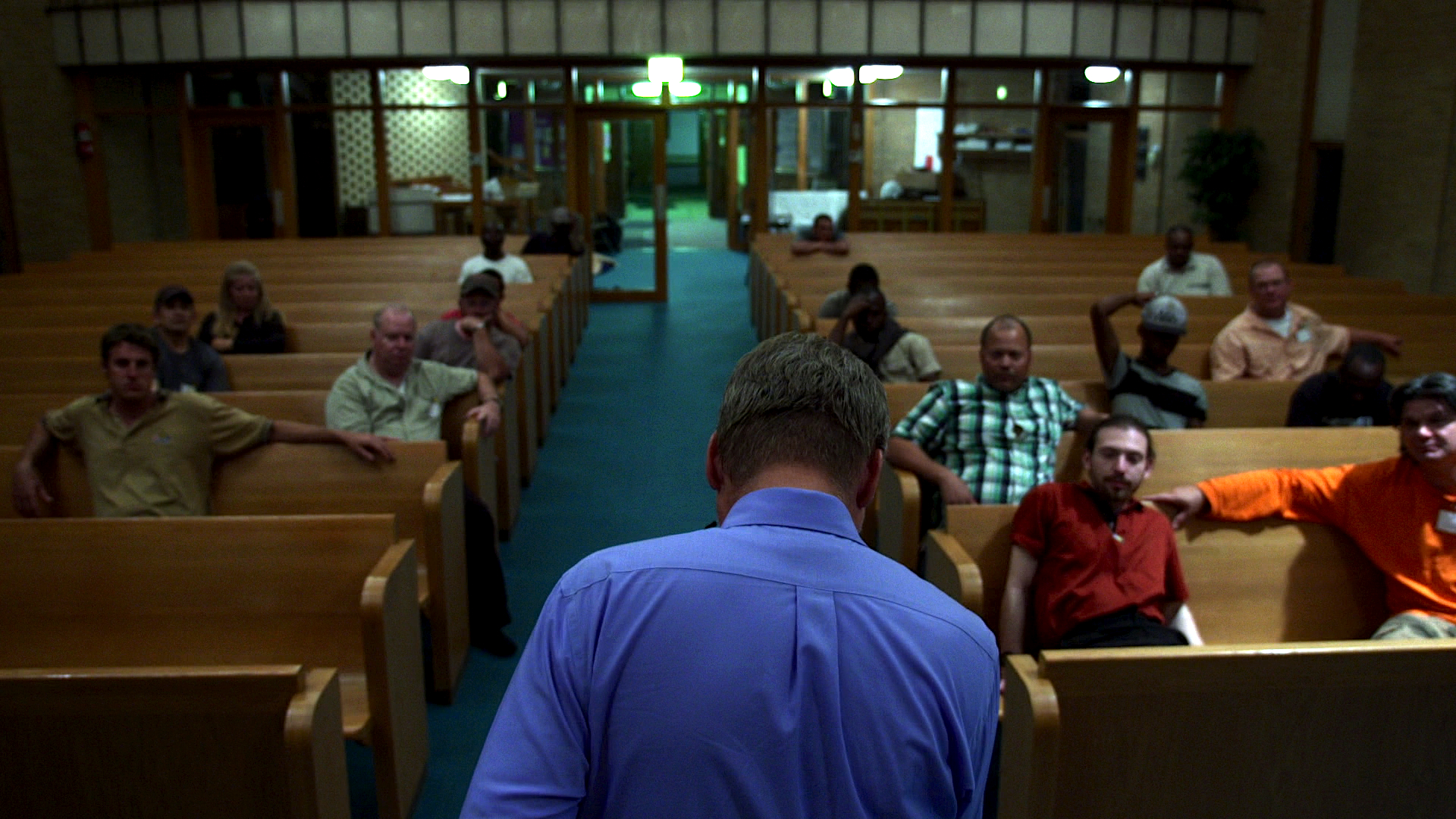 In a North Dakota town where the oil business is booming, many find slim work prospects and a severe housing shortage. Pastor Jay Reinke converts his church into a makeshift dorm and counseling center, allowing hundreds of men, some with checkered pasts, to stay despite the congregation’s objections and neighbors’ fears. When opposition to the “overnighters” reaches a boiling point, Pastor Jay makes a decision with shattering consequences. A modern-day Grapes of Wrath, “The Overnighters” tells an electrifying story about the promise of redemption and the limits of compassion. 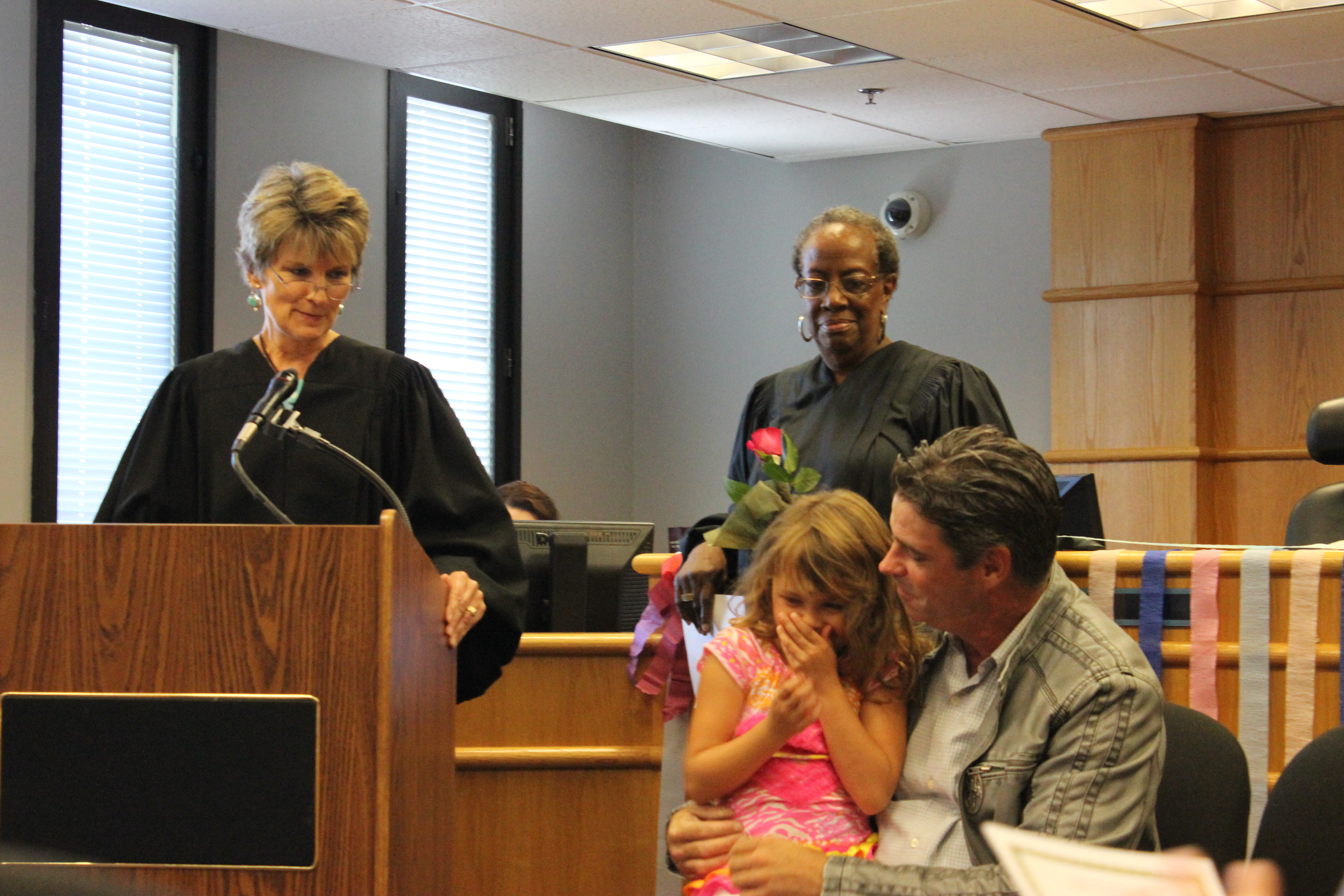 Having lost custody of their children to Child Protective Services, two parents acknowledge their past parenting mistakes, due to poverty, poor choices and addiction, as they fight to win back the trust of the courts and reunite their families in Stephanie Wang-Breal’s moving film. 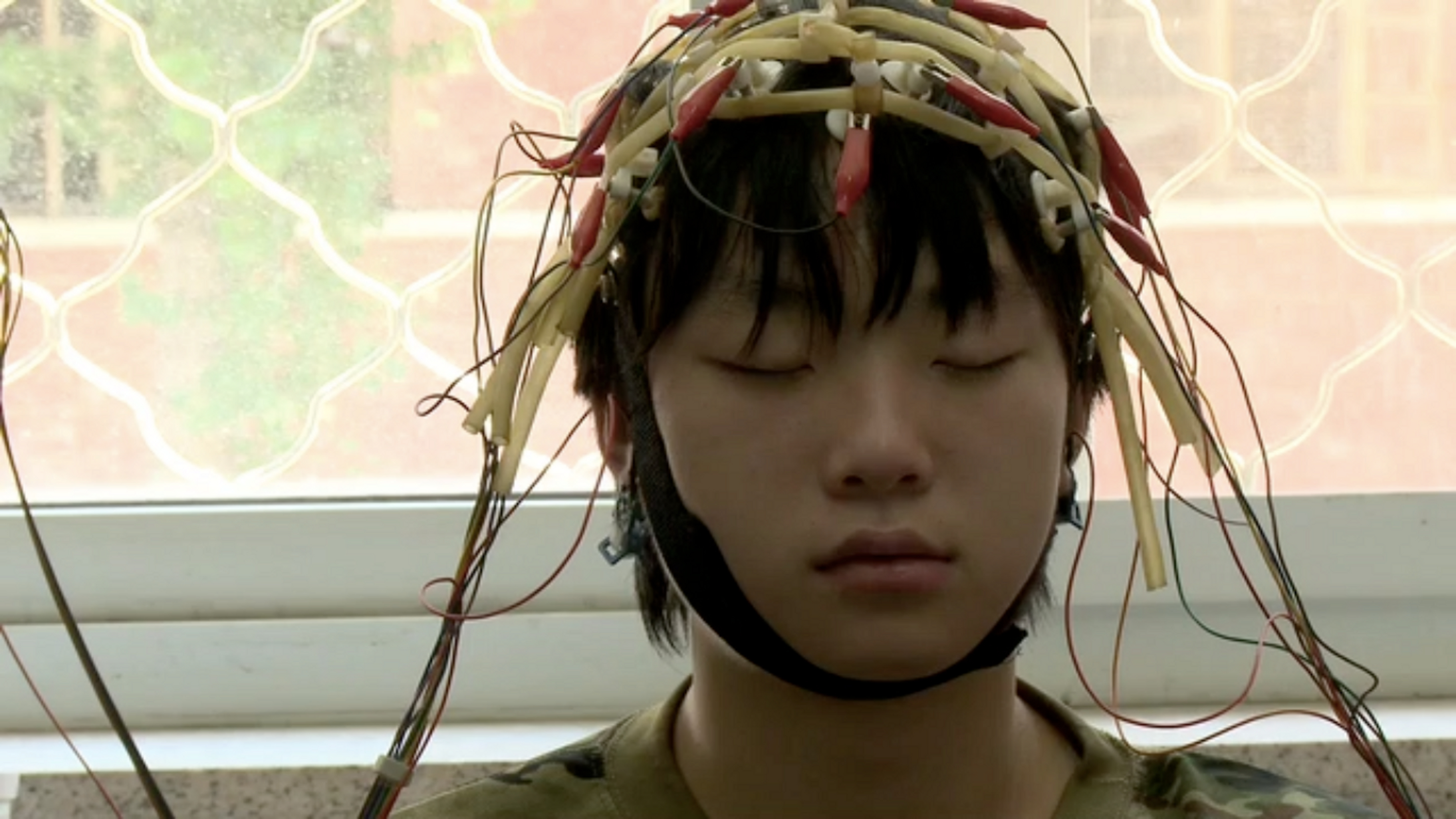 Internet addiction has been declared a national health crisis in China, the first country in the world to classify this evolving diagnosis. For “Web Junkie,” Israeli filmmakers Shosh Shlam and Hilla Medalia gained extraordinary access to a three-month military-style rehab program in Beijing, illuminating a process that, while stern, may help set a standard as the wider world comes to grips with the devastating consequences of excessive internet use. 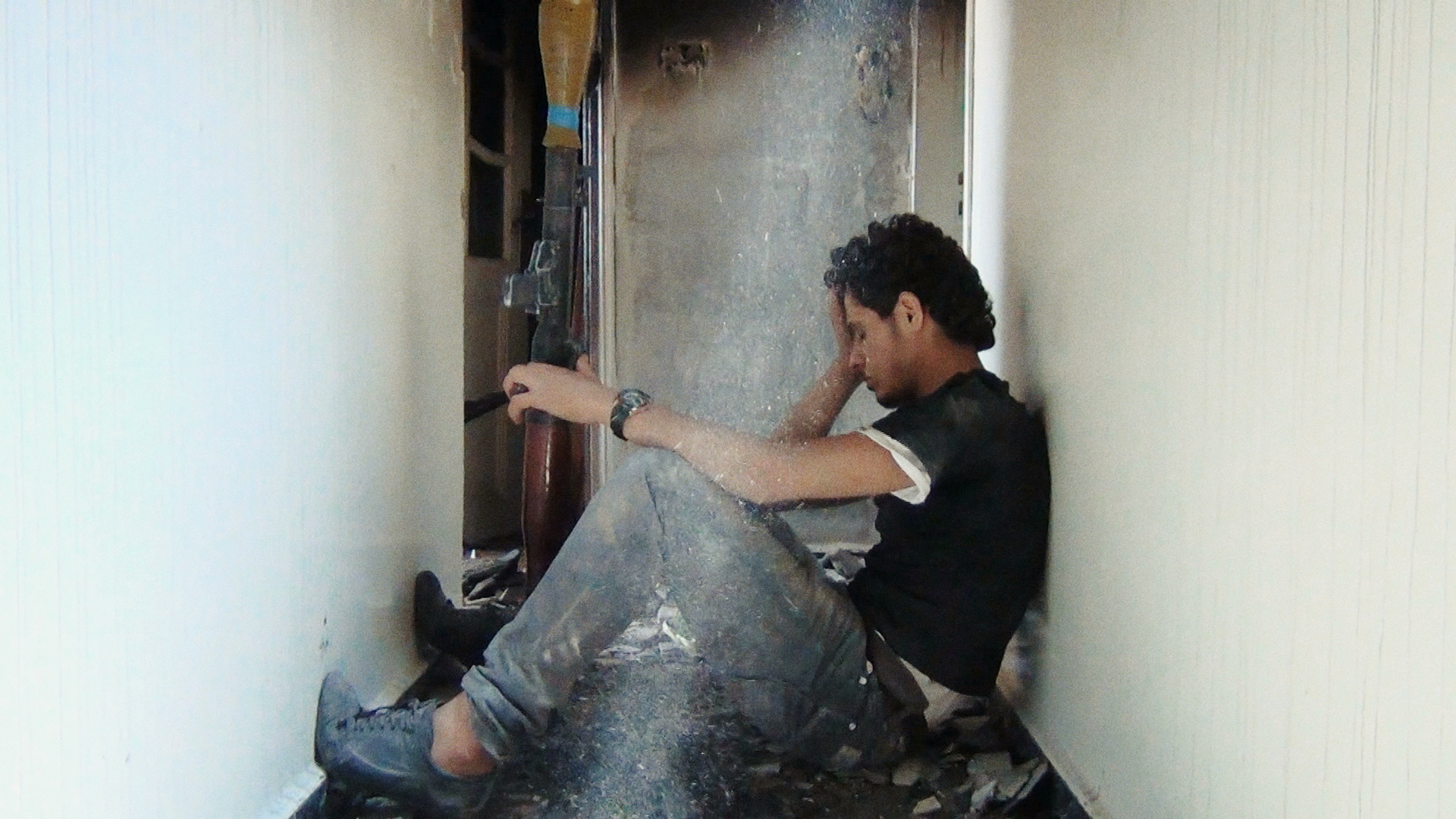 Basset Saroot, former star of the Syrian national soccer team, went from peaceful advocate of Arab Spring reforms to armed insurgent. The Sundance award-winning “Return to Homs” follows 19-year-old Basset and his ragtag group’s transformation and struggles in an unprecedented, heart-stopping look at the brutal war President Bashar al-Assad’s regime has waged against the Syrian people. 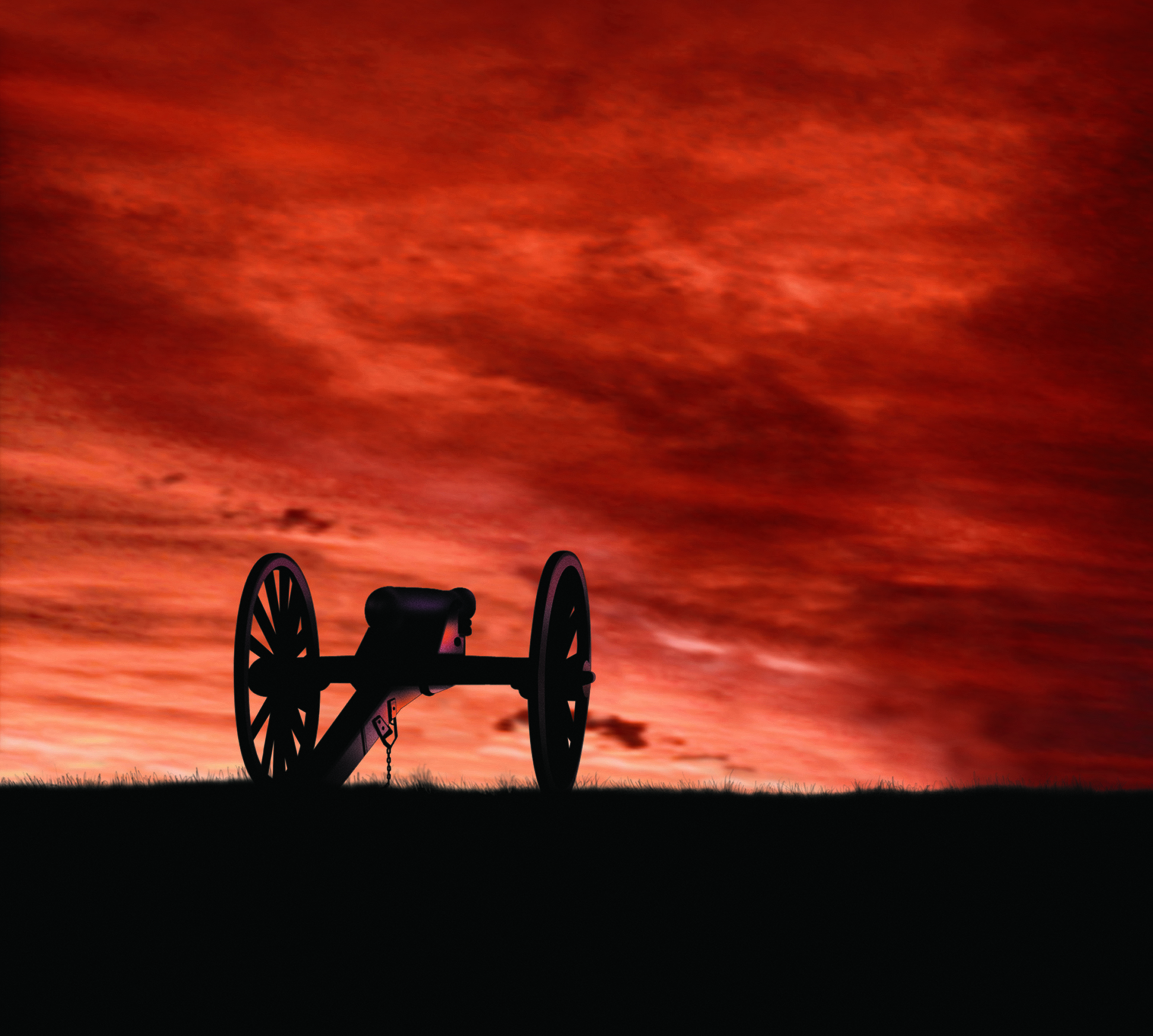 The award-winning film produced and directed by Ken Burns, will be rebroadcast over five consecutive nights in September. The broadcast, which coincides with the 25th anniversary of its initial broadcast in September 1990, will present for the first time a newly restored high-definition version. This is the first time the film will be seen with the same fidelity and framing as the negative that Burns and his co-cinematographers Allen Moore and Buddy Squires shot more than 25 years ago.

See how the mixing of ancient human genes helped us survive and thrive around the globe.  Developments in genetics, archaeology and anthropology cast new light on 200,000 years of history, detailing how Homo sapiens came to be the dominant human species. 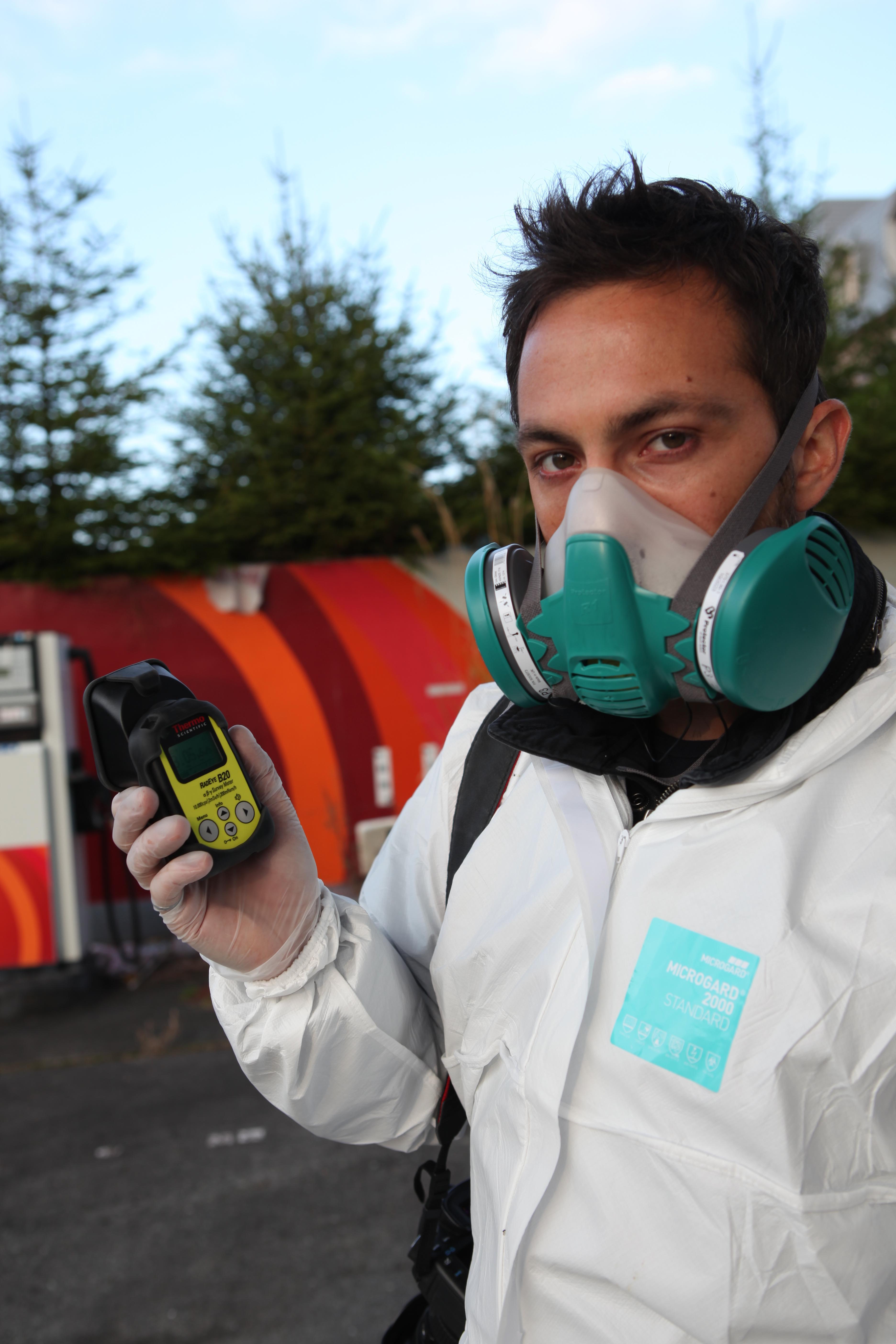 Host and physicist Dr. Derek Muller unlocks the mysteries of uranium, one of the Earth’s most controversial elements. Born from the collapse of a star, uranium has brought hope, progress and destruction, revolutionizing society, medicine and warfare. It has profoundly shaped the past, will change the future and will exist long after humans have left the Earth. Filmed on five continents, this two-hour program delivers a gripping story of an ancient element’s footprint on the world. 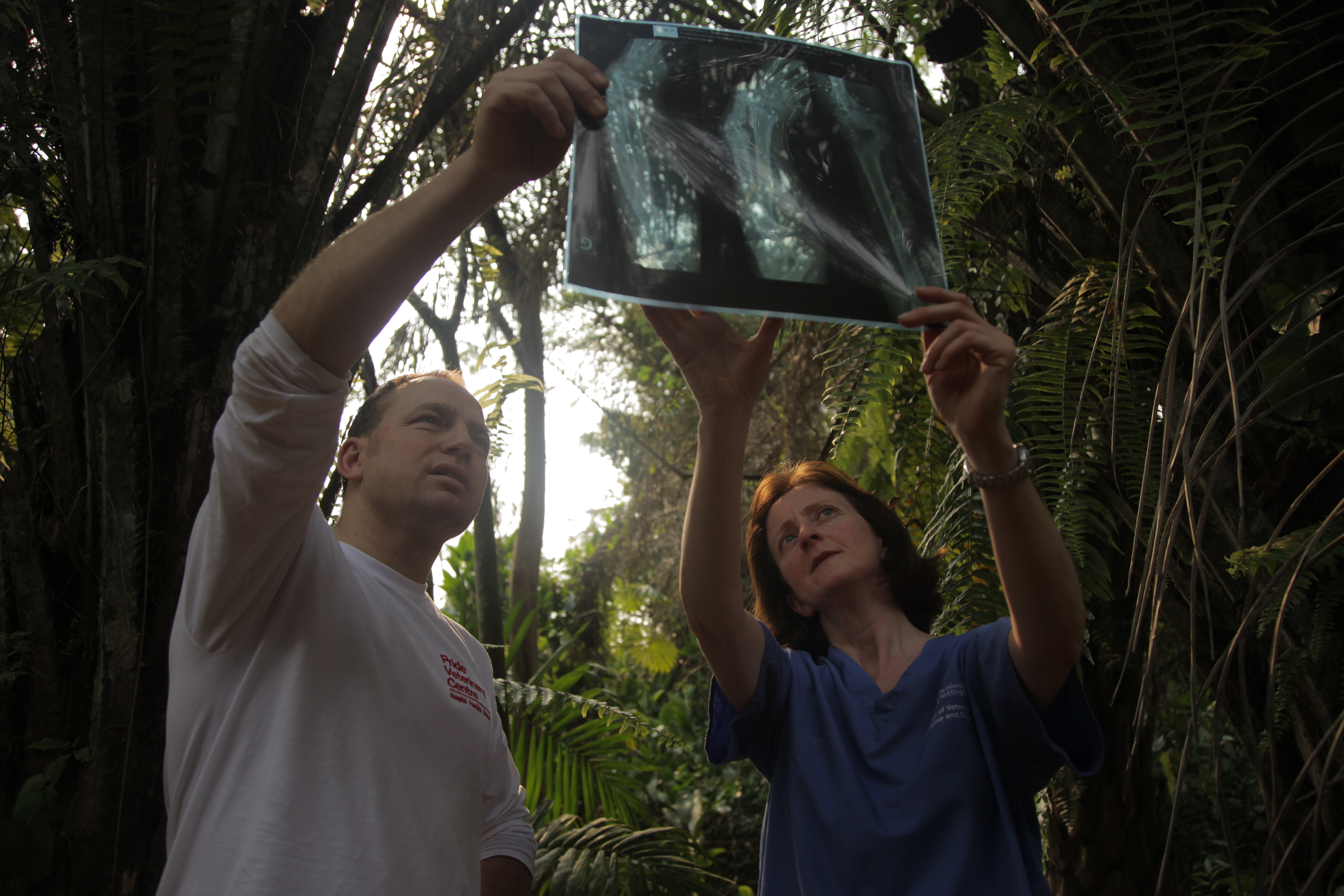 Veterinary teams around the world undertake groundbreaking operations to save animals’ lives in some of the most remote places on earth. "Operation Wild" tells the remarkable stories of animals in need and the caregivers who push the bounds of veterinary medicine to help them. 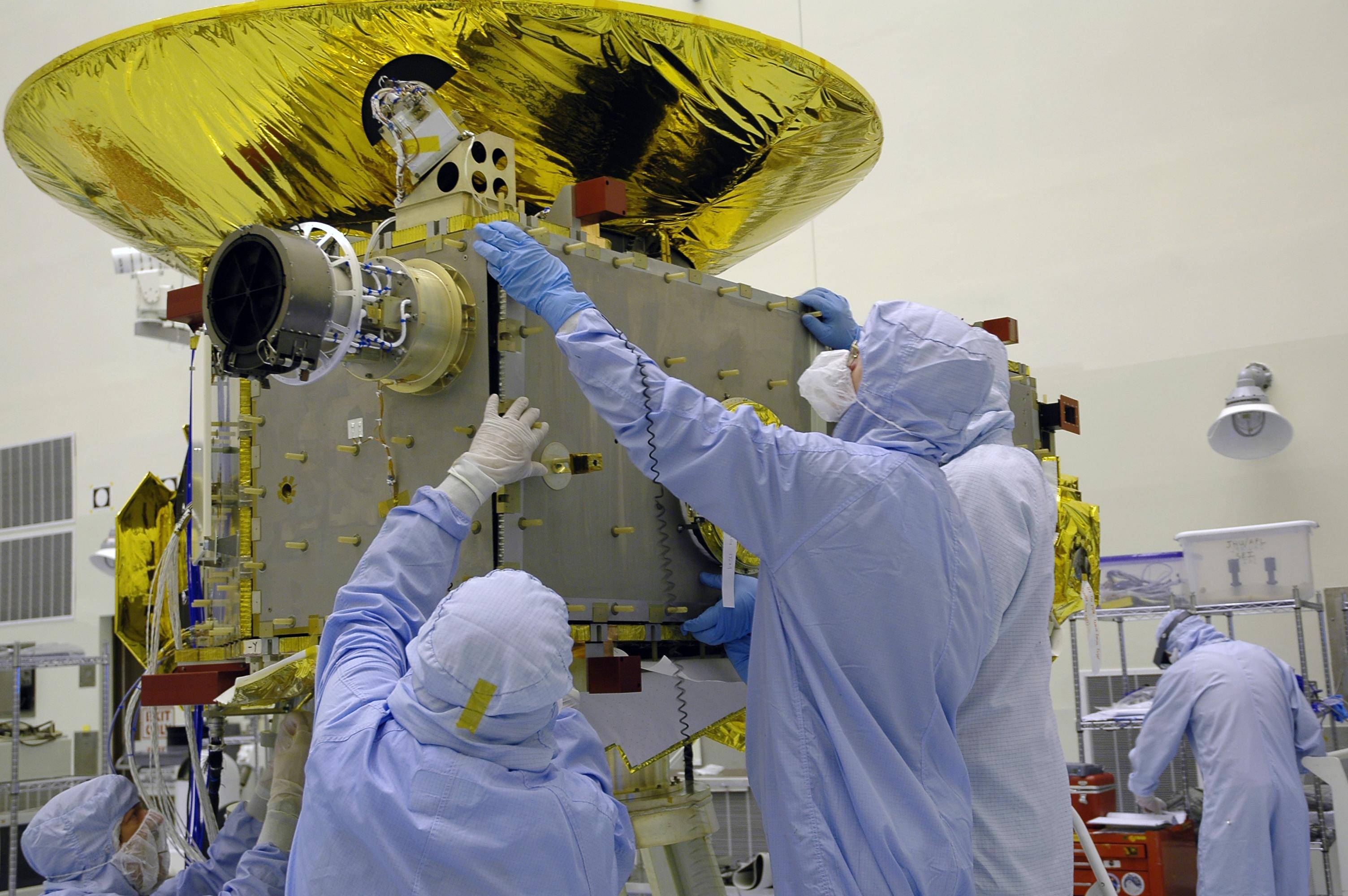 “NOVA” captures New Horizon’s historic flyby of Pluto, the culmination of the spacecraft’s nine-year, three-billion-mile journey to reveal the first-ever detailed images of this strange, icy world at the very edge of our solar system. 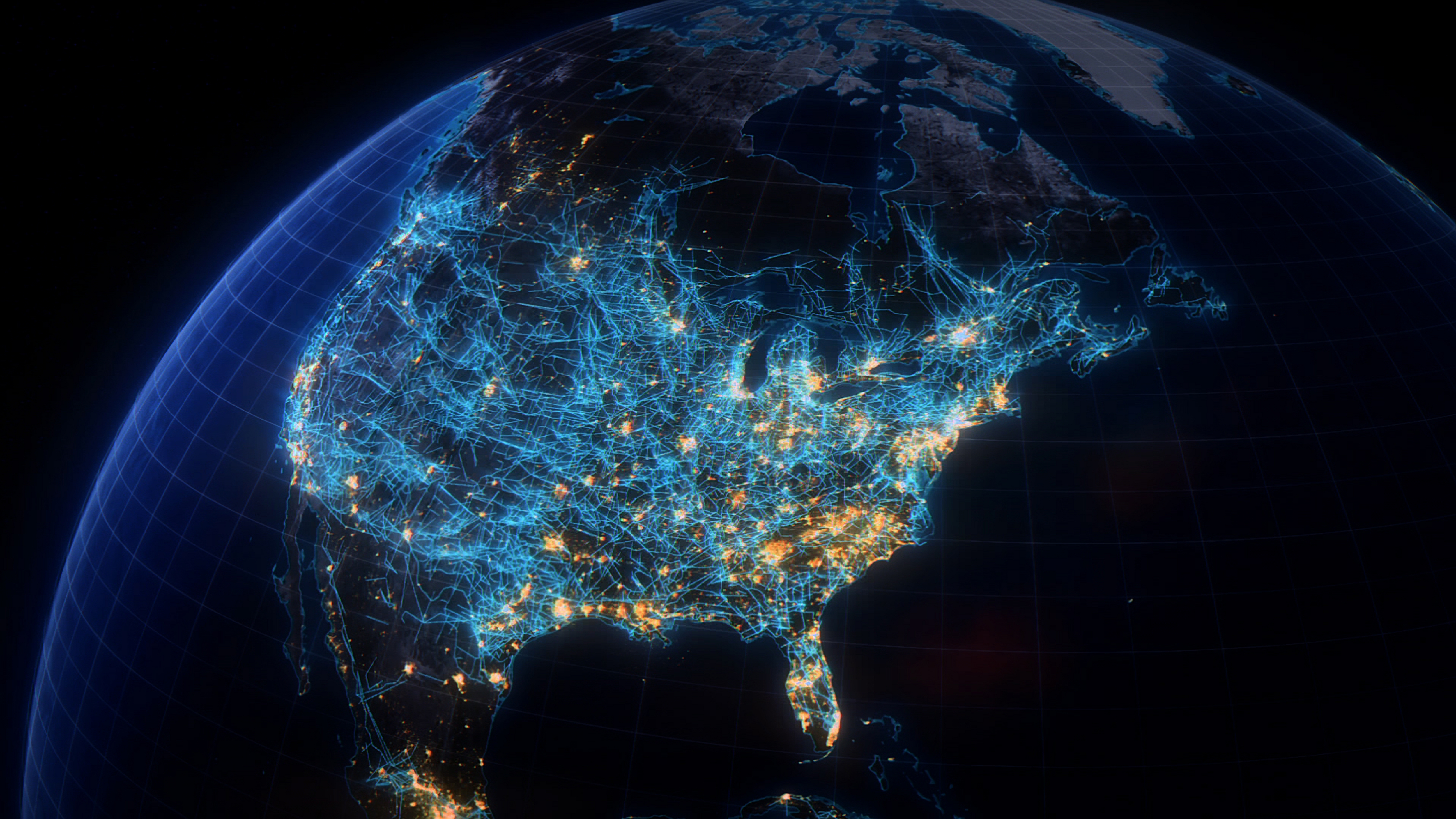 From the perspective of space, a new science special traces mankind’s journey from hunter-gatherer to dominant global species. With mind-bending data and CGI, the program shows how we have transformed our planet and produced a world of extraordinary complexity.

The Great Barrier Reef is one of the richest and most complex natural ecosystems on earth — home to a stunning array of animals, from microscopic plankton to 100-ton whales. From the coral cays of the outer reef to the islands of the Torres Strait, the reef’s human residents work to find that critical balance between our needs and those of an ever-diminishing natural world. The three-part miniseries presents a unique and fresh angle on Australia’s greatest natural icon, seen through the eyes of those who live, work and play in this natural wonderland. 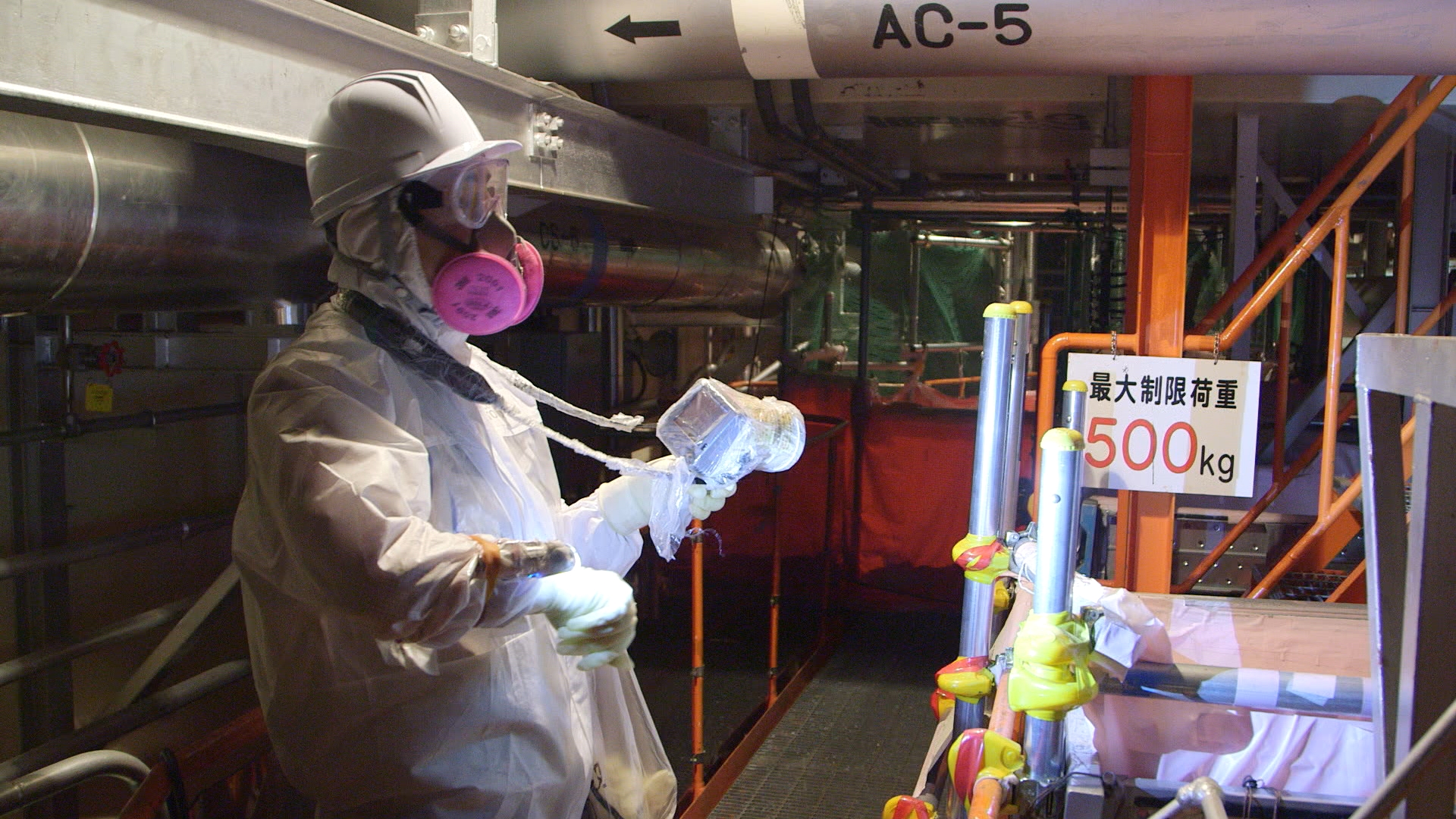 Four years after one of history’s worst nuclear accidents, “NOVA” reveals the minute-by-minute story of the Fukushima nuclear crisis and its ongoing aftermath, told by the brave workers who stayed behind as an earthquake and tsunami crippled the plant. 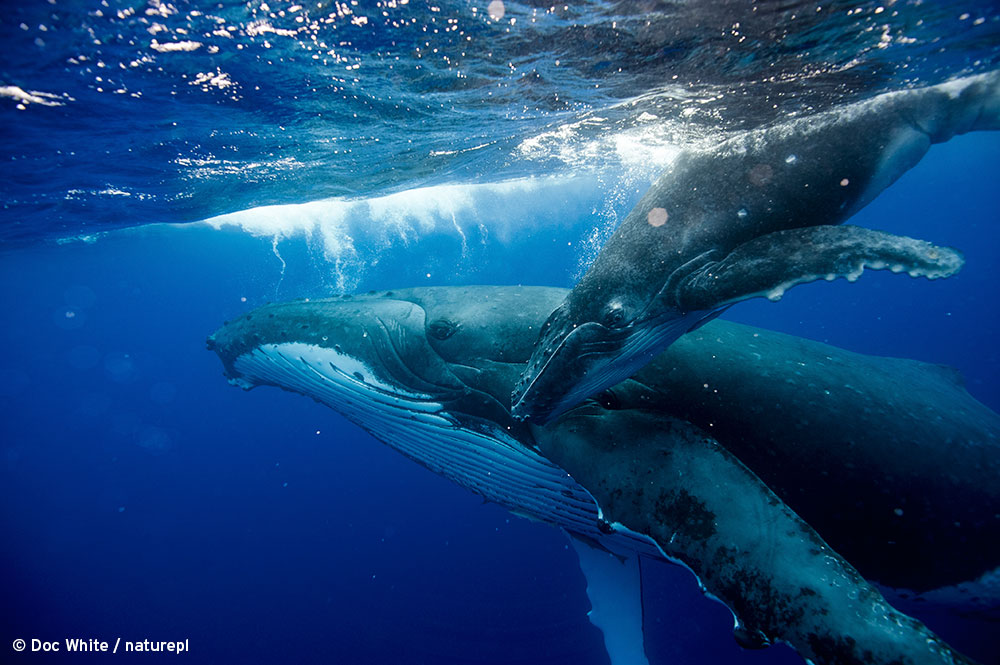 Some of the world’s most charismatic marine creatures gather in a once-a-year confluence off the coast of California in the magnificent Monterey Bay, once endangered, but now rejuvenated. At this year’s gathering, they are joined by scientists, filmmakers, photographers and other experts in a live TV and multi-media event — a first for PBS — to document the natural history of one the world’s most extraordinary marine protected areas.


Find out most recently updated schedule any time at aetn.org/schedule.