“Hey, how y’all doin’?” Officer Tommy Norman waves through his patrol car at a family walking along the sidewalk in downtown North Little Rock. This friendly officer has become a surprising social media celebrity. I’m Jennifer Gibson, video journalist for AETN “PBS NewsHour Weekend” features, and last week I had the opportunity to sit beside Officer Norman in that North Little Rock Police Department patrol car and get a glimpse of what his day is like.
There are a lot of conversations with a lot of people. Almost everyone we see seems to at least recognize Officer Norman if they don’t know him by name. He tries to talk to as many children as possible, stopping them on the streets as they walk home. “There are a lot of kids […] And I think it’s important that when you’re a patrol officer, instead of driving past those kids and not stopping, you need to be stopping your police car and getting out. And even if it’s just a two-minute conversation, that’s a big impact right there that’ll last a long time.” 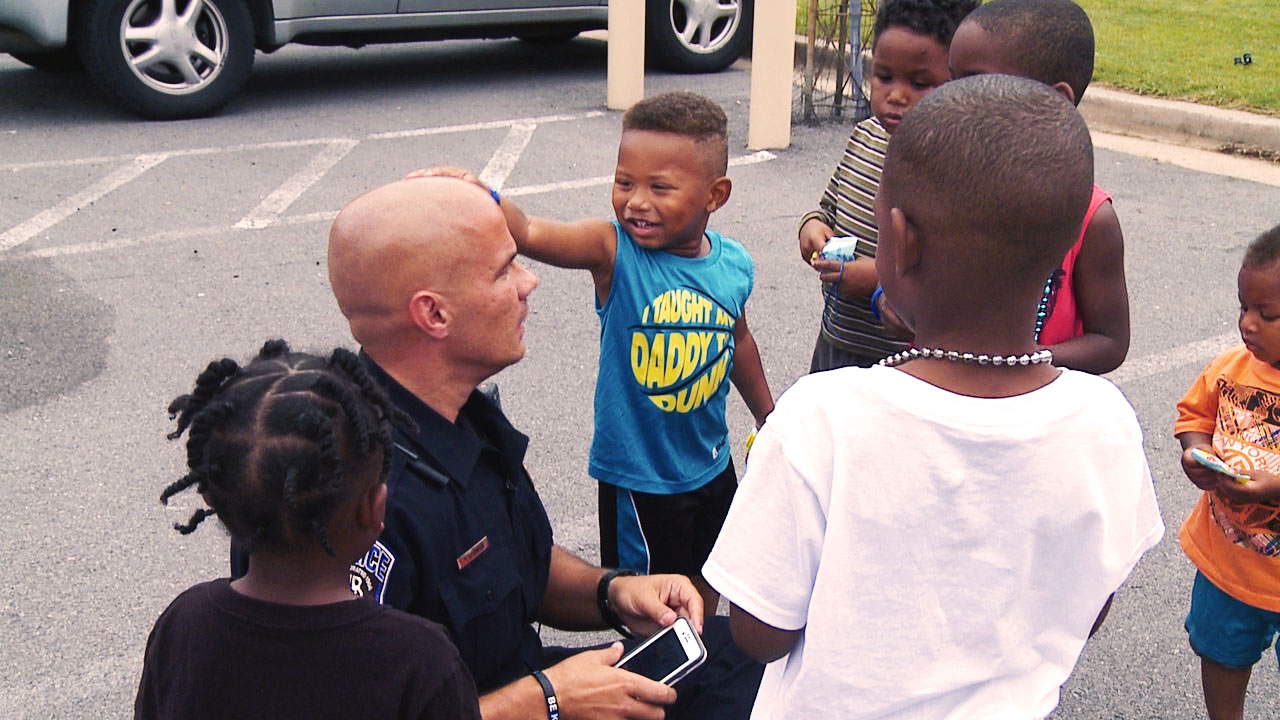 We pull into a daycare in an apartment complex. When people see the car, they start coming out of their apartments to say hi. The woman in charge of the daycare knows exactly what’s happening. She lets the kids go running to the car. 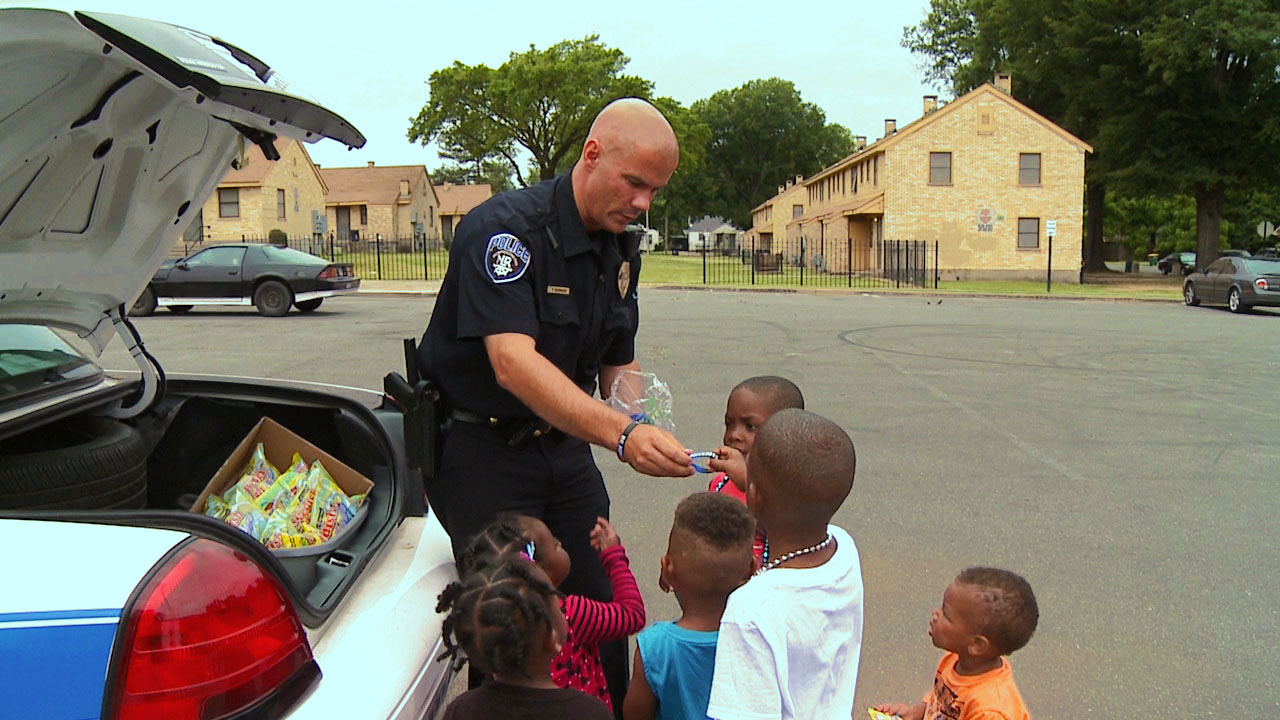 Officer Norman opens the trunk and starts handing out candy and bracelets that say “Be Kind.” Then, they pose for a couple of pictures. The teachers and parents seem to know what to expect: a short conversation and a picture. While posing for pictures once in a while can seem like an attempt to curry favor with occasional photo opportunities, Officer Norman does this every day. Judging by the reactions of the people in the community and on social media, it seems to have a positive impact. On Instagram alone, Norman has over 4,400 posts and counting. He believes offering transparency through social media will give people a positive perception of the North Little Rock Police Department as a whole. 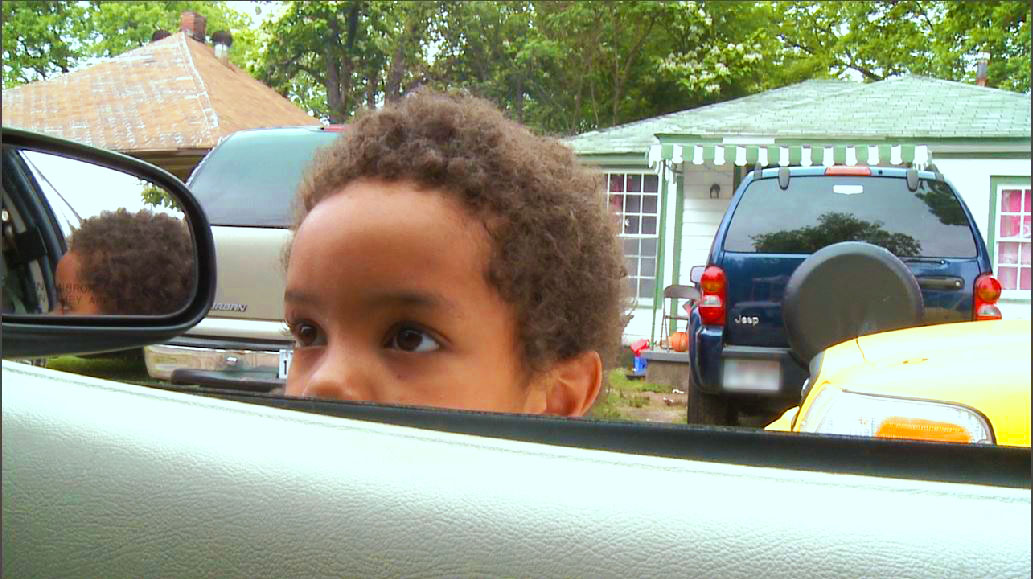 Officer Norman says his goal is to make sure the people in the neighborhood trust him and know that he is there to protect them. He hopes they will be more likely to report a crime and give tips, and he thinks that creating a bond with the children now will help reduce crime in the future. According to USA.com, North Little Rock has a crime rate nearly three times the national average. It is not an easy city to police, but Officer Norman believes being kind is the best way to do it.  “How you treat people, even if you do make an arrest, write a ticket, you can still show dignity and respect, and they remember that,” says Officer Norman.