The USDA’s Economic Research Service estimates that over 30 percent of the overall food supply in the U.S. at the retail and consumer level goes uneaten each year, with as much as 30 million tons of wasted food going into the nation’s landfills annually.

At the same time, our nation has high rates of hunger and food insecurity. Arkansas has one of the highest rates, at 19.9 percent, according to recent data from the USDA.

However, many private and public groups across the country are working to remedy the linked problems of food waste and food insecurity.

The University of Arkansas at Fayetteville recently co-hosted the National Food Waste and Hunger Summit. The keynote address was given by U.S. Secretary of Agriculture Tom Vilsack, who spoke about the scope of the problem: “If we could somehow, some way, eliminate food loss and waste completely, the 825 million food insecure people who live in the world today could be fed.” 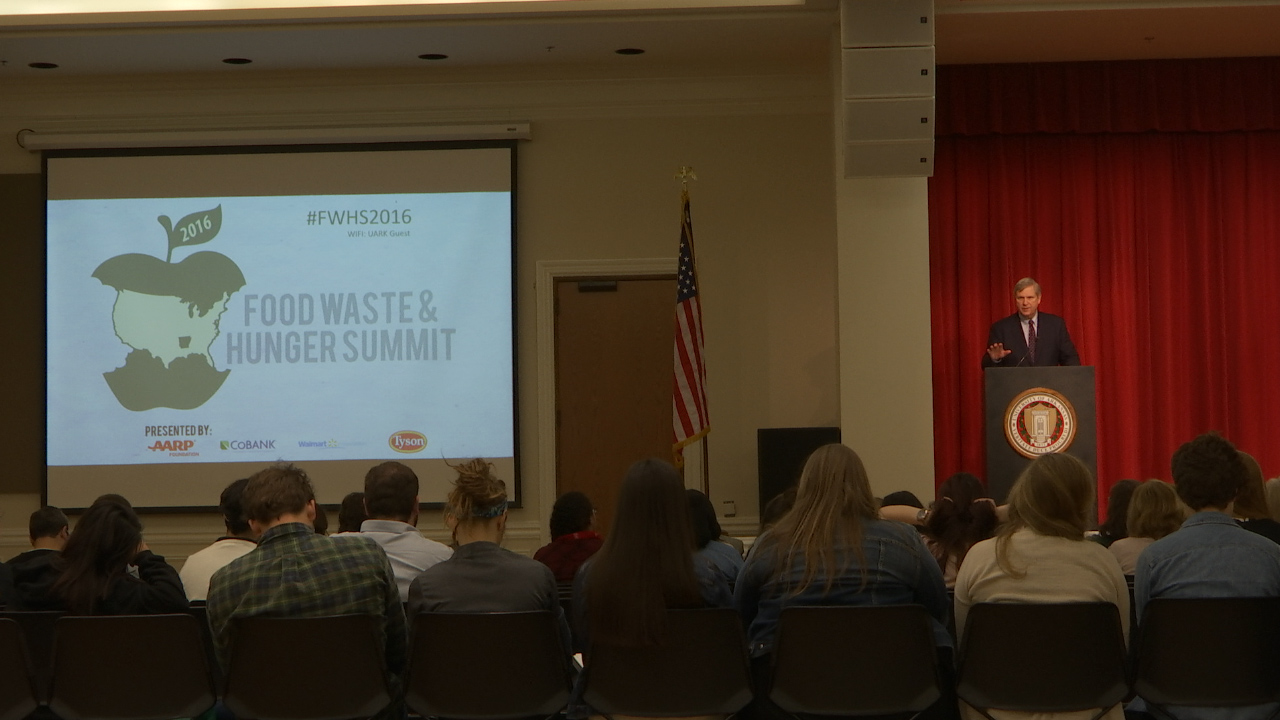 Co-host of the Food Waste and Hunger Summit was the Campus Kitchens Project, a national nonprofit that empowers students to fight hunger and food waste.
Based in Washington, D.C., Campus Kitchens partners with high schools, colleges and universities to share kitchen space, recover food from cafeterias and engage students as volunteers who prepare and deliver meals to the community. The organization provides launch grants to help plan and start Campus Kitchens around the country and, so far, there are more than 50 Campus Kitchen chapters in operation. 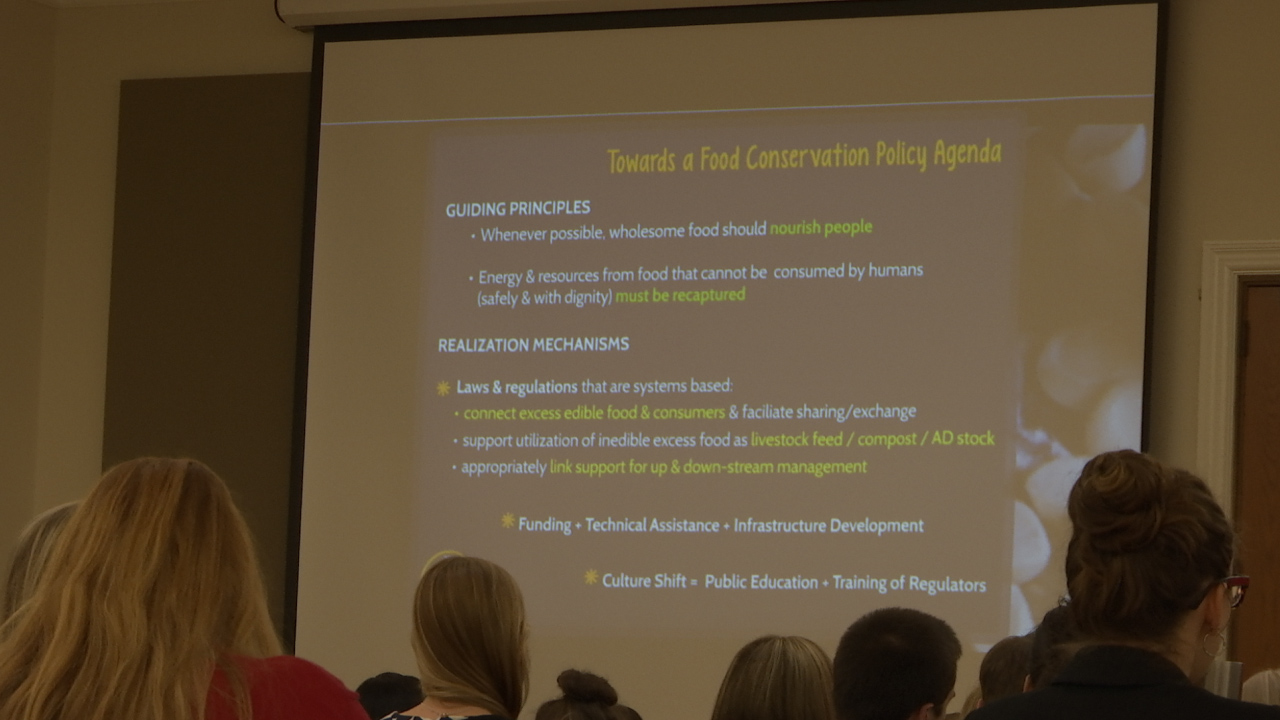 The only chapter in Arkansas is found at Arkansas Tech University in Russellville. “The students came up with the idea,” said Dr. James Stobaugh, assistant professor of Sociology. “We had to get a lot of people on board to make it work. We took it to the administration and they were supportive of the idea, but it had never been done before.”

“Working out the logistics of it took some doing, and the biggest hurdle was finding funding,” said Stobaugh. “We had the labor. The students were excited and ready to jump on board.

“We found out about the Campus Kitchens program out of Washington, D.C., and they had a grant competition to start a food recovery program, and so we competed in that and we won.” 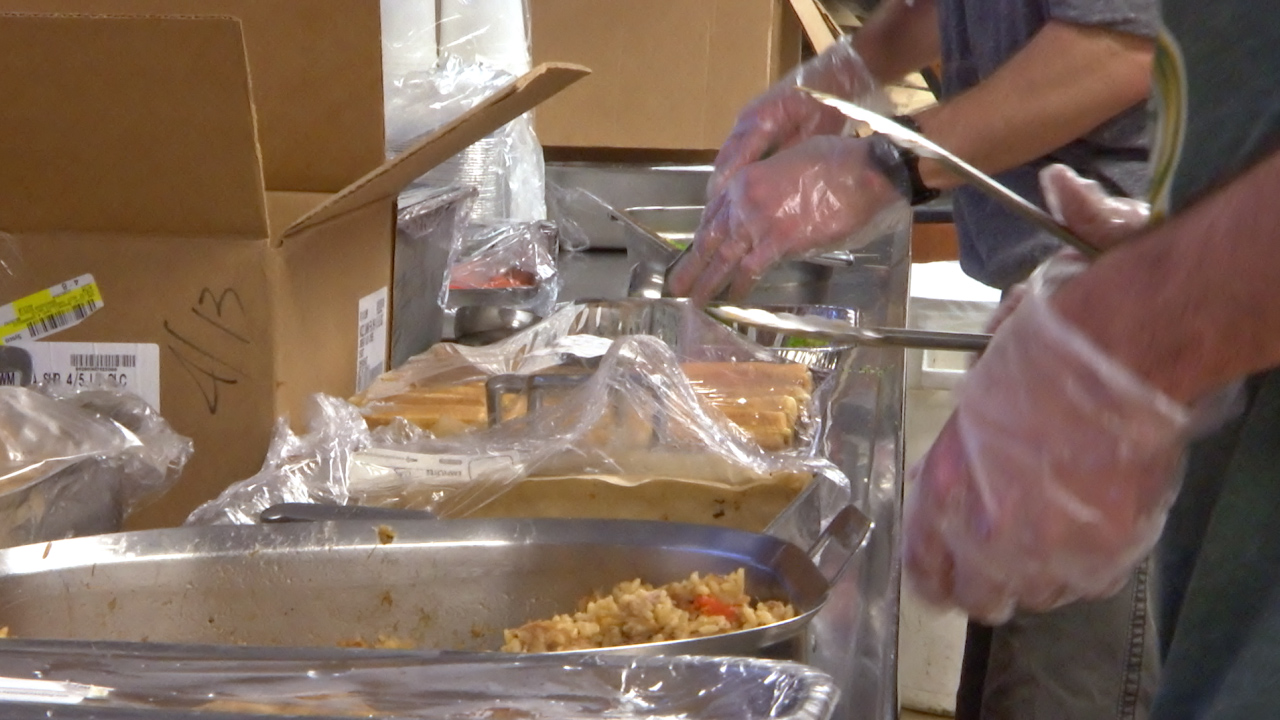 The Campus Kitchen program at Arkansas Tech was in the planning stages for over a year and began operating this year in mid-January. The program partnered with the school’s food service provider, Chartwells, to help bring the program online. Food for students and staff is prepped in advance in the school’s cafeteria, and any overproduction is captured in food recovery.

“We take the food that they give us each night and we put it into containers and store it, then deliver it in the morning to food pantries and shelters that distribute it,” said Stobaugh. The program operates five days per week, and recovers between 100 and 300 pounds of food. An average of 1,000 pounds of food is donated through the program each week, food that would otherwise be thrown away.

The Campus Kitchen program is beneficial for citizens in the community who face food insecurity, and it is beneficial for students, as well. Each student volunteer spends about an hour a week either preparing meals or delivering them. The entire process takes about two hours a day.

“Something that we do that may seem small has such a huge impact on the people that we deliver food to,” said Dylan Rutherford, one of the student volunteers.  “It’s really humbling to see all the things we take for granted, especially students here, growing up who always had food on our plates. You don’t realize, if you don’t see it firsthand, that a lot of these kids and families don’t have food to eat …”

“When I realized that, my whole world changed,” said Rutherford. “You really have to have a hands-on experience to see that in the right way.”

At Arkansas Tech University, Campus Kitchens and the food recovery effort are parts of “Because We Can,” a larger program of student involvement that seeks to raise awareness of issues surrounding poverty, such as food insecurity and the environment. According to Dr. Stobaugh, one of Campus Kitchens’ faculty sponsors at ATU, the biggest hurdle the program faces now is continued funding now that the initial operational logistics have been worked through.

Along with a group of student volunteers and faculty members, Stobaugh attended the recent Food Waste and Hunger Summit in Fayetteville, and the experience was a positive one.  “We are all facing similar problems and issues,” said Stobaugh. “We got some ideas at the conference on possible events we could be running, and some new avenues to find support from different grants and corporations out there that are involved in this.”

“This issue of food waste, of food loss, can help us address food insecurity. It can help us create more sustainable, resilient systems in the world,” said Secretary of Agriculture Tom Vilsack. “The fact that young people are engaged in this important work, passionately, that gets the attention of folks like me, and that’s important, because it helps to drive policy.”

Improvements in food waste policy are already being seen at the national level. In September 2015, the USDA and the EPA announced a joint challenge to themselves and the country to reduce the level of food waste by half by 2030. “Right now,” Vilsack said, “we’re establishing a virtual center on food loss and waste on our website. It will provide a single portal with information about all the programs available through the USDA, the EPA and other federal agencies, as well as over 4,000 private sector and nonprofit sector partners.”