This Veteran’s Day, Brigadier General Herbert Lloyd’s service in the U.S. military was honored as a monument was unveiled in his home town of Hope, Arkansas. The monument now stands in front of the Hempstead County Court House as reminder of all the men and women who served. General Lloyd describes himself as “a mere representation” in the acknowledgment of all those who served and lost their lives in war.

From his humble beginnings as the son of a sharecropper, General Lloyd began a new life for himself when he joined the U.S. army shortly after his high school graduation. General Lloyd’s long-time friends, Sheriff James Singleton and Gary Chambless, came up with the idea of raising the monument while on their way to his induction into the Ranger’s Hall of Fame. The monument and its surrounding events were made possible by $50,000 raised by donations. 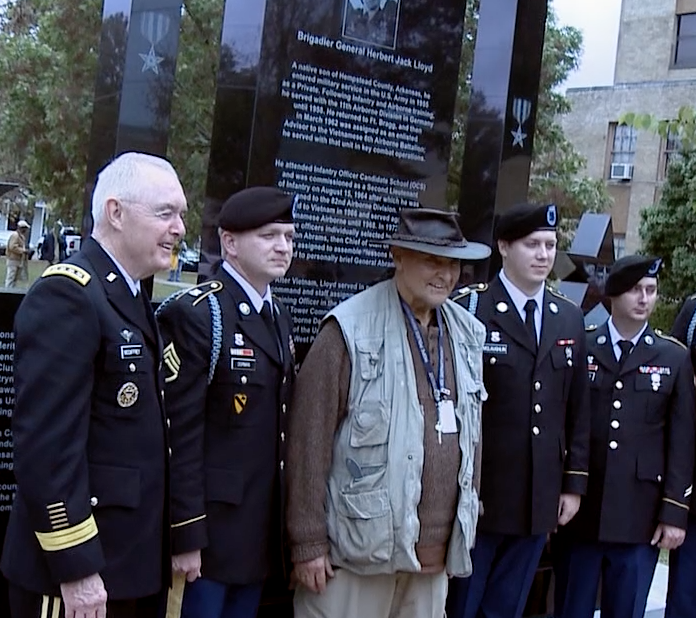 Lloyd’s accomplishments and Christian ideologies are engraved in the marble monument. Badges of his military achievements along with anecdotes of his war experiences are illustrated within the monument. Encompassed in the arch that stretches over the top of the monument are Lloyds touching words, “Primarily it was my mother’s prayers that have kept me alive all these years.” General Lloyd’s dedication to his family, his community, and his country are all depicted in this beautiful monument.