Walking into a bank might seem like a mundane task to many, but for those with Post Traumatic Stress Disorder (PTSD) or Traumatic Brain Injury (TBI) this task can be daunting. Many have social anxiety and problems with hypervigilance that prevent them from going to public places.

Soldier On Service Dogs is training dogs to help veterans with PTSD or TBI in Northwest Arkansas. Service dogs are not provided to veterans with these conditions through government resources, so organizations like Soldier On have been trying to help.

Angie Pratt began the organization in Fayetteville in the summer of 2014. There are currently 30 dogs of various ages in their program. “What’s invisible to us is very much identifiable to that dog, the physical manifestations: increased heart rate, increased breathing, adrenaline, sweat,” said Pratt. “A veteran will start getting anxious, and that dog will come over there and put his head on his knee.” 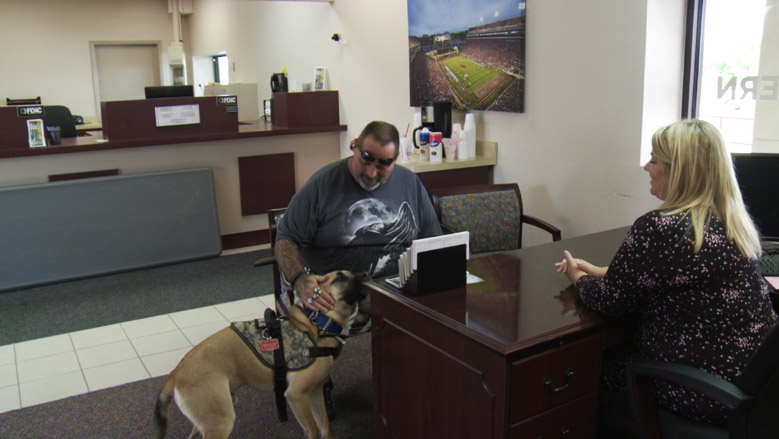 But it isn’t cheap. According to Pratt, it costs up to $30,000 to get a puppy through the two-year training and certification process. The dogs’ main job is to make sure their veterans can go outside and do all of their daily tasks. Each veteran’s needs are different, so the dogs are given specialized training. They are trained to detect seizures, disrupt nightmares and even call 911. Pratt says many of the veterans they help also suffer from vertigo as a result of damage to their ears during an I.E.D explosion, so the dogs are trained to steady them and help them get up after a fall. 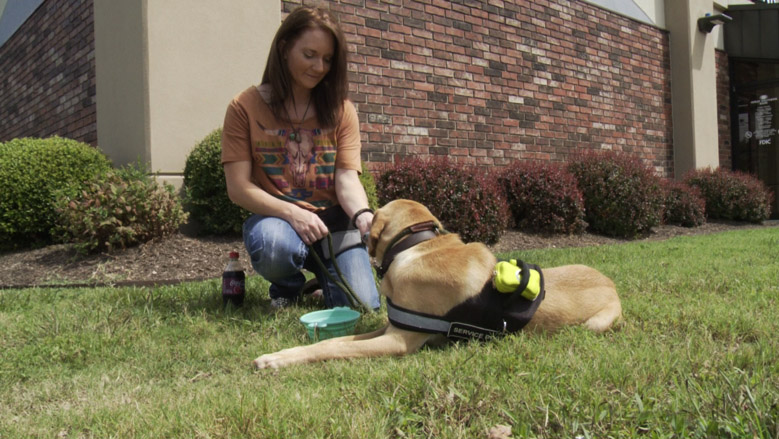 The dogs can help veterans with PTSD overcome emotional numbness and communicate assertively without being aggressive. They give the veterans a reason to get up and go outside and relieve the hypervigilance many of them feel by letting them know that an alert creature is watching out for them. 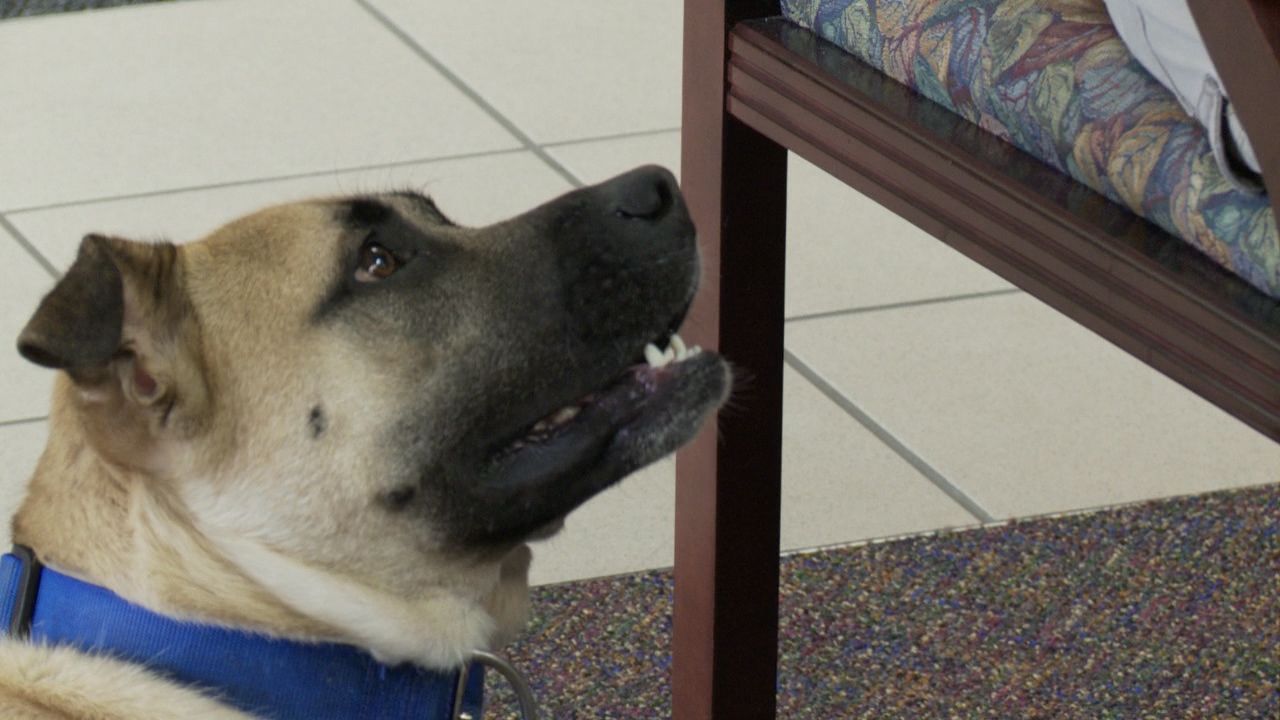 The U.S. Department of Veteran Affairs says there isn’t enough clinical research to confirm the effectiveness of using service dogs to treat PTSD and its symptoms, but there are clear emotional benefits for many people.

Soldier On Service Dogs hopes to also provide a validating study over three years of training dogs and matching them with veterans.