Kristen and Cliff Lee, current Major League Baseball free agent and former pitcher for the Philadelphia Phillies, became supporters of Lamar Porter Field and Little Rock’s Reviving Baseball in Inner Cities (RBI) in a way that seemed fated. We had the chance to talk to them about their experience recently and learned why this is a program close to their hearts. 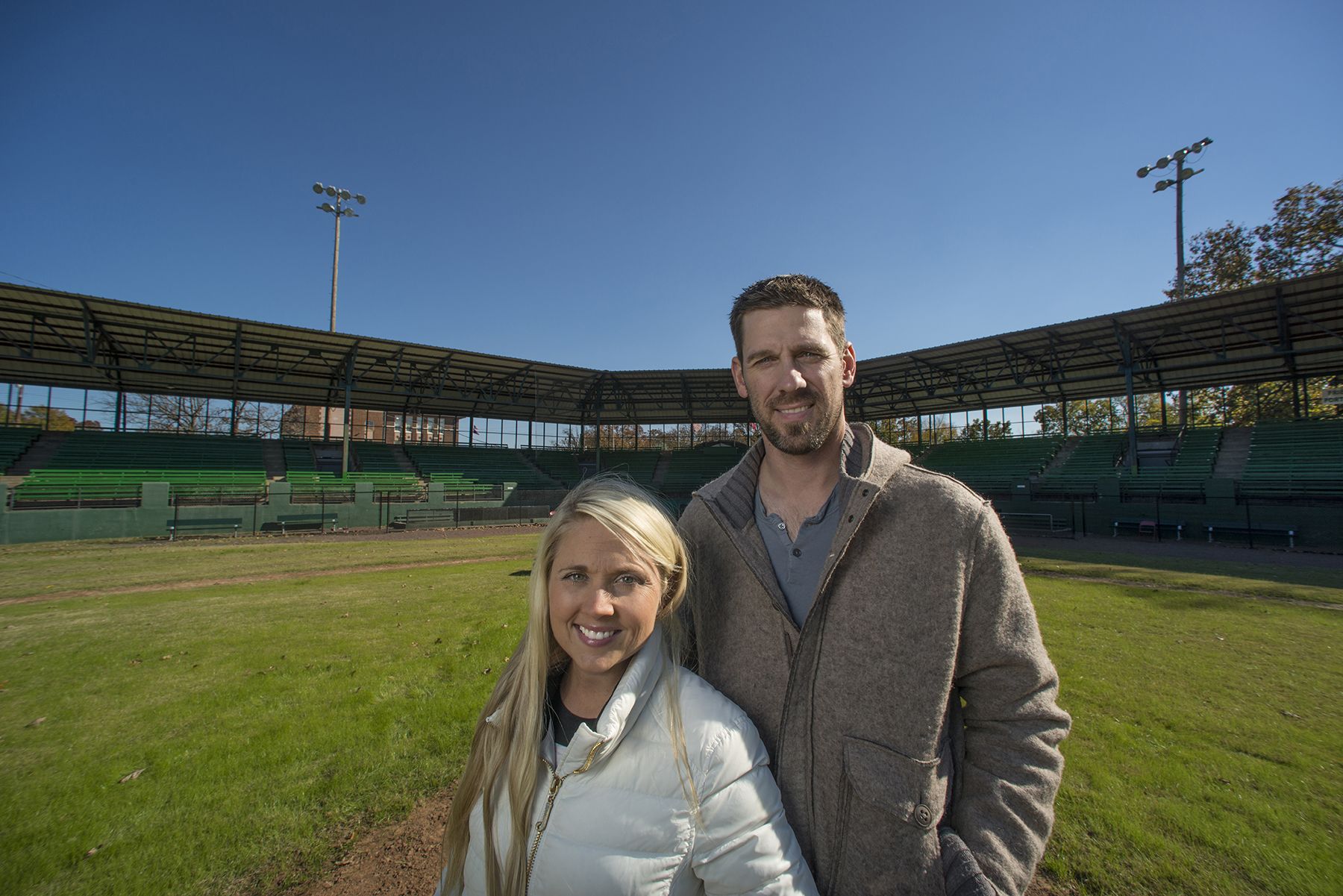 AETN — Tell us who you are and how you're connected to Arkansas. 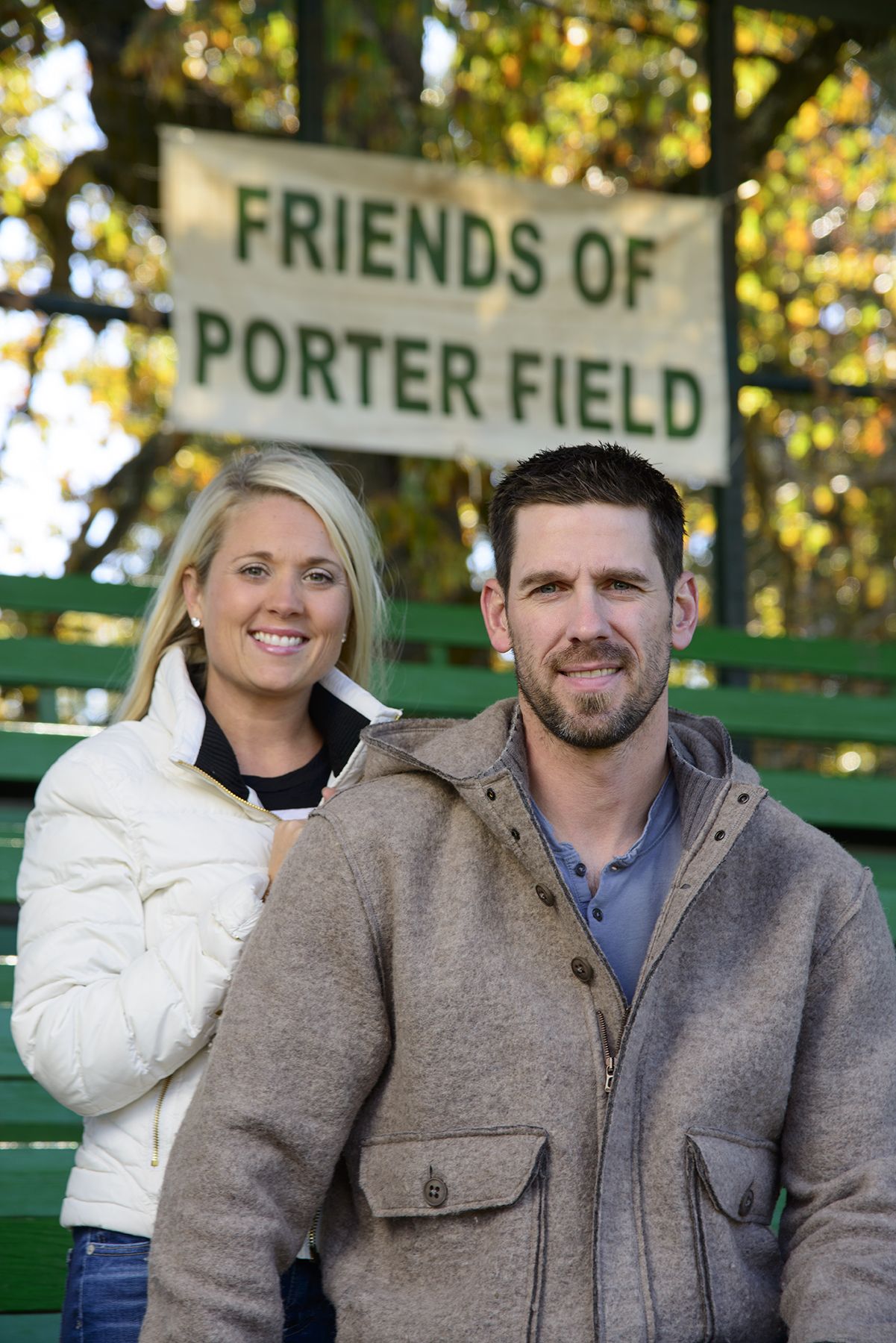 How did you find out about Little Rock’s RBI program?

We actually found out about it through hearing about Lamar Porter Field itself in a way that just seemed like fate!

Kristen: Starting one night at dinner, I heard a lady we knew talking about her son’s game at Lamar Porter Field, and then, just a few days later, I picked up a magazine at the grocery store that had an article about the Lamar Porter Field revitalization project and the field’s history.  After that, I had to go see it for myself. And, if that wasn’t enough, in a matter of days, I met Jay Rogers’ wife. [Jay Rogers is a trustee of Lamar Porter Field.]

At that point, I just knew: this was meant to be!

Cliff was gone playing then, and I called him and said, “This is something that we’ve got to do right now.” We didn’t want a historic place that could do so much be lost. We couldn’t wait.

Not too long after, we set up a time to meet with Jay and learn more about how we could get involved. We were really impressed by the program’s sustainability – keeping such a cool place with important history alive – and finding out that it provides a safe, local place for underprivileged kids to go after school and during the summers.

And, funnily enough, well after we started working on this project, we found out that our son, Jaxon – who attends Episcopal Collegiate School – will eventually get to play on this field, too. He was so young then that we had no idea, and now we’ll get to go back and see the field from another perspective as he plays with his school. 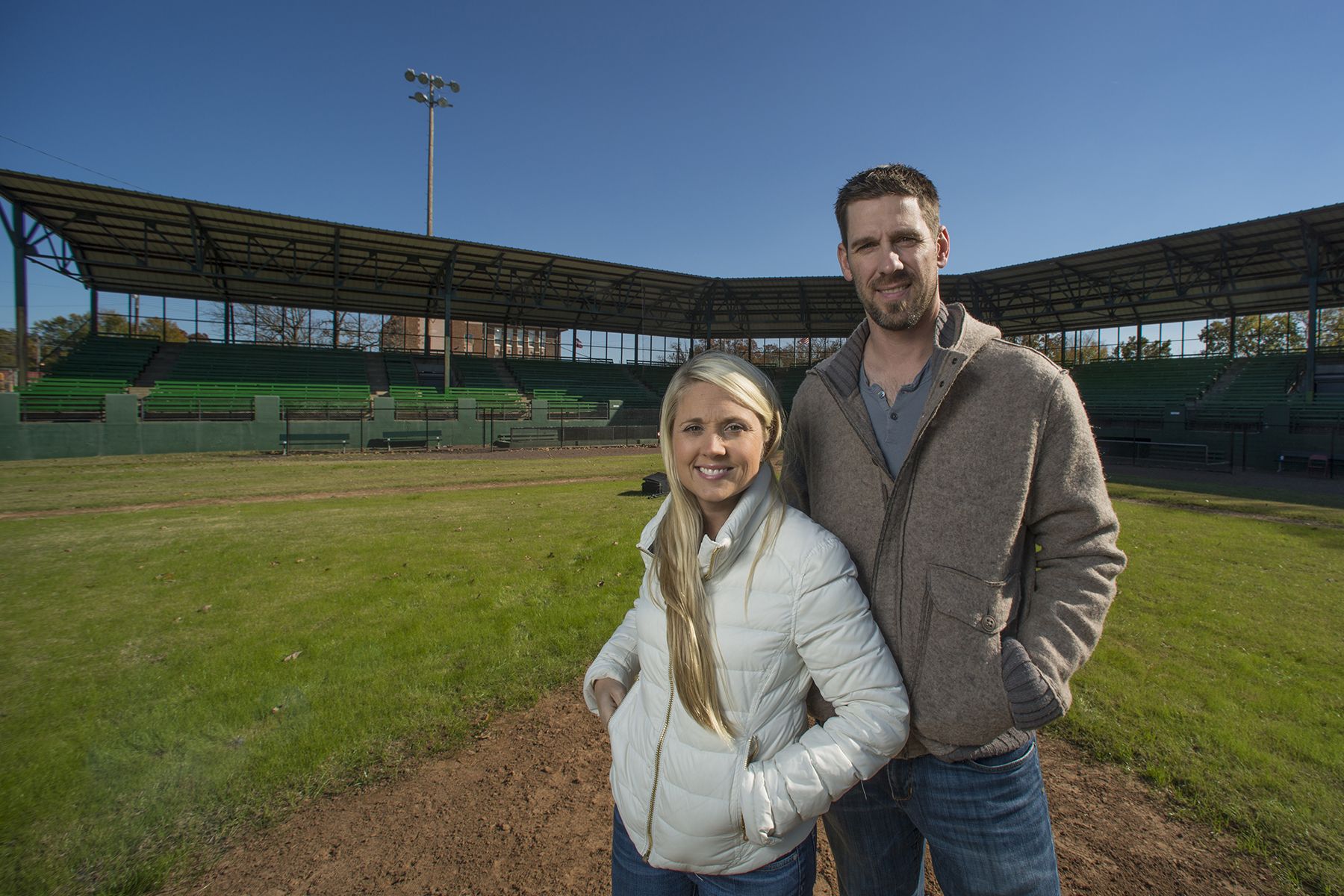 AETN — How long have you been working with RBI and Lamar Porter Field?

We’ve been working with them for roughly three years – it doesn’t even seem possible that it’s been so long! 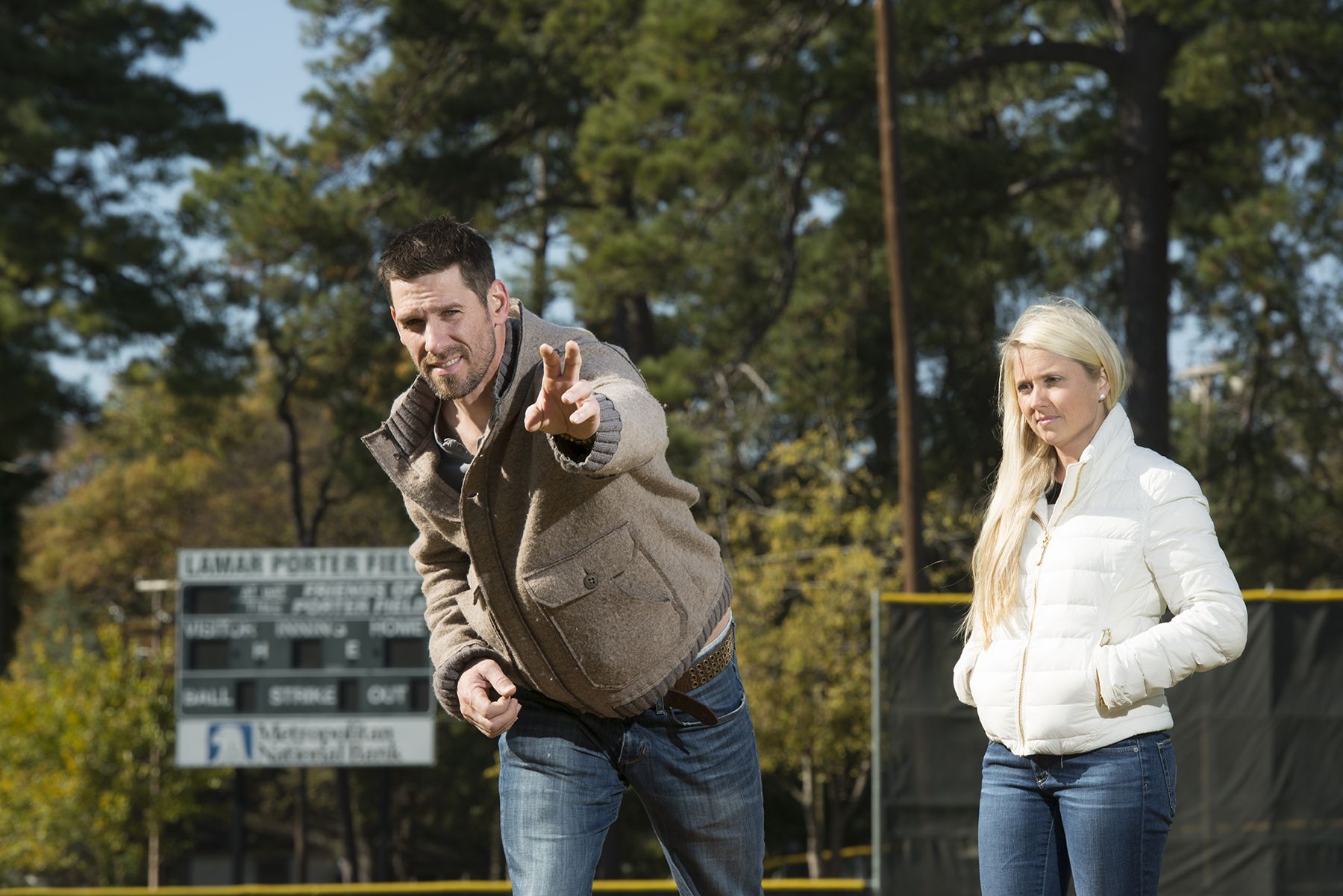 AETN — Tell us about your favorite RBI memory.

Kristen: My favorite memory is the first time I saw RBI in action at Lamar Porter Field.

After hearing about Lamar Porter Field and RBI several times in just a few days, I was reading an article about the revitalization project while my daughter was swimming in the pool. At a certain point, I realized that we had to be just a few minutes away and I said, “Come on, Maci, we’ve gotta go!” And we just pulled on our cover-ups and mismatched summer clothes and started Googling the location.

When we found it, we slipped in to watch an RBI game that was going on, and suddenly, I started seeing people that I knew moving through the crowd and involved in the game.

Then, out of the blue, one of the umpires turned around, saw me and said, “What are you doing here?”

As it turns out, we knew him from our son’s Jr. Deputy baseball games.

I responded and said, “Why can’t I be here?” and that was the beginning of it all! We’ve been there and involved ever since.

Both: A close runner-up would have to be our camp with the players there at Lamar Porter. It was a special experience teaching a new group of kids about the game in a place that’s witnessed so much baseball history. 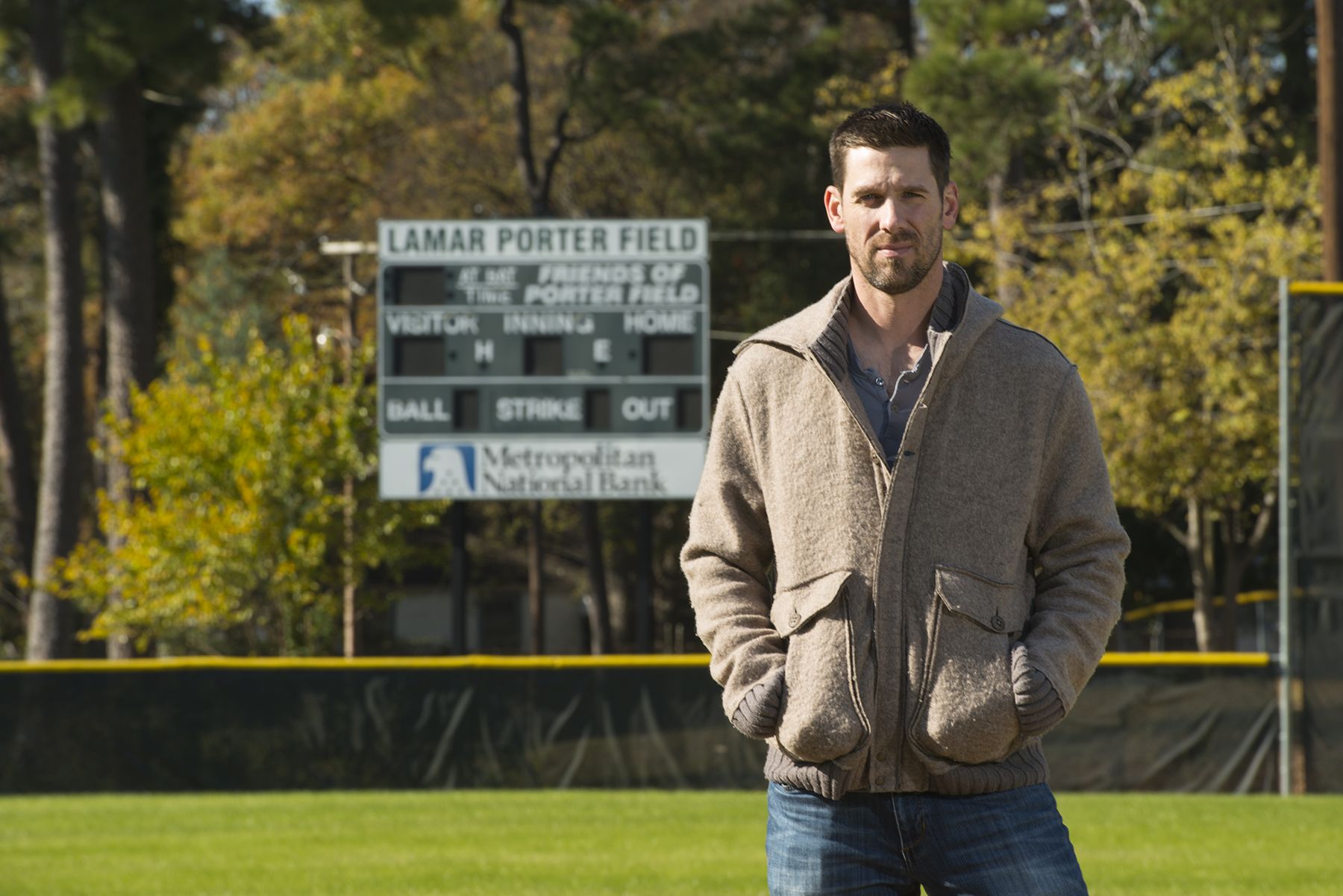 AETN - You all obviously love Lamar Porter Field and what RBI is doing. What makes this program special?

You know, there are RBI programs across the country, but what we feel like really sets Little Rock’s program apart are the area’s history, the location’s accessibility and the outstanding volunteers who are investing in these players.

Lamar Porter field is within sight of Central High School – which is a regular reminder of all that’s happened and what can be done to overcome obstacles – and it’s Arkansas’s oldest active baseball field. It’s been a witness to so much.

Now, the Central Arkansas Boys & Girls Club and the coaches and volunteers who make RBI possible are going above and beyond to keep Lamar Porter Field’s tradition alive in the best way possible: they’re dedicated to bringing the community in and to mentoring young players who might not have a chance to play otherwise. 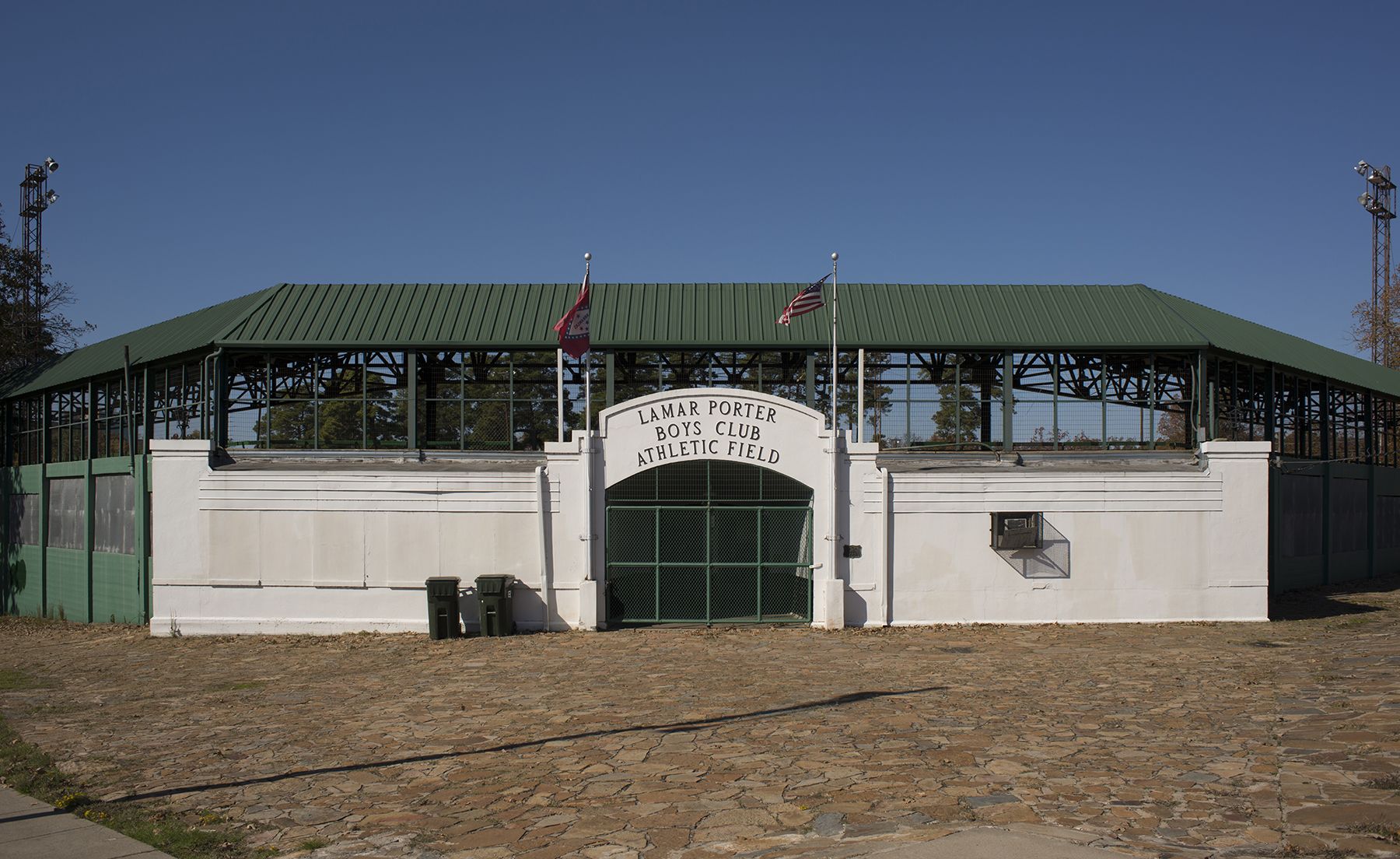 AETN - What do you enjoy about being involved with the Lamar Porter Field Revitalization project and Little Rock RBI?

Honestly, what we love most about this project is the way we discovered it – completely by chance and without be recruited to participate – by hearing the great things that were being done. It was the perfect combination of history, location, dedication and local involvement supporting kids and a community that really needs it.

Learn more about how you can support RBI at rbilittlerock.com.