In the 1900s war in Bosnia, thousands of Muslim women were systematically raped as a tactic of ethnic cleansing. I Came to Testify is the story of 16 women who took the witness stand in an international court of law and changed the rules of war forever. "Women War and Peace - Part 1: I Came To Testify" airs on AETN Plus/WORLD Friday, October 28, 9 p.m.

"Women War and Peace - Part 2: Pray the Devil Back to Hell"

COMPAÑERAS profiles Americas first all-female mariachi band, Mariachi Reyna de Los Angeles. Founded in 1994, the band members shatter age-old stereotypes while expanding the popularity of mariachi music. In a culture and a musical tradition that has always been male-dominated, these women are true pioneers. 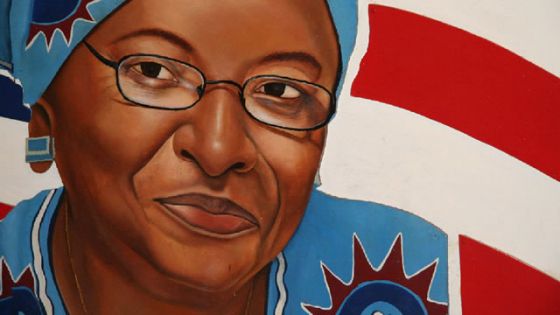 Ellen Johnson Sirleaf, President of Liberia and one of the three activist women to be awarded the 2011 Nobel Peace Prize, is the focus of Global Voices: "Iron Ladies of Liberia" - With unprecedented access, this intimate documentary goes behind the scenes with Africa's first freely elected female head of state, Ellen Johnson Sirleaf, President of Liberia. The film explores the challenges facing the new President and the extraordinary women surrounding her. After nearly two decades of brutal civil war, Liberia is a nation ready for change. A Harvard-educated economist and grandmother of eight who had been exiled to Nigeria and nicknamed the " Iron Lady", Johnson Sirleaf won a run-off election with 59 percent of the vote, but faces enormous obstacles in rebuilding a war-torn country. Global Voices: "Iron Ladies of Liberia" airs on AETN Plus/WORLD Sunday, October 23, 9 p.m. and Friday October 28, 7 p.m., Sunday, October 29 at 6 p.m. and 11 p.m.

Leymah Gbowee and Tawakkul Karman of Yemen were awarded the 2011 Nobel Peace Prize "for their nonviolent struggle for the safety of women and for women's rights to full participation in peace-building work."

Leymah Gbowee mobilized and organized women across ethnic and religious dividing lines to bring an end to the long war in Liberia, and to ensure women's participation in elections. She has since worked to enhance the influence of women in West Africa during and after war. In the most trying circumstances, both before and during the "Arab spring," (Watch the "Need to Know" interview with Lehmah Gbowee)

Tawakkul Karman "In the most trying circumstances, both before and during the Arab spring, Tawakul Karman has played a leading part in the struggle for women's rights and for democracy and peace in Yemen," the Nobel committee said of the third winner. Karman, 32, is a mother of three who in 2005 founded the group Women Journalists Without Chains.