Have you been cooking with John and Phyllis this month? Find the delicious recipes they’ve been whipping up (and taste-testing) in Phyllis’ kitchen in our October “Cooking on the Wild Side” recipe round up! 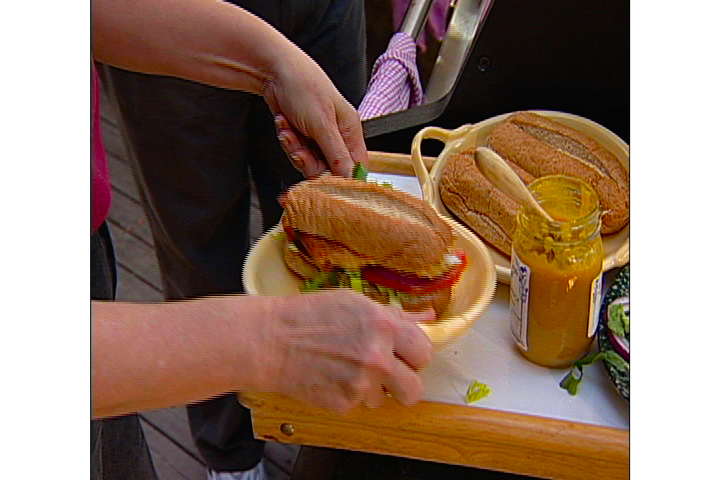 While catfish is grilling, spread roll generously on one side with honey mustard dressing and other side with mayonnaise.  Place layer of lettuce, onion and tomato on one side of roll.

When catfish is done, place filet on other side of roll and make sandwich.  Serve with extra honey mustard and mayo mixed together in equal amounts for a dipping sauce.  Fish may also be cooked in oven on broil.  Recipe serves 2. 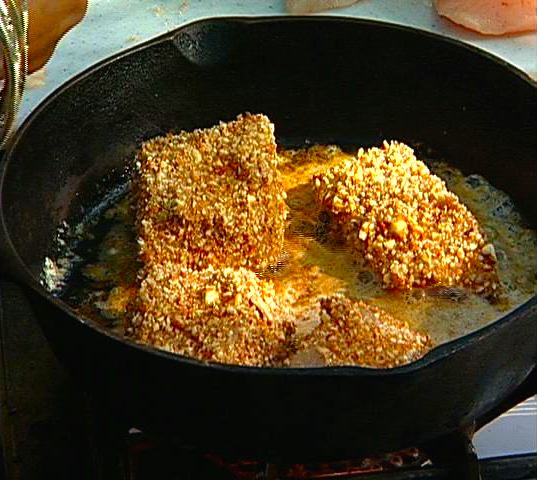 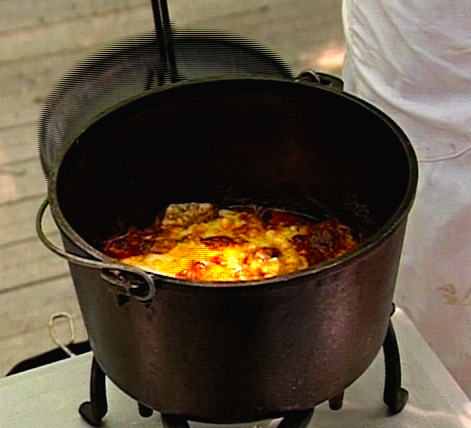 Spray Dutch oven with vegetable spray. Pour marinara sauce into Dutch oven. Set aside. Mix breadcrumbs and Italian seasoning in small bowl. Dip turkey pieces in beaten egg and roll in breadcrumbs. Heat butter and olive oil in skillet. Brown turkey pieces a few at the time. As browned, remove from oven and place on top of the marinara sauce. Repeat until all turkey is brown and in oven. Sprinkle parmesan cheese over turkey. Layer Swiss and provolone cheese on top of turkey. Bake about 30 minutes at 350 degrees. Serve over pasta. 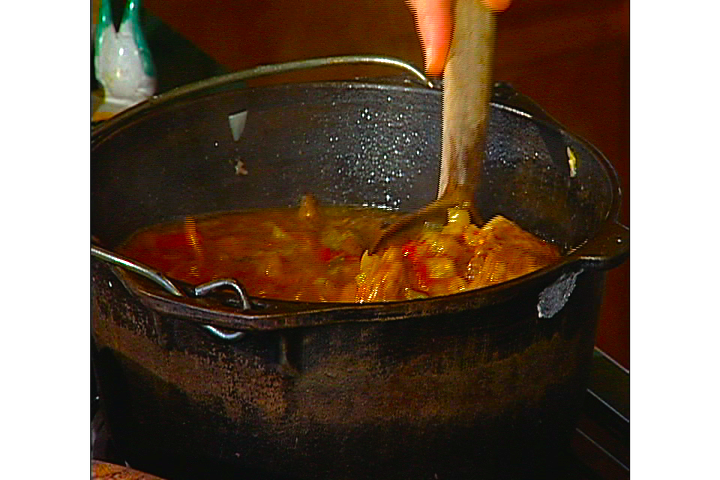 Pound venison and cut into 2” x 3” pieces.  Season with salt and pepper.  Dredge in flour.  In heavy skillet, heat oil, brown meat.  Remove meat and set aside.  Add butter.  When melted add onions, green pepper, celery, and garlic.  Cook till soft.  Stir in tomatoes, bay leaf, salt and pepper and bring to boil.  Reduce heat, cover and simmer for 20 minutes.  Return meat to skillet, cover and simmer for 45 minutes to 1 hour till meat is tender and sauce is thick.

Mound cooked grits on plate and ladle grillade over grits.  This is a Cajun brunch favorite. 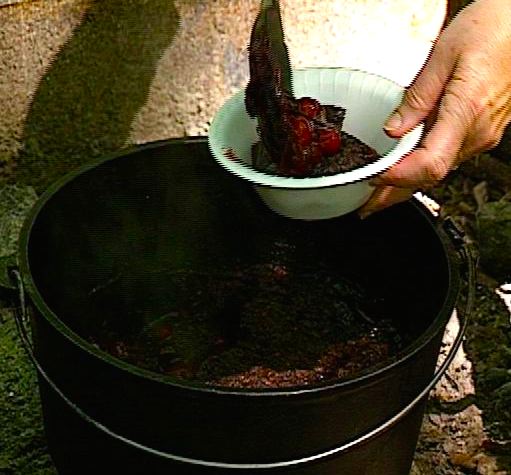 Place ingredients in large pot and bring to a boil. Reduce heat and simmer for about one hour or until tender. Cool and remove meat from bones. Set aside. 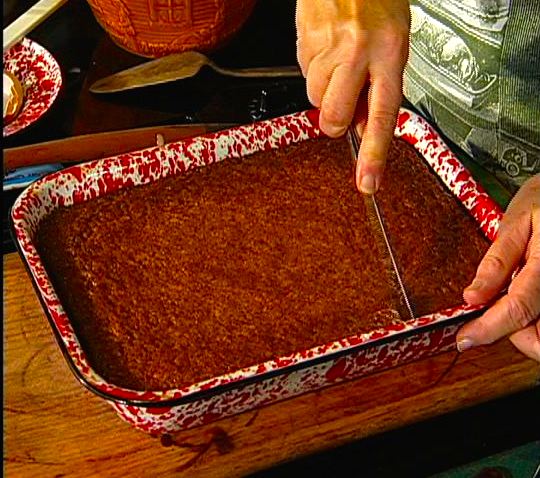 Mix all ingredients well. Pour into a 9 x 13 baking pan. Bake at 350-degrees for 45 minutes. Keeps well and is better the next day. Good for camping. 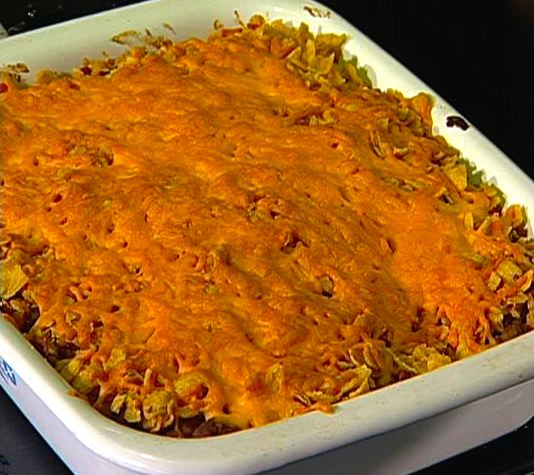 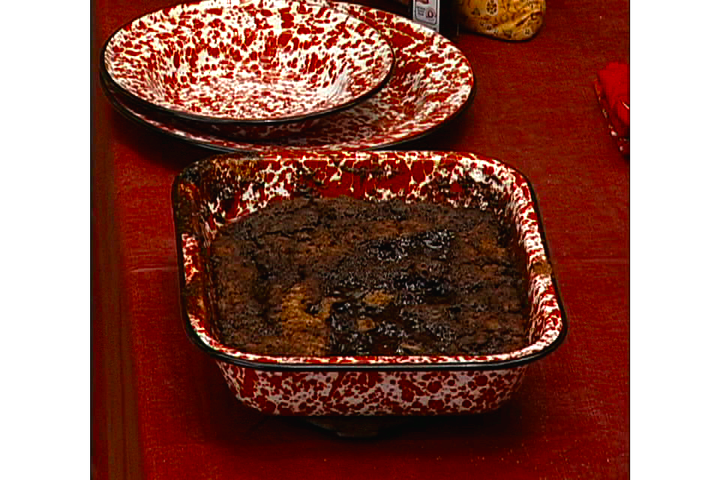 Stir together 1 cup sugar and ¼ cup cocoa powder. Sprinkle over top of mixture in baking pan. DO NOT STIR. Slowly pour boiling water on top of mixture. Place on trivet in Dutch oven. Bake at 350-degrees about 30 to 45 minutes, until set. In home oven, bake in pre-heated 350-degree oven for 30 minutes. 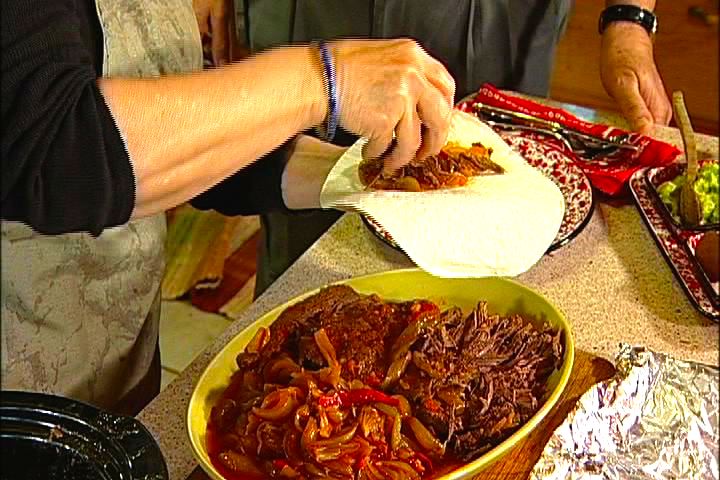 Coat slow cooker with vegetable spray. Turn to low. Sprinkle venison with fajita seasoning and place in bottom of cooker.  Mix salsa, tomato paste, garlic, lime juice and black pepper in small bowl. Spread mixture over meat.  Layer onions and peppers on top of venison. Do not stir. Sprinkle with additional fajita seasoning. Cook on low for 8 hours. Remove vegetables and meat to platter. Cover and let rest 5 to 10 minutes. Slice meat and serve on flour tortillas with desired condiments.

For conventional ovens, bake in a 350-degree oven for 45 minutes.  For either method, bake until cobbler is bubbly and golden brown. 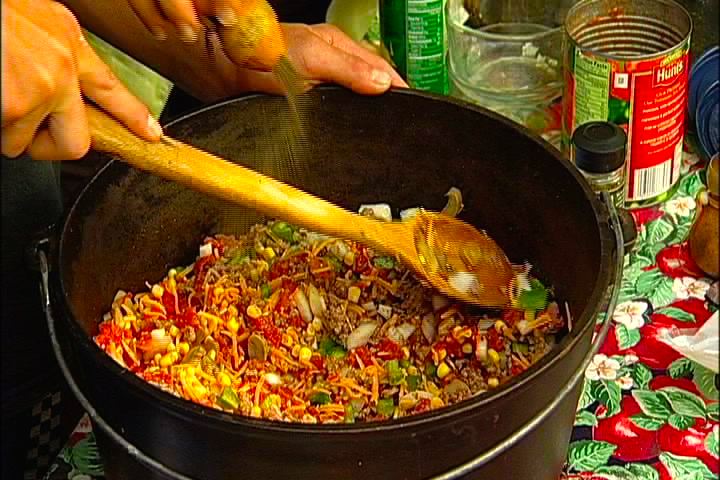 Spray Dutch oven with vegetable spray.  Add 2 tablespoons oil.  Brown meat.  Add onions and peppers and cook until soft.  Add remaining ingredients, reserving one cup of cheese until later.  DO NOT COOK SPAGHETTI.  Break spaghetti and put in oven dry.  Put lid on oven and place coals underneath and on top.  Cook at 350-degrees for 30 minutes.  Check for doneness.  Add remaining cheese on top of spaghetti.  Replace lid to melt cheese.  Serve.