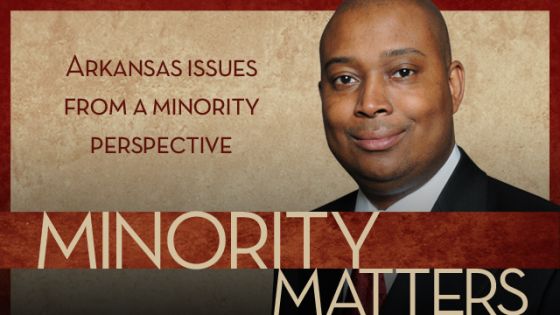 AETN will premiere Minority Matters, a new series that provides a dedicated forum for discussion and exploration of issues affecting Arkansans from a minority perspective, Sunday, June 24, at 4:30 p.m.
Hosted by Sylvester Smith, Minority Matters seeks to create a deeper level of understanding and awareness of minority issues for all Arkansans and to explore the states current successes, challenges and opportunities.
The first episode surveys the Arkansas political landscape from the view of black candidates who have run for high level statewide and federal offices.  Panelists sharing their campaign experiences and challenges in the pilot episode include: Joyce Elliott and Princella Smith, 2010 U.S. Congress candidates; Ron Sheffield, 2002 lieutenant governor candidate; and Judy Smith, 1998 and 2000 U.S. Congress candidate. Following the discussion, Doyle Webb, chairman for the Arkansas Republican Party, and Candace Martin, communications and research director for the Arkansas Democratic Party, will explain their parties work to reach out to minorities around the state and their views on when they think a minority will be elected.
Host Sylvester Smith  a local businessman and community leader  has been politically active for many years and is one of the only Arkansans who has served on the governing bodies of both the Republican and Democratic parties of Arkansas.  Smith also publishes the Web-based ink Magazine and serves on the Arkansas Real Estate Commission. He is a graduate of Philander Smith College and earned his MBA at Harding University.
Future topics may include health, the arts, education disparities, minority relations and various other issues of importance to all Arkansans.
TUNE IN: Minority Matters will air the last Sunday of each month at 4:30 p.m. and repeat the following Thursday at 6:30 p.m. The first episode will repeat Thursday, June 28, at 6:30 p.m.