Willie Torrence has been an umpire for Little Rock's Reviving Baseball in Inner Cities (RBI) – in addition to his work as a collegiate and high school umpire – for more than a decade. In his RBI story, he tells us why he will always support Little Rock RBI because of how it impacts players’ lives. 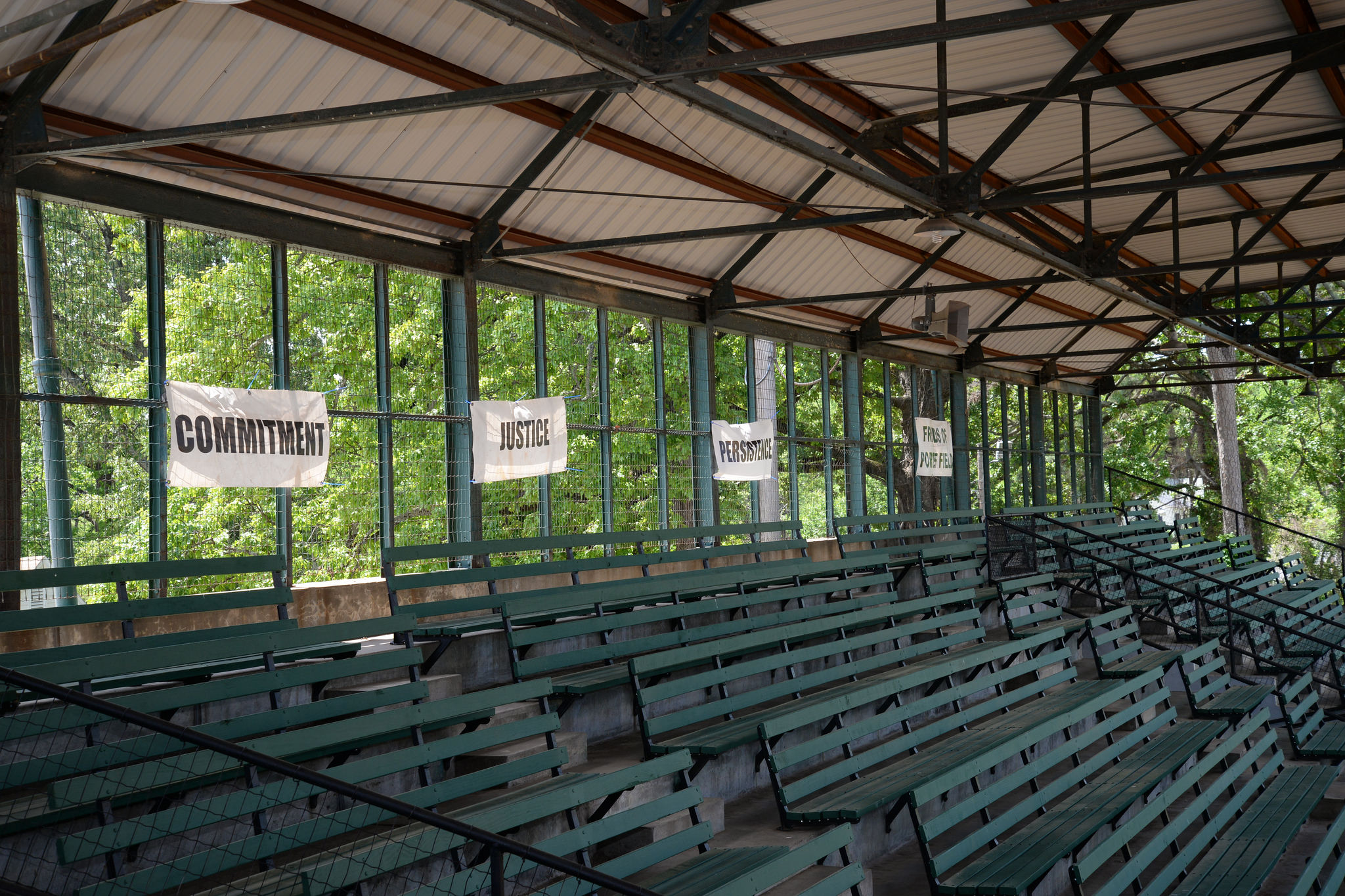 What do you love about Little Rock RBI? What makes it special?

What really impresses me about RBI is how it really develops youth. Its program with the Breaking Barriers’ nine directives – courage, teamwork, determination, persistence, integrity, citizenship, justice, commitment and excellence – gets everyone involved in a way that goes beyond the basics and changes lives. I’ve seen it affect kids of all talent levels who come from all walks of life in the 10-12 years I’ve been involved with RBI. 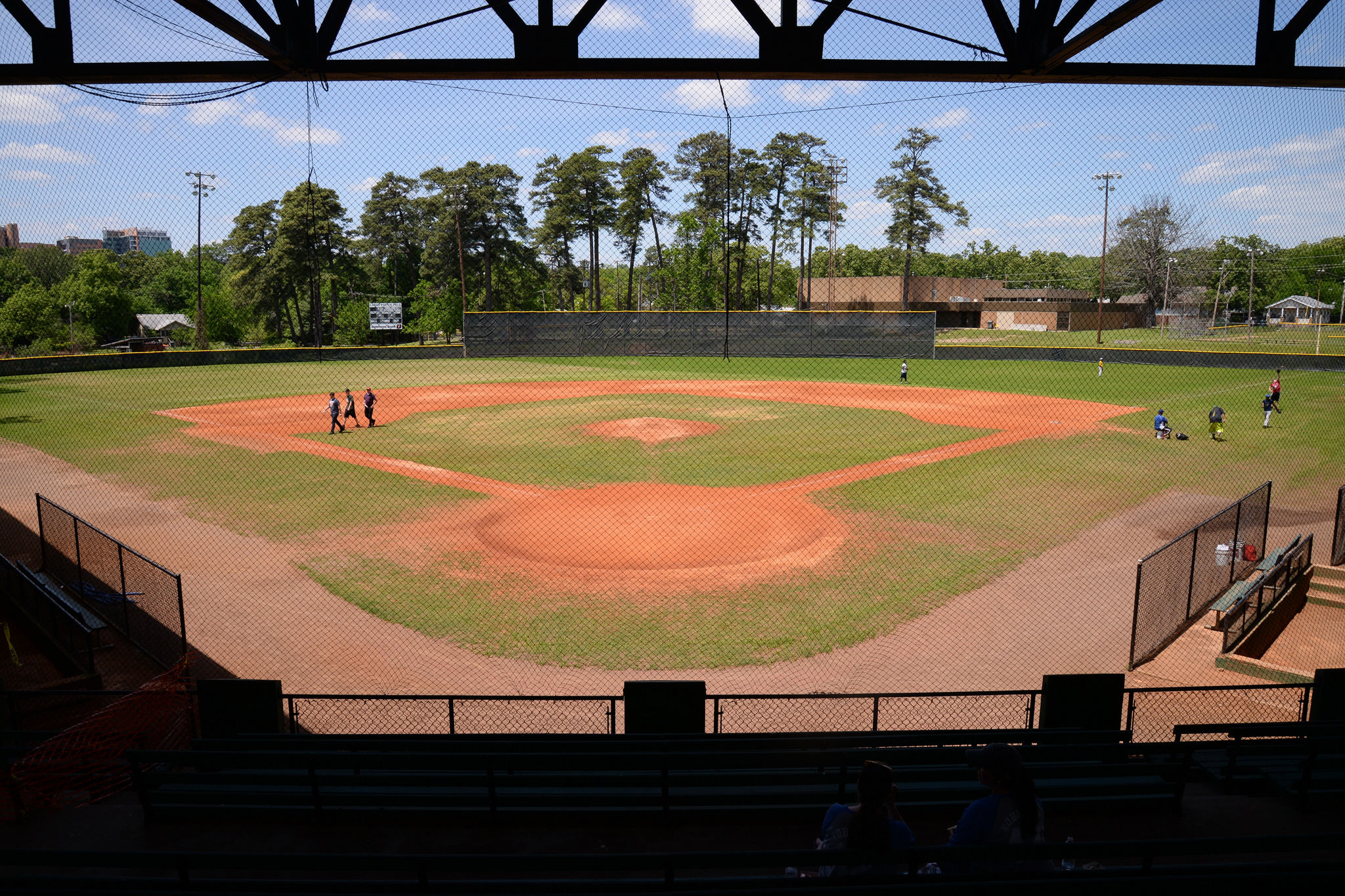 What is your favorite RBI memory?

I have to say that it all culminated for me when the Freedom Tour came to Little Rock and I got to meet Mo’Ne Davis. It was unbelievable to get the chance to see her play. The tour’s stop in Little Rock just shows you how big RBI’s influence is and the level of play involved in what we’re doing. 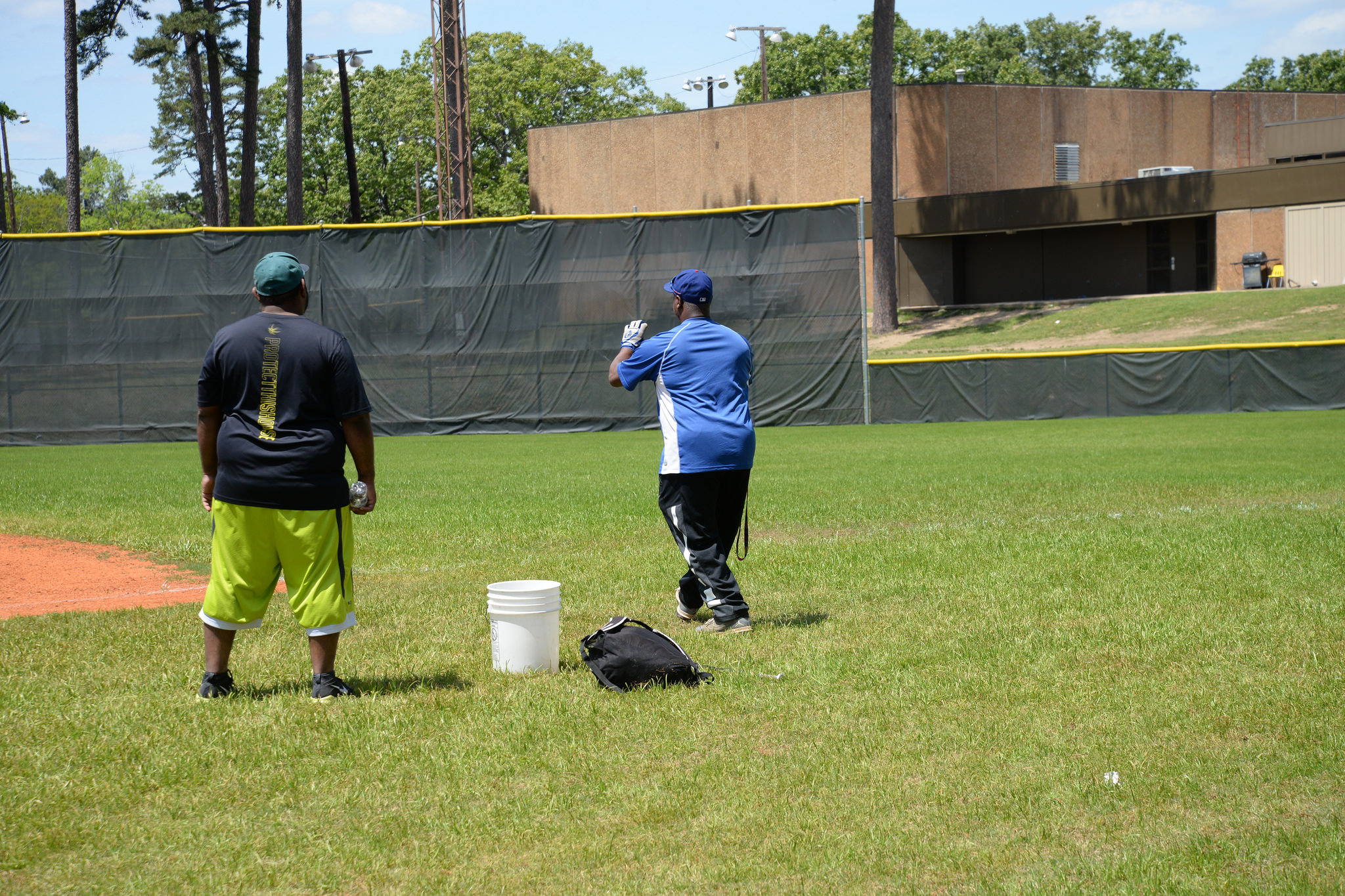 How did you get involved with Little Rock RBI?

I’ve been a college and high school umpire for about 30 years, and I got started with RBI when Dr. Gray contacted me through the local league association of umpires. I actually train umpires with the league and work to bring in new umpires by recruiting people who announce or coach for high school and college sports because they’re usually really familiar with the game.

Since I’ve gotten started with RBI, I don’t care what I’m doing or what I’m getting paid. I’m coming back to RBI to support these kids. RBI teaches more than baseball – it shows players how to be men, how to be better people. It shows them that they can be who they are, regardless of their circumstances. 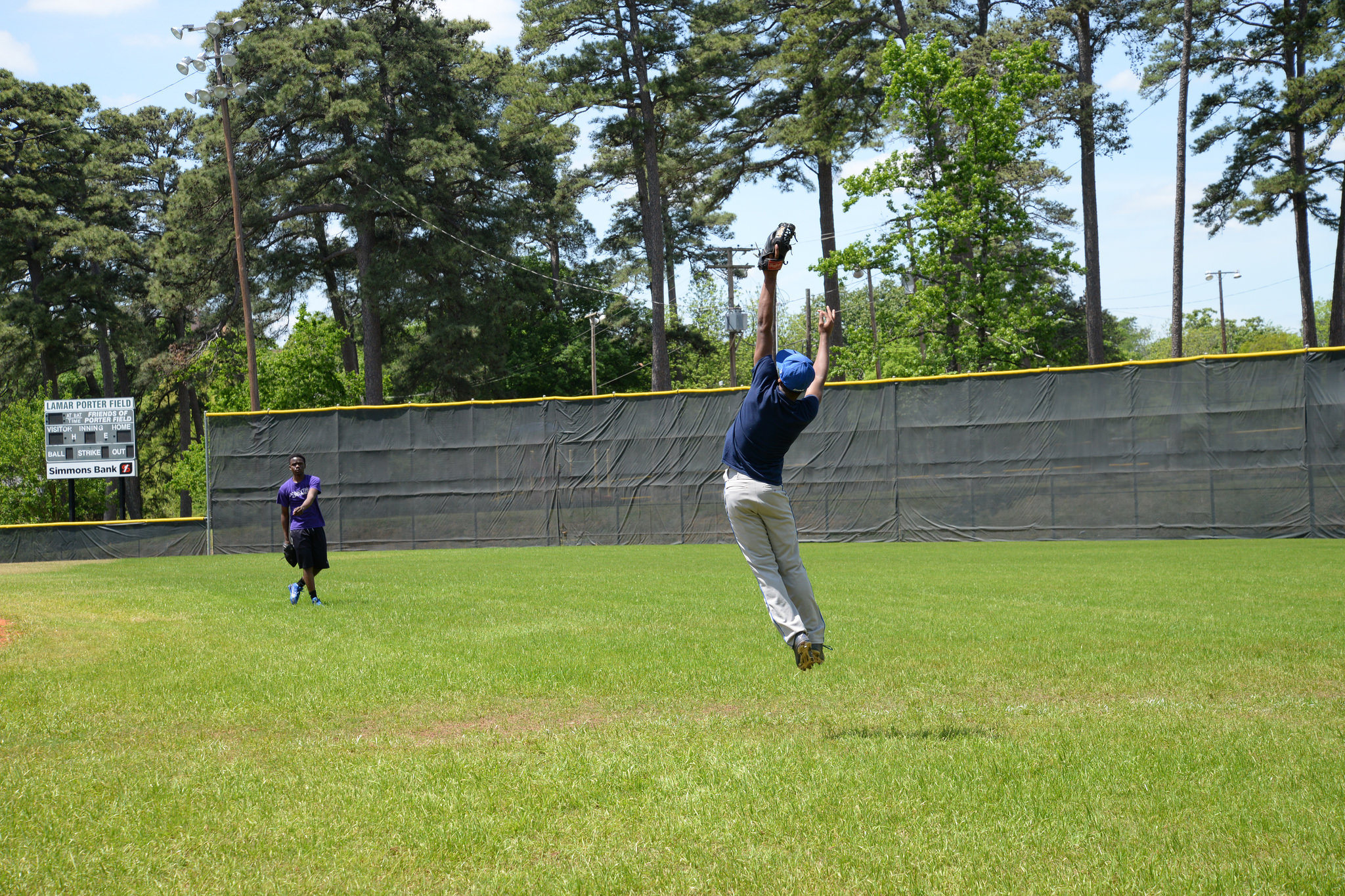 What are you doing with RBI now that you enjoy?

You know, there are about two weeks between high school and college baseball and the summer league season. It’s usually crazy trying to get everything done and set up before you start back again, but right now I’m trying to get the word out about RBI. I’m going to visit schools in the Little Rock School District to speak in person about RBI. I’m interested in getting some PR behind this! By going and showing up at the schools, we’re making RBI more visible and letting anyone interested know that this is about more than summer league – we’re showing concern for them. 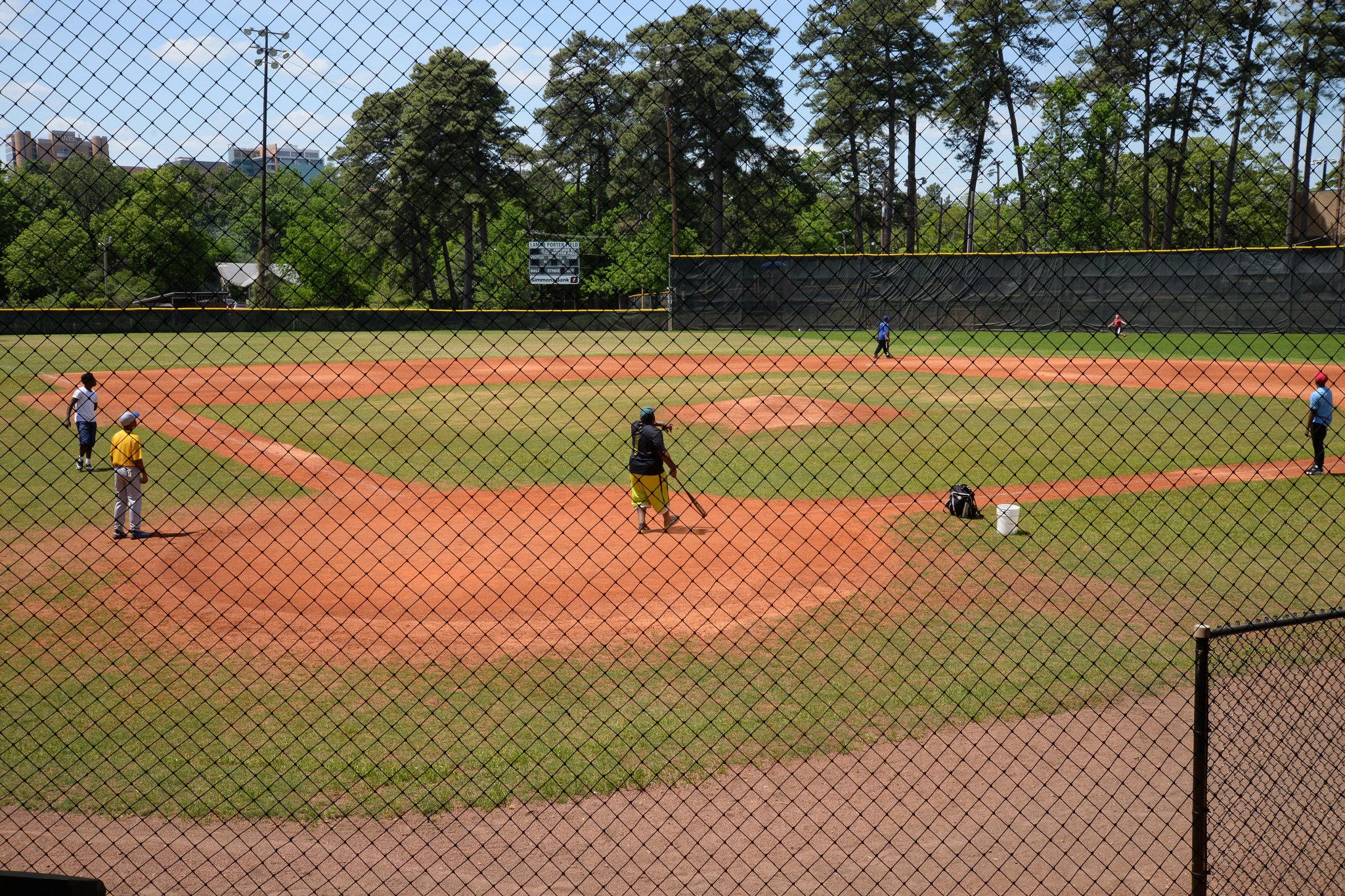 What are your hopes for Little Rock RBI’s future?

I would like to see Little Rock’s program become a national leader in RBI. A little while back we hosted RBI’s Regional Tournament in Dickey-Stephens Park, where the Travelers play, and people coming in always enjoyed it. They admired the way we hosted it. And our program has the makings to a national leader – maybe even to swing the national tournament from Florida! (I think that they have that kind of locked down – who doesn’t want to go to Florida, haha – but we can try!)

I want to see us show that we in Arkansas can do it all just as well, if not better.


Are there any RBI players who stick out in your memory?

You know, there was one young man, I can’t think of his name, but he always had this big afro. And we always knew it was him on the field because it made his hat stand up!

We gave him a hard time about when, if ever, he was going to get his hair cut, but he probably never will. He was really bright – he had like a 34 or 35 on his ACT – and he’s smart enough that he won’t have to change and will be able to do whatever he wants to do. He’s one of those kids that in a few years we’ll be seeing him and saying, here comes Dr. So-and-so we knew from RBI!

What stood out to me most, though, is that he was like a big brother to everyone on the team, even though he was one of the smallest guys out there. You know, he came back after he went to college to his high school, eStem, to talk to the guys who could join RBI. He was always available to them and showed them that they could make it, too.

Learn more about Little Rock RBI and how you can support players at rbilittlerock.com/donate or contact John Williams at 501-313-9466.

Breaking Barriers: In Sports, In Life