Jay Rogers, photographed with a portrait of his father, Lee Rogers, in Dodgers uniform.

Part of a multigenerational sporting goods family, Jay Rogers is a Little Rock native and lifelong baseball lover. He’s also a Little Rock RBI supporter, Lamar Porter Field Trustee and Boys & Girls Club of Central Arkansas Board member. Learn why Jay’s been a part of Little Rock RBI for more than 13 years and why this important program is like no other available to local students.

Would you tell us who you are and about your Little Rock ties?

I’m Jay Rogers, and I’m the second of three generations in the Little Rock sporting goods business. I’ve owned and managed SportStop — now with my son James — since 1978.

How did you get involved with Little Rock RBI?

Well, I’ve been working with Little Rock RBI since 2003 when Dr. Wayne Gray approached the Boys & Girls Club of Central Arkansas, whose board I serve on, about the idea of opening an RBI charter. Since I’m one of three trustees for Lamar Porter Field — my son James is actually another one — I was also involved in the idea of opening up Lamar Porter Field for the games.

It was really a complementary process that I got more involved with as time went on. Dr. Gray and Minor League Baseball player Joe Young had major roles in starting the Little Rock RBI program, and I was leading the restoration of Lamar Porter Field. With Friends of Lamar Porter Field, we were able to raise about $500,000 to get the complex back in shape to play. And, since Dr. Gray’s moved to Mississippi, I’ve gotten more and more into working with RBI directly. 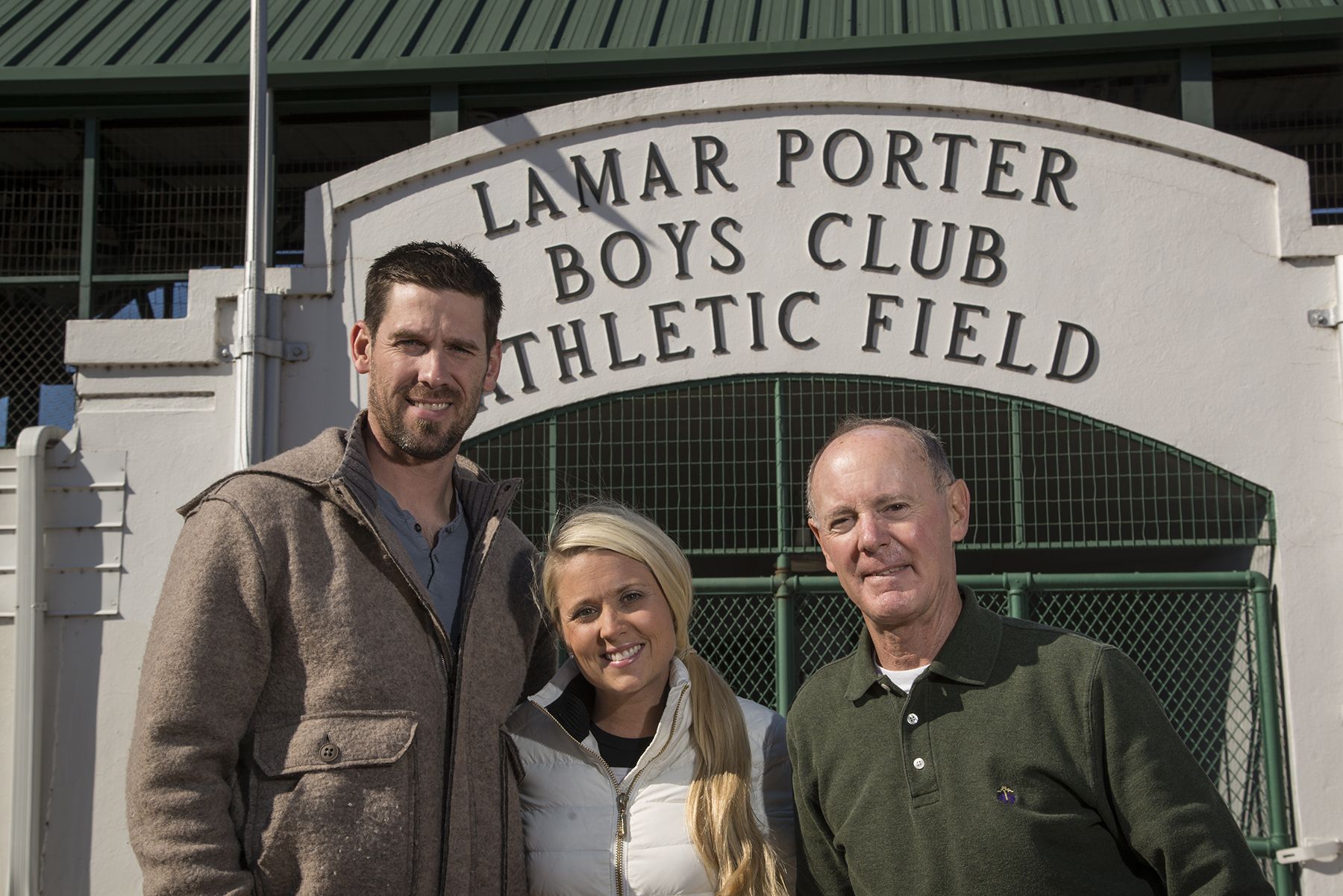 We had the chance to speak with Kristen and Cliff Lee about how they started working with Little Rock RBI. There’s quite a story about how they met you, isn’t there?

There is. We were having a big event at Lamar Porter Field with Brooks Robinson — a legendary MLB third baseman who graduated from Little Rock's Central High School — and, since there was going to be a lot of press there with local magazines, my wife Jane was getting her hair done for it.

While Jane was in the beauty shop, Kristen Lee just happened to be there at the same time. Kristen overheard my wife talking to her hairdresser about Brooks Robinson and got excited. So, my wife put her and her husband Cliff Lee — who is an MLB pitcher — in touch with me, and it turned out they were able to join us. It was a big boost for Lamar Porter Field when the Lees got involved. They helped with fundraising and matched donations, which gave us the capital we needed to make the restoration process possible.

Every donation we receive matters, whether it's $100, $50, $200 or $20, and we’ve had more than 250 people contribute to make this restoration project possible — and create a place for Little Rock RBI and many other outstanding programs to be held.

You’ve played a big part in bringing RBI to life in Little Rock. What’s different and special about this program?

There are two major reasons that RBI is like no other baseball program available to students: its low cost and that it’s introducing older players to the game. 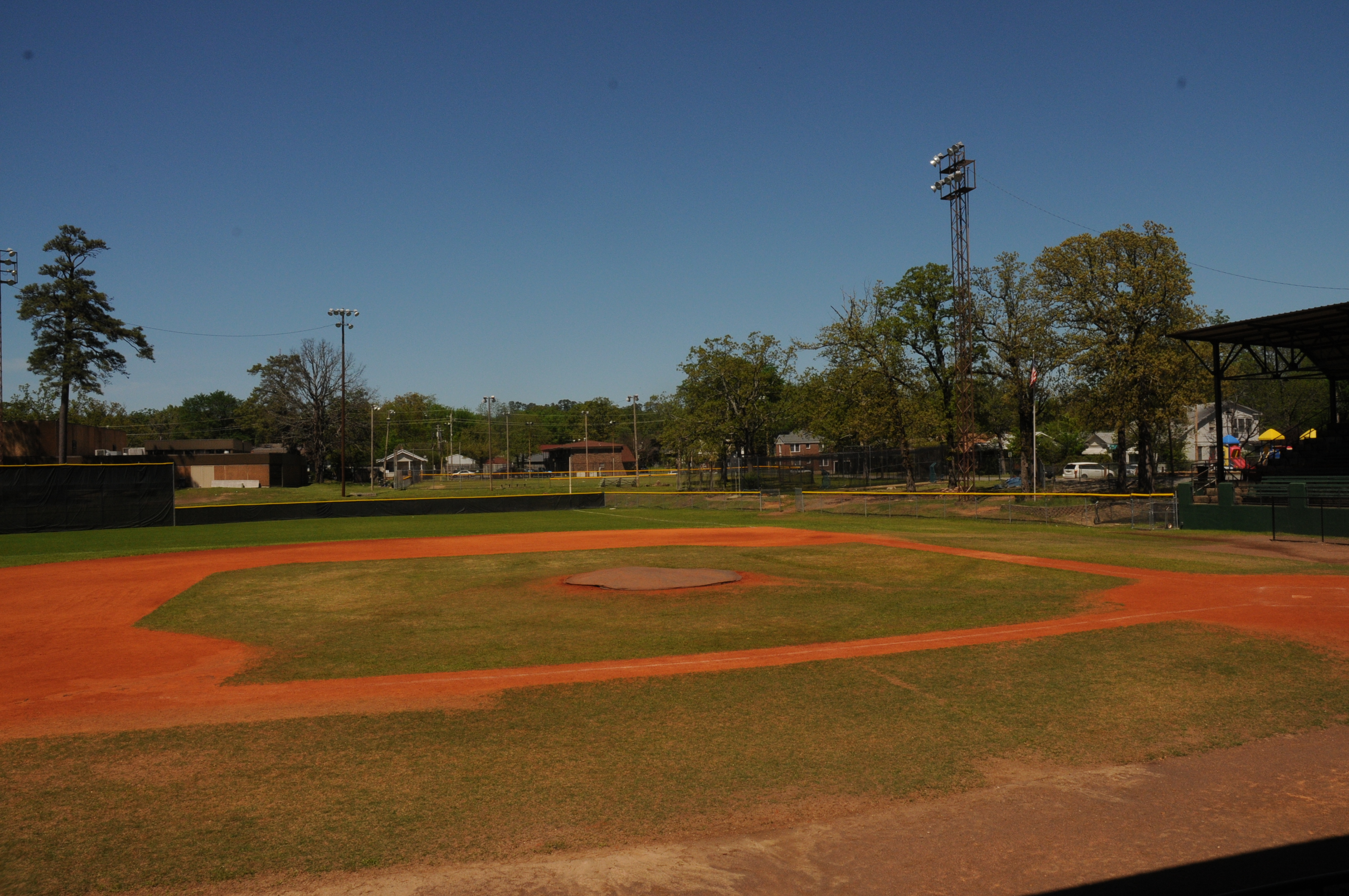 What do you mean when you say RBI’s costs are low? Is baseball a very expensive sport?

When I saw that RBI is low cost, think about this: You can start playing basketball for $40-70, no problem, but to play baseball with equipment that will last any time at all, that’s $300-400.

When a kid wants to play basketball, all he or she needs to get started is a ball and a pair of pretty generic shoes, but baseball doesn’t work like that.

To start playing seriously, each kid need cleats, a quality bat and a high quality glove.

They also need a team. You can play catch with just a few players, but to play baseball, you need 9-13 people per team. And it’s not easy to organize that on your own anymore; it’s not like going out to play 3-on-3 or 5-on-5 in the neighborhood.

To play during the summer, a lot of kids who want to do baseball join the Junior Deputy, American Legion or another type of league. That costs a minimum of $300.

Through Little Rock RBI, we’re able to help kids get started playing for – at most – around $90. And, thanks to the Jim Elder fund that Susie Elder makes available through the Boys & Girls Club of Central Arkansas, we’re often able to award scholarships that let players join for the cost of a Boys & Girls Club membership, which is about $60. This lets great players from local high schools or kids who have never had a chance to learn the game to be a part of a team and really get involved.

We’re excited that through AETN’s partnership with the Boys & Girls Club of Central Arkansas and a “Jackie Robinson” grant that – in addition to what we’ve done in the past – we’ll be able to give out 42 full scholarships to join RBI this summer, making the program absolutely free to those recipients. We’re also seeing local people and businesses, like Simmons Bank, make donations that will help fund even more full, annual scholarships.

Tell us a little more about how Little Rock RBI brings new players to the game.

Like we were saying, the second reason that RBI is different from other programs is that we’re introducing players to baseball.

Every year, at our opening practice, we’ll see a lot of the guys – ages 13-15 for our junior league and 16-18 for our senior league – come out to play that haven’t ever had a chance to learn the basics before. They’re starting completely fresh.

Then, we’ll watch them go from having to work at pitching from shortstop to first base at the first practice to playing really good baseball by mid-season.

Why is it important that Little Rock RBI exists to do this?

You know, this program is called Reviving Baseball in Inner Cities. And Little Rock RBI important because it’s doing just that.

The truth of the matter is that there just is not that much diversity in baseball anymore – the game is missing black players. Just take a look at the Arkansas Razorbacks – we have one black player this year – and that’s something you see throughout the SEC. Why is that when you see such strong representation in football? And, especially, basketball? Like we talked about before, part of that is due to the cost of entry and part to the lack of opportunity to learn or play baseball when you live in the city.

RBI is doing something to change that. Our teams are based out of the neighborhoods surrounding Lamar Porter Field and Central High School – Stifft’s Station and Capitol View – and roughly two thirds of our players are from minority groups.

Why is Little Rock RBI important to your players?

This whole program is based on Jackie Robinson’s principles. We teach one of his character values each week as part of our Breaking Barriers program, and we’re involving kids who might never get a chance to do something like this otherwise to gain skills – learning the game – but, more importantly, they’re learning what it’s like to work as a team from scratch.

Teamwork. Definitely. Most of our players come in not knowing each other at all, not knowing the game at all – and they come from all kinds of places: we reach out to the schools, Boys & Girls Clubs, the neighborhoods – and, by the end of the season, they know how to work together as a group. They learn to rely on each other. And that’s something that … no matter how long they play baseball … they’ll use for the rest of their lives. 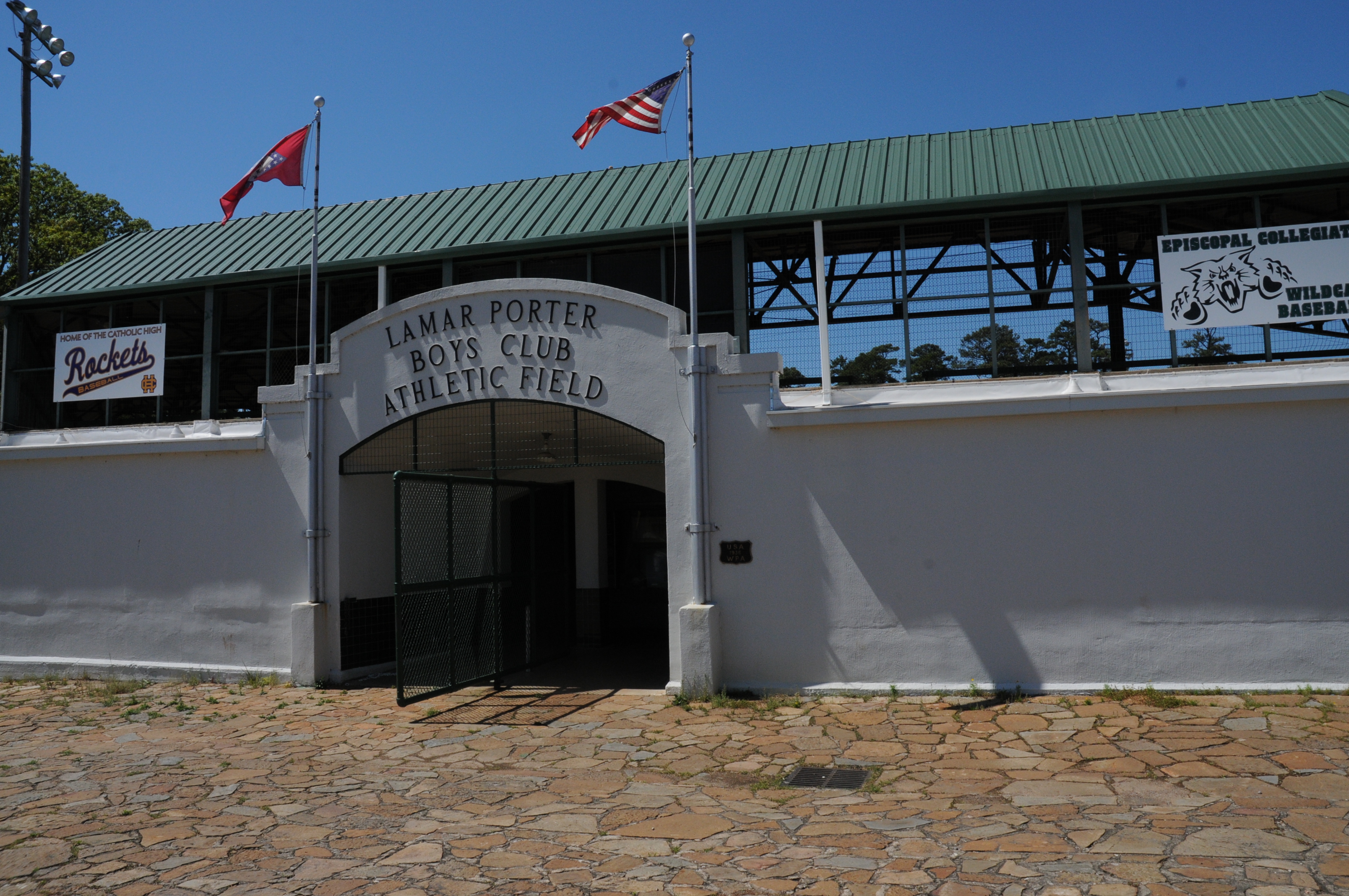 Now, you have a long history with Lamar Porter Field. Tell us a little bit about your memories of it.

My dad Lee Rogers — before he married my mother — had a baseball career with both minor league baseball and MLB, a split season with the Red Sox and the Dodgers. (Unfortunately, he left before Jackie Robinson joined the team, but he did get to play under Babe Ruth!) So, I grew up a baseball fan.

I played on Lamar Porter Field from 1960-61 on the Right Service on Broadway team and later as part of American Legion baseball as part of the Checker Cab team.

And your Little Rock sports story just continued after that, correct?

Haha, yes. I’m the second part of a multi-generational sporting goods family. My father was a part owner of Spaulding Sporting Goods on Capitol in downtown Little Rock, and I worked for him for roughly 10 years. Then, I could see the growing need in West Little Rock and opened SportsStop in 1978. My father actually came to work with me for about 15 years after he sold his interest in Spaulding in 1980! Now, my son James helps me run the business. We’re glad to play a continuing role in Little Rock athletics on several fronts.

AETN is grateful to Jay and SportStop for their help in securing bats and uniform patches for the 2016 Little Rock RBI teams through a “Jackie Robinson” grant made possible by WETA and Florentine Films.

Breaking Barriers Sports Equipment Drive
Donate new or gently used baseball equipment for all ages April 24.
Learn more about how you can support Little Rock RBI at rbilittlerock.com/donate or contact John Williams at 501-313-9466.