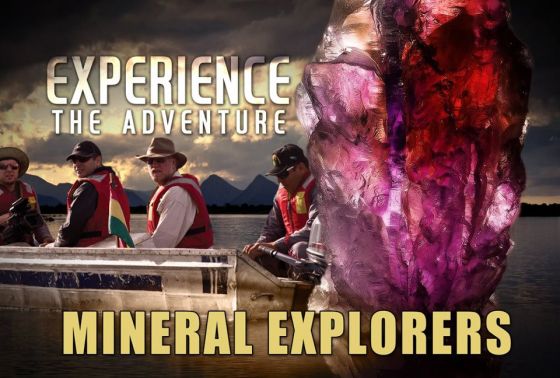 AETN is proud to present Mineral Explorers - Bolivia as part of our Arkansas Independent Film Month this April. Produced by Hot Springs resident and longtime mineral dealer Thomas Nagin, Mineral Explorers is an adventure travel series that takes viewers to some of the richest and most remote mines around the world. In the Bolivian episode, Thomas leads viewers to the Anahi Mine on a quest for amethyst and ametrine. Below, Thomas tells the story of how the idea for Mineral Explorers was born:

I'm a morning person. For me, it's a time of reflection and contemplation. When the weather is nice, I like to grab a cup of coffee and sit outside on my deck overlooking the national forest adjacent to my property. This is where I was when the words, "Mineral Explorers," first flashed across my mind. 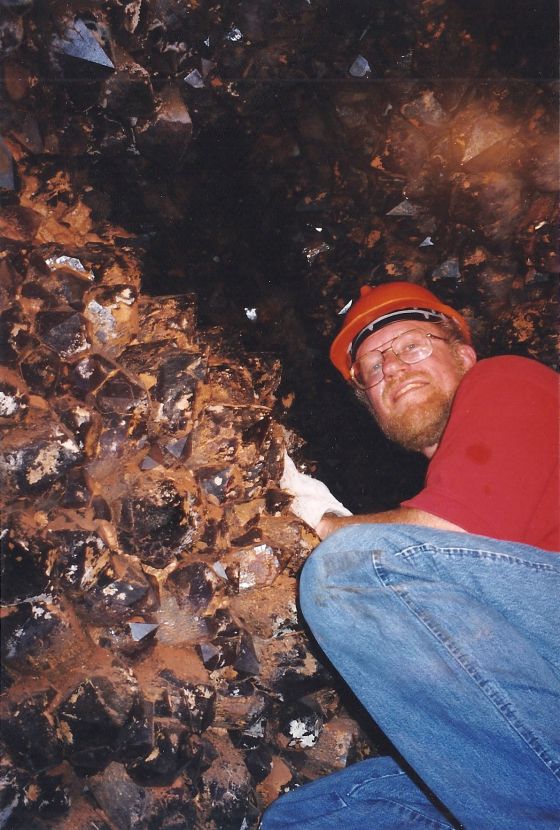 I've been a mineral dealer for nearly 35 years, traveling the world in search of rare gems, crystals and minerals. One of my first sales was with the Smithsonian Institution in the 1970s, and I have been hooked ever since. Today, I sell to museums throughout the world, as well as to sculptors, private collectors, and galleries. The demand is high, so I make several trips a year, mostly to South America: Bolivia, Brazil, Colombia, and Peru. But my job's also taken me to Mexico, India and Africa.

People often ask me about my travels. They want to know what the people and the places are like, how the minerals are found and excavated, and, most of all, they want to know if they can go along with me.
It occurred to me that morning that I should start filming my trips, so that I could, in effect, take people along for the ride and answer the many questions I've been asked over the years. I would showcase not only the beautiful and diverse world of minerals, but also the vibrant cultures that surround it with the goal of creating something that's adventurous, informative and entertaining. 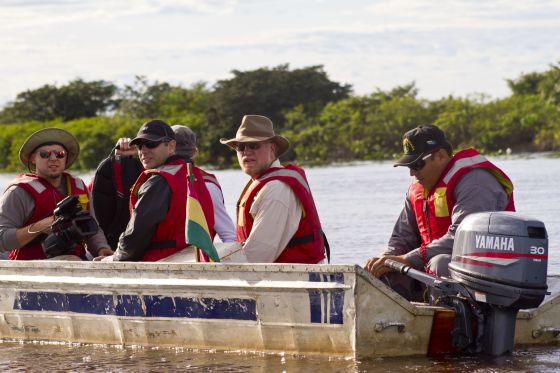 After a trail filming trip to Brazil with our newly-purchased equipment, director Jonathan Kudabeck and cinematographer Alex Meza joined me in Colombia to film our pilot episode. It was named "Best Reality Show" at the 2011 International Television Festival in Hollywood  a feather in our caps to be sure.

Those morning musings on my deck don't usually lead to much. Thoughts will often dance around in my mind before skipping off on the breeze flowing over the hillside. But this one, I felt, was worth clinging to and turning into something tangible. Thanks to the encouragement of my family and friends, and a really talented production crew, I've been able to bring the idea of "Mineral Explorers" to life. I hope you all enjoy watching it as much as we've enjoyed making it.
TUNE IN:
Thursday, April 11, 2013
"Mineral Explorers - Bolivia," 6:30 p.m.