Part “Downton Abbey,” part “M*A*S*H,” part “Ken Burns: The Civil War,” and something  altogether new, the series unites familiar stars with outstanding new talent as they discover in the midst of national tragedy that blood is neither blue nor gray.

Going beyond the battlefield and into the home front lives of Americans on both sides of the Civil War, “Mercy Street” delves into the unprecedented challenges of one of the most turbulent times in United States history.


Set in the occupied border town of Alexandria, Virginia, in the spring of 1862, “Mercy Street” focuses on the lives that collide at Mansion House, a luxury hotel that has been taken over and transformed into a Union Army Hospital. Leading cast roles include: 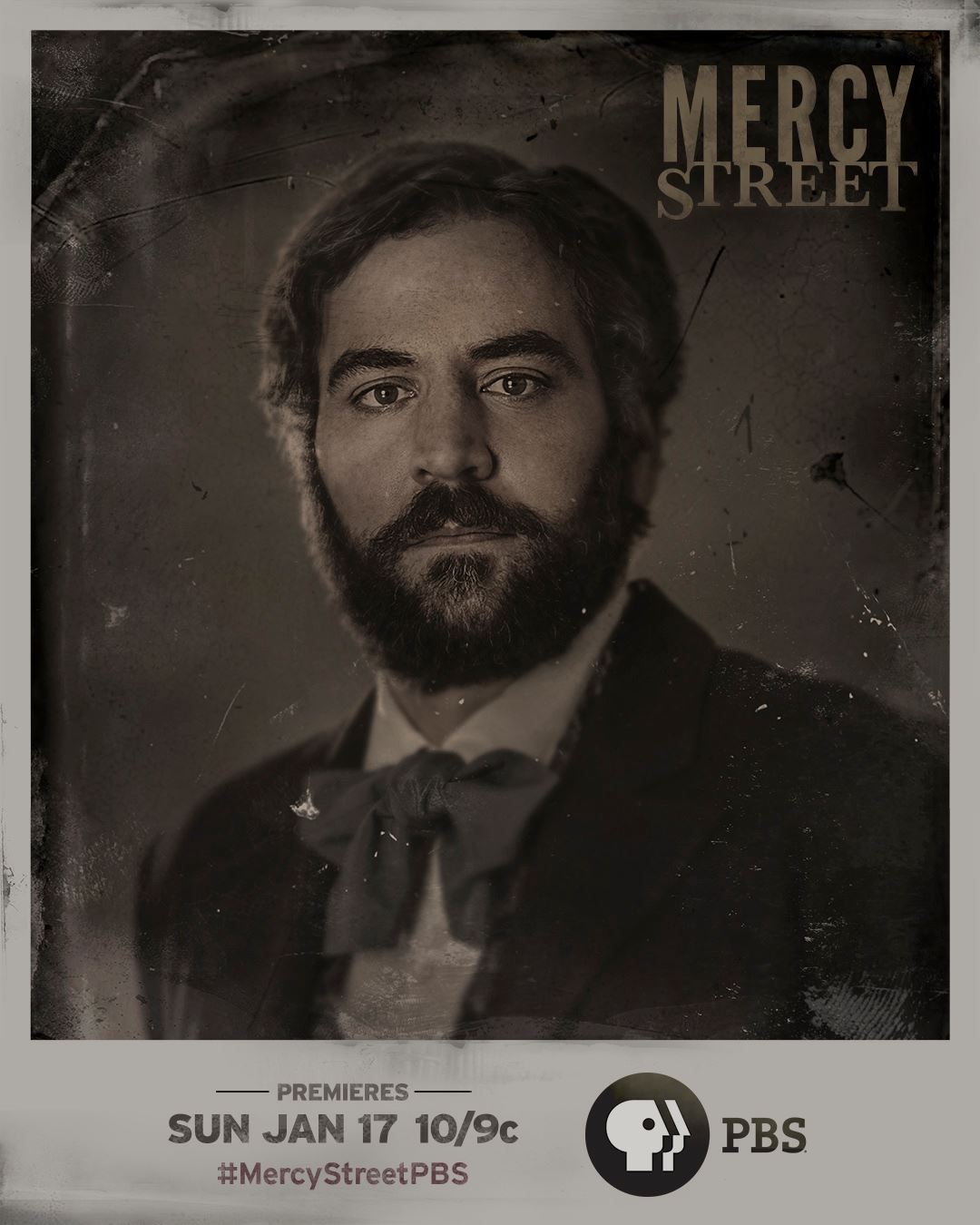 Dr. Jedediah Foster — who grew up in the privileged, slave-owning household of a wealthy Maryland landowner — is a civilian contract surgeon played by Josh Radnor.

Historical inspiration: while not based on a specific historical figure, much of the detail of Civil War medicine and a surgeon’s life was researched through the papers of Jonathan Letterman, MD.

Why you recognize him: Josh Radnor is well known for his role as Tim in “How I Met Your Mother” and his performances in “Happythankyoumoreplease” and Broadway’s “Disgraced.” 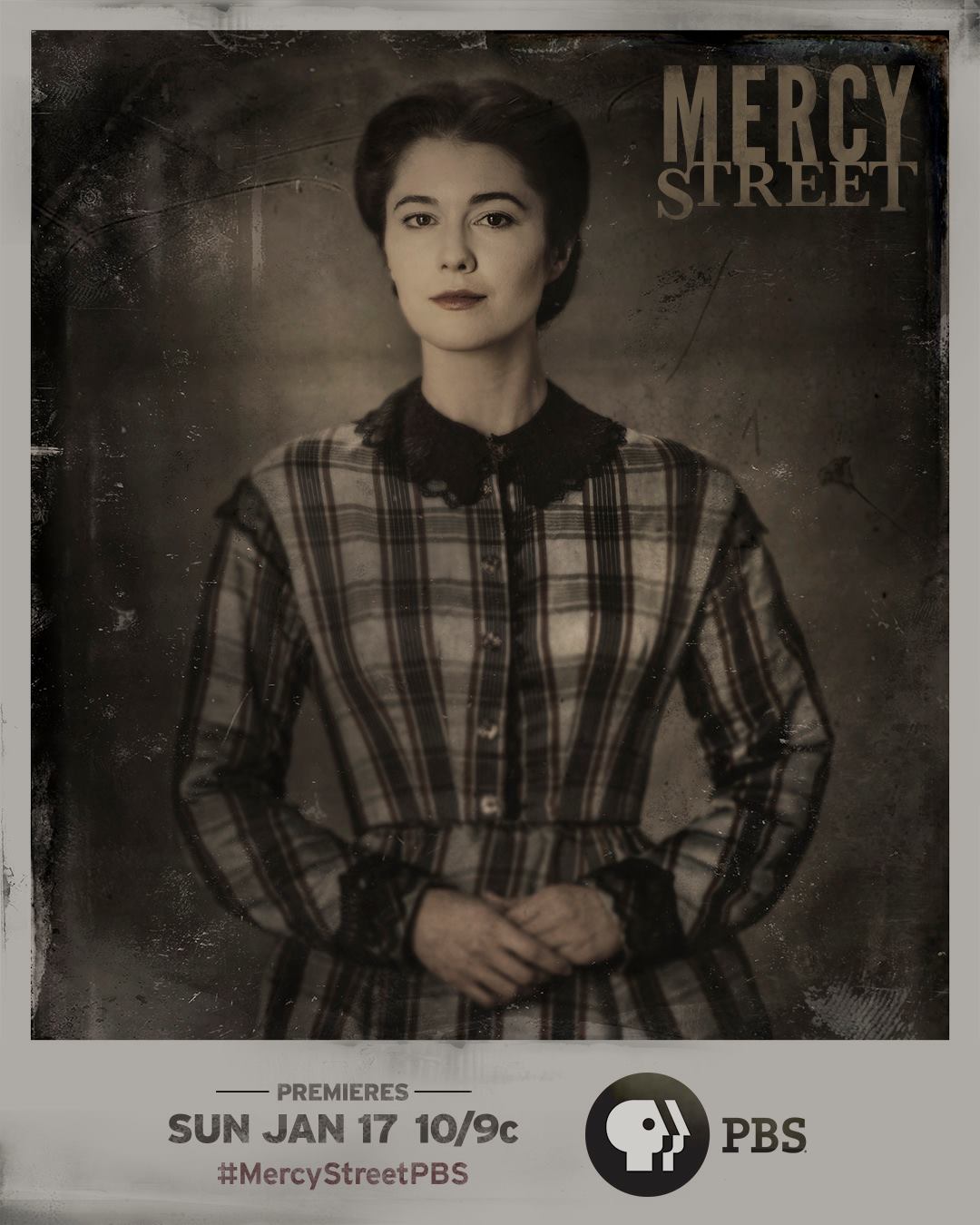 Why you recognize her: You may remember Mary Elizabeth Winstead for her roles in “Scott Pilgrim vs. the World,” “Smashed,” “The Returned” and “The Spectacular Now.” 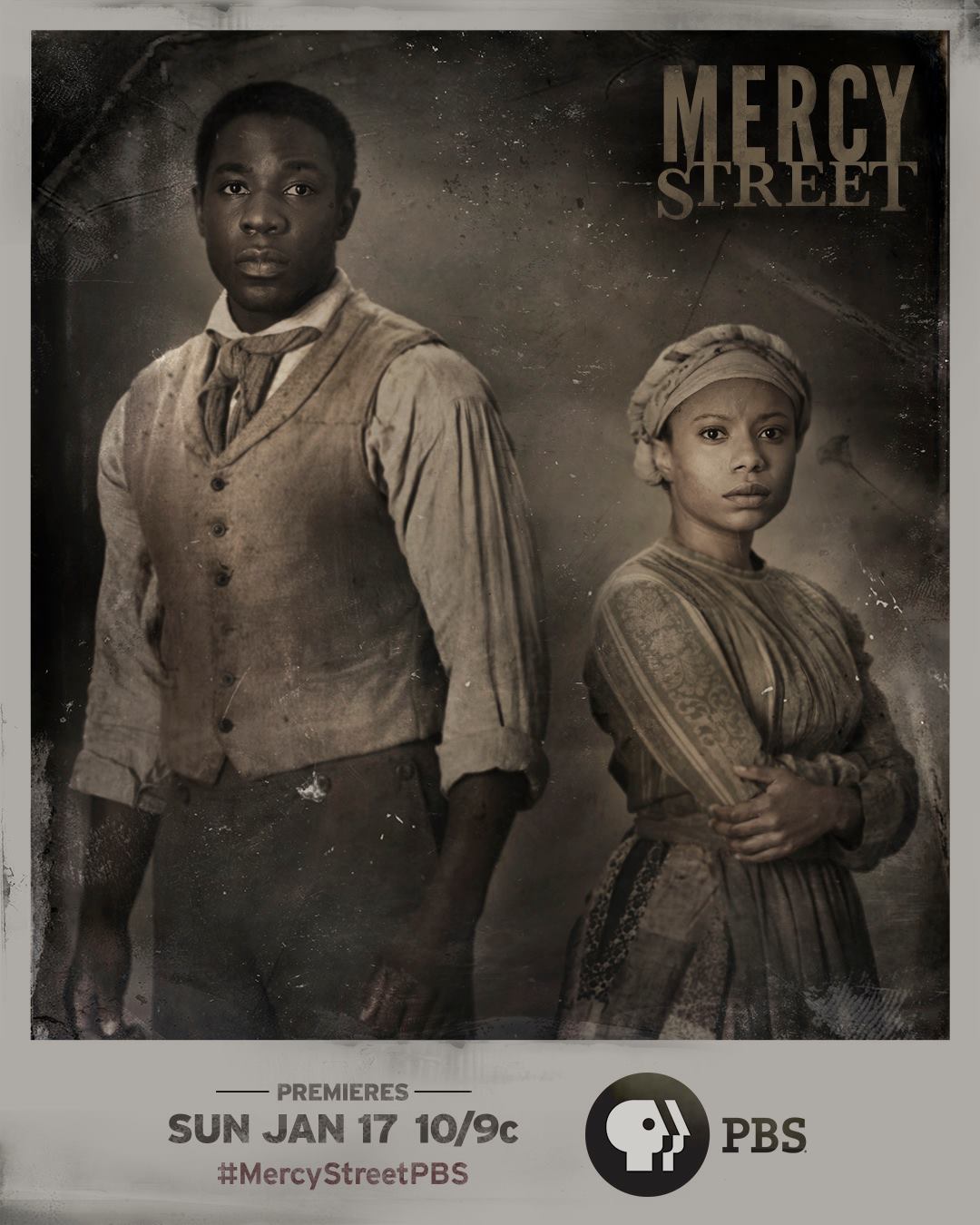 A black laborer who works in Mansion House Hospital, Samuel harbors a secret — and extensive — knowledge of medicine. McKinley Belcher III turns in a masterful performance as a black man with education and talent caught between two worlds … and two futures.

Aurelia Johnson, a laundress at the hospital, is a stoical “contraband” played by Shalita Grant.

Why you recognize her: While you may recognize Shalita Grant from her recurring role in “NCIS: New Orleans” or documentary “Rehearsing a Dream,” she is best known for her stage work in her Tony Award-nominated role as Cassandra in “Vanya and Sonia and Masha and Spike” and productions such as “The Philanderer,” “Measure for Measure,” “The Winter’s Tale” and “Merchant of Venice.” 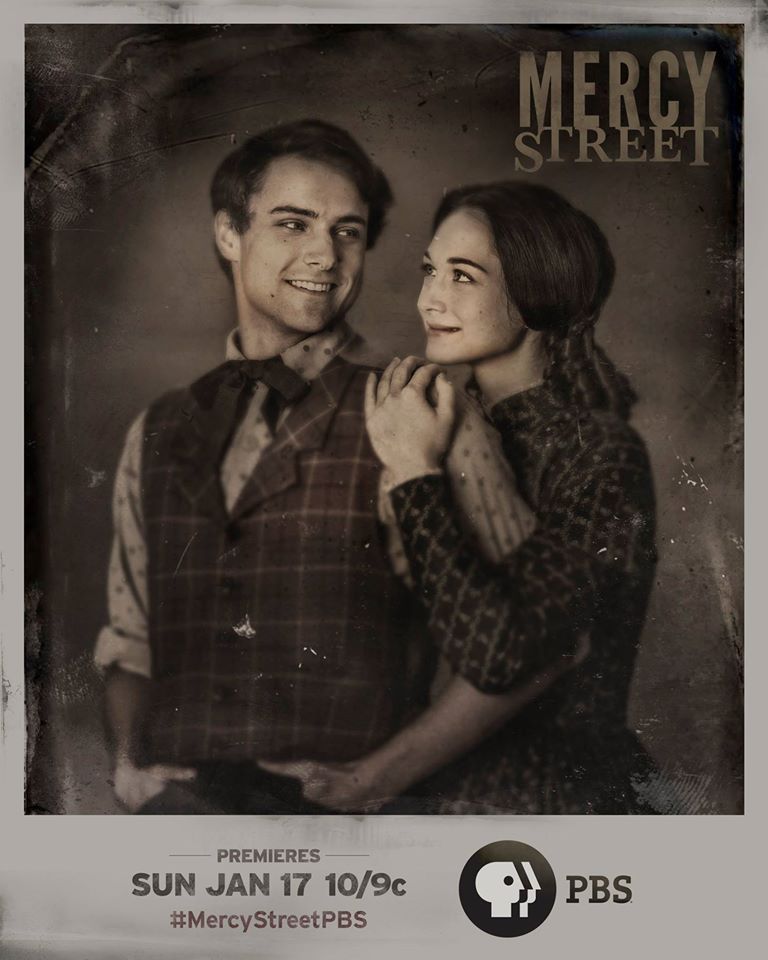 Historical inspiration: The real Emma Green was 18 in the spring in 1862 and in love with a man who would become one of the most prolific spies of the Civil War. As the war lingered on, Emma gradually became more and more loyal to the Confederate cause and aided his missions.

Frank Stringfellow, a Confederate spy who is betrothed to Emma Green, is played by Jack Falahee.

Why you recognize him: Named breakout star of 2014 by Entertainment Weekly, Falahee plays Connor Walsh in “How to Get Away With Murder” opposite Viola Davis. 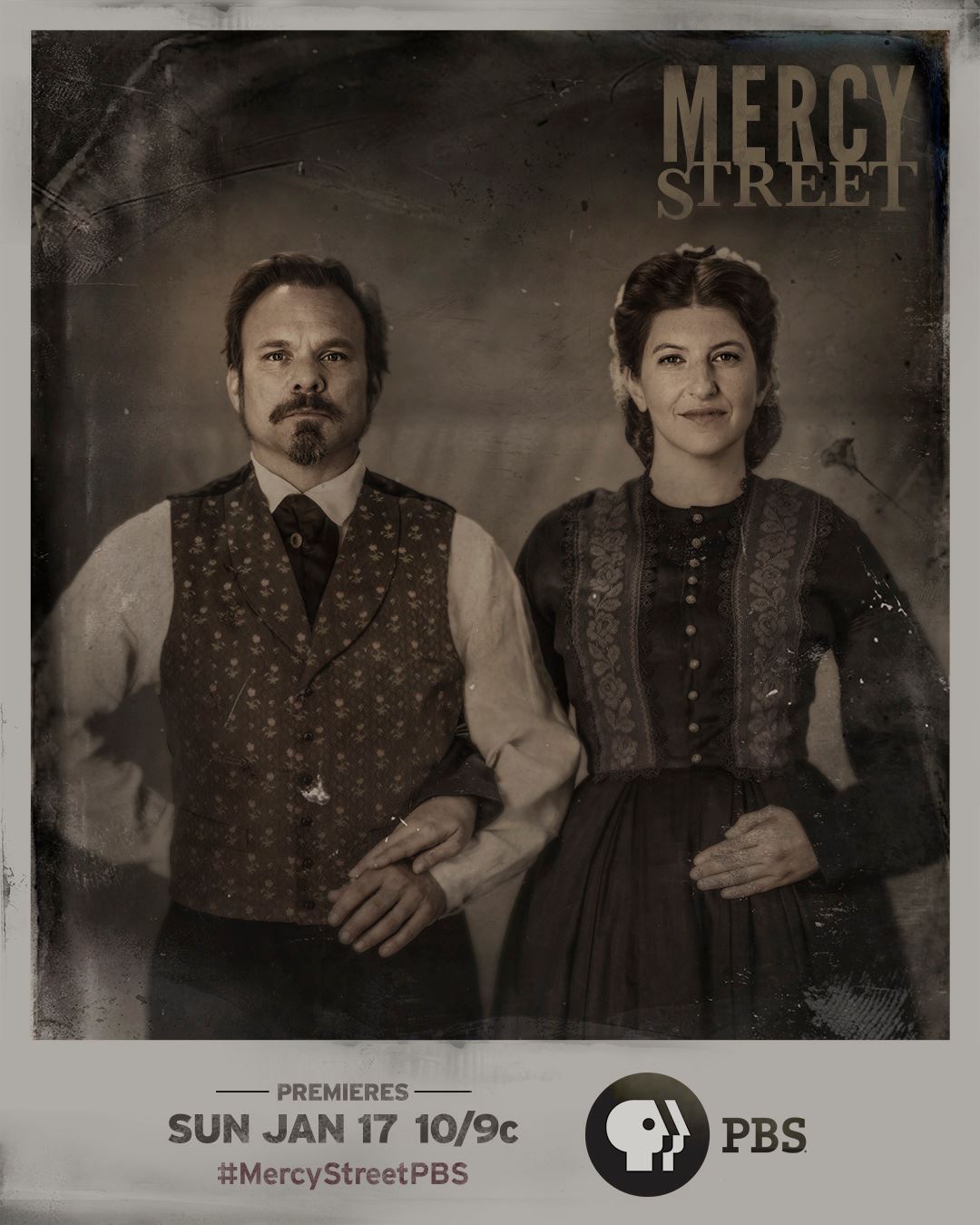 Dr. Hale, an old-school army surgeon played by Norbert Leo Butz, does all of his work duties strictly by the book. His personal life, however, is governed by a different code.

Why you recognize him: Norbert Leo Butz is best known for his work on Broadway in shows such as “Rent,” “Wicked,” “Dirty Rotten Scoundrels,” “Big Fish,” “Dead Accounts” and “Catch Me If You Can.” The prolific actor is also recognizable from his screen roles in “Dan in Real Life,” “Comanche Moon,” “Bloodline,” “Better Living Through Chemistry” and “Greetings From Tim Buckley.”

Nurse Anne Hastings, whose claim to fame is her experience working with Florence Nightingale in the Crimean War, is controlling and seductive woman played by Tara Summers

Why you recognize her: British actress Tara Summers is best known for her role as Katie Lloyd on “Boston Legal,” but is also well known for her work in “Damages,” “Ringer,” “Sons of Anarchy,” “Rake,” “Stalker” and “You’re the Worst.”

Why you recognize him: Peter Gerety has starred on screen and stage for decades with roles in pieces such as “The Wire,” “Inside Man,” “K-Pax,” “War of the Worlds,” “Changeling,” “The Good Wife,” “Mercy,” “Brothers and Sisters,” “Public Enemies,” “Surviving Picasso,” “The Curse of the Jade Scorpion” and “Paul Blart: Mall Cop.” 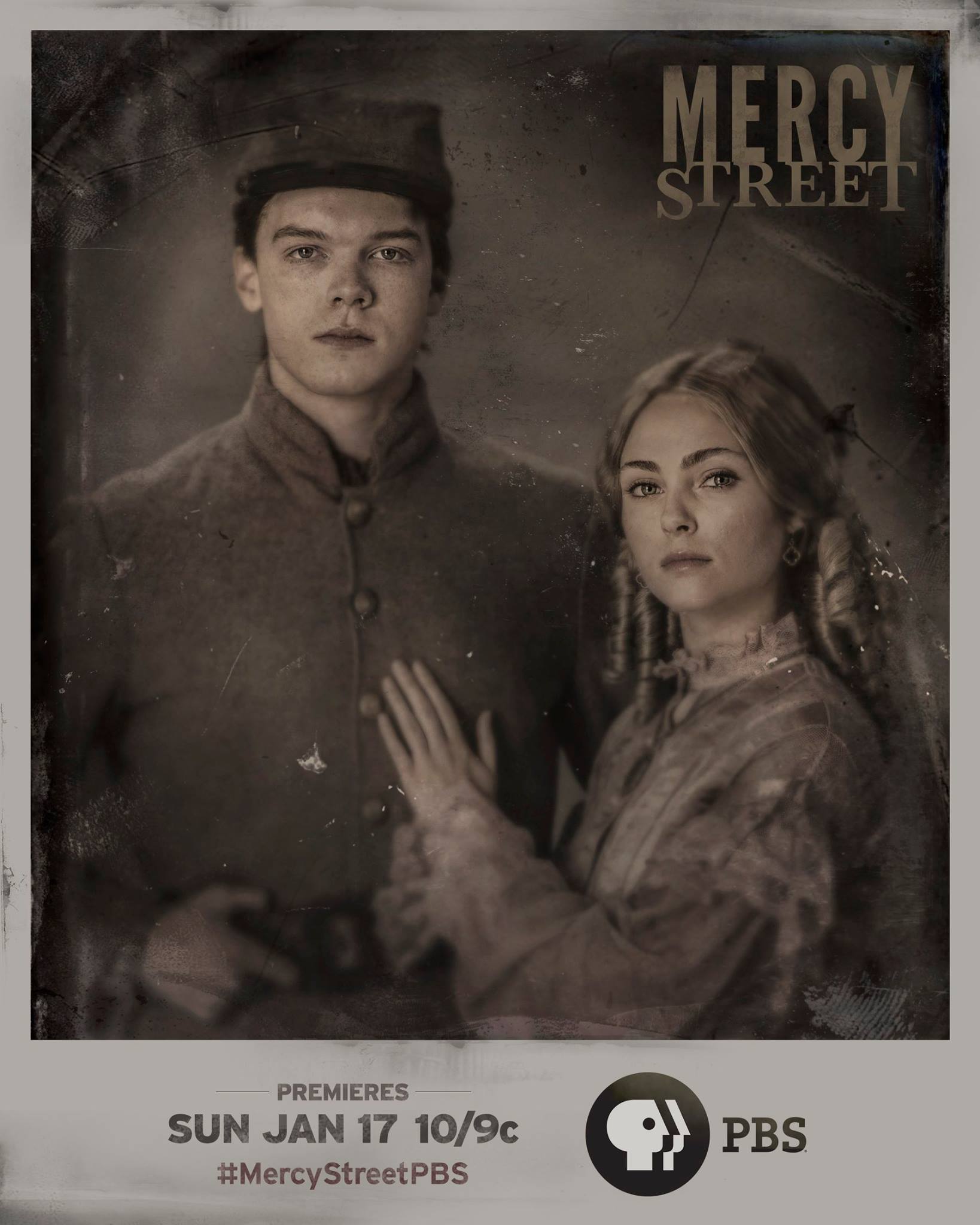 Alice Green is Emma’s frivolous and naive younger sister, who becomes the most radicalized member of the family, and is played by AnnaSophia Robb.

Why you recognize her: AnnaSophia Robb starred in “Soul Surfer” and is also recognized for her roles in “The Way, Way Back,” “A Conspiracy on Jekyll Island” and “The Carrie Diaries.”

Why you recognize him: Cameron Monaghan has been starring in some of film and television’s most buzzworthy projects, including “Amityville,” “Jamie Marks Is Dead,” as Ian Flanaghan on “Shameless” and as Jerome on “Gotham.” 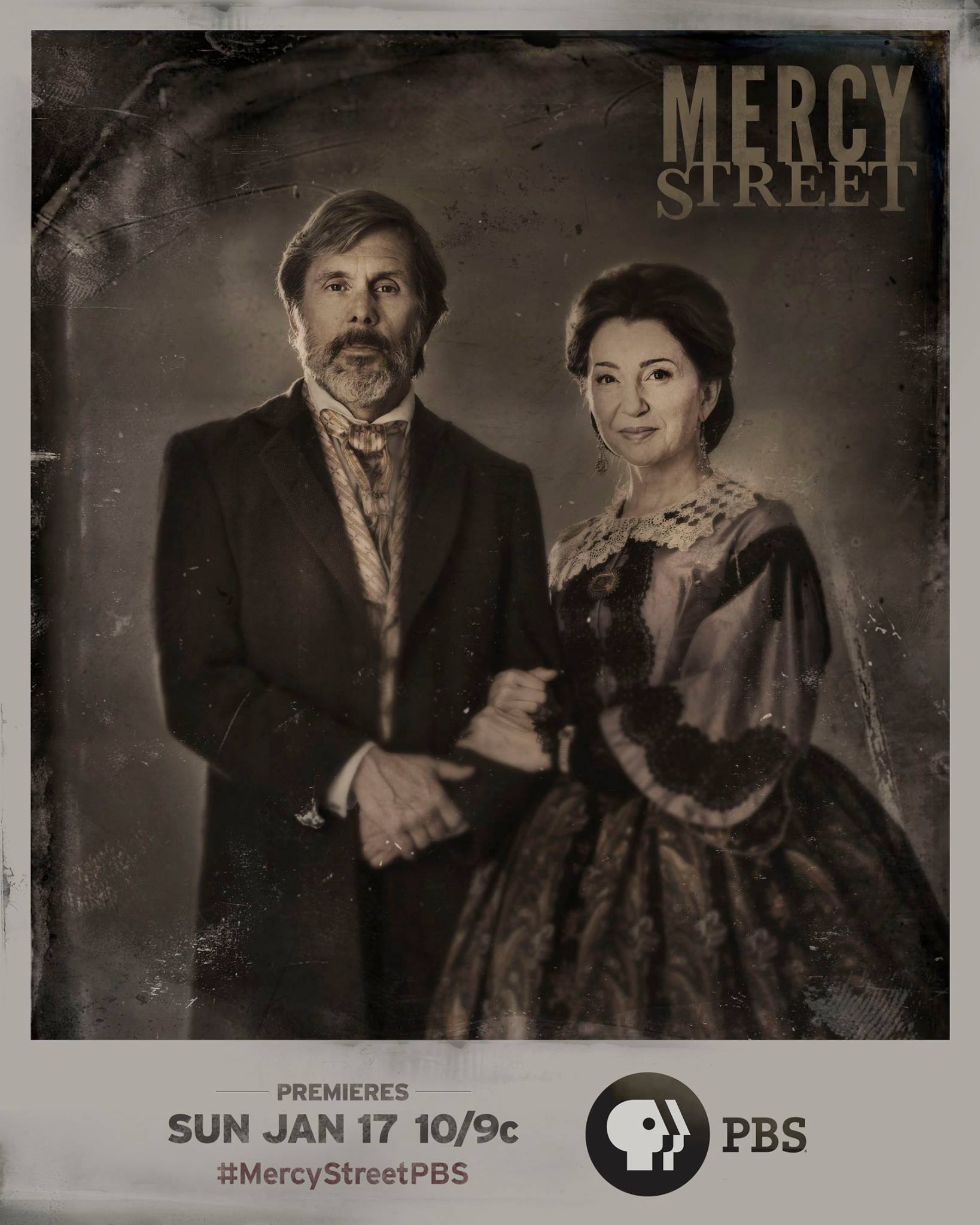 Struggling to maintain his family businesses while living in an occupied city, James Green, Sr. — the patriarch of the Green family — is played by Gary Cole.

Why you recognize him: Currently acting on “Veep” opposite Julie Louis-Dreyfus, Gary Cole is well known for his varied roles in features including “Tammy,” “West Wing,” “Office Space,” “Pineapple Express,” “Talladega Nights: The Ballad of Ricky Bobby” and “Dodgeball: A True Underdog Story.”

A quintessential Southern belle and mother of three, Jane Green, wife of James Green, Sr., is played by Donna Murphy.

Why you recognize her: Donna Murphy is an award-winning star of stage and screen known for her work as Fosca in “Passion,” Anna in “The King and I” and  The Witch in The public Theater’s production of “Into the Woods.” Murphy is also recognized for her performances in “Royal Pains,” “The Good Wife,” “The Bourne Legacy,” Dark Horse,” “The Nanny Diaries” and “Spiderman 2.” She also can be heard as the voice of Mother Gothel in “Tangled.” 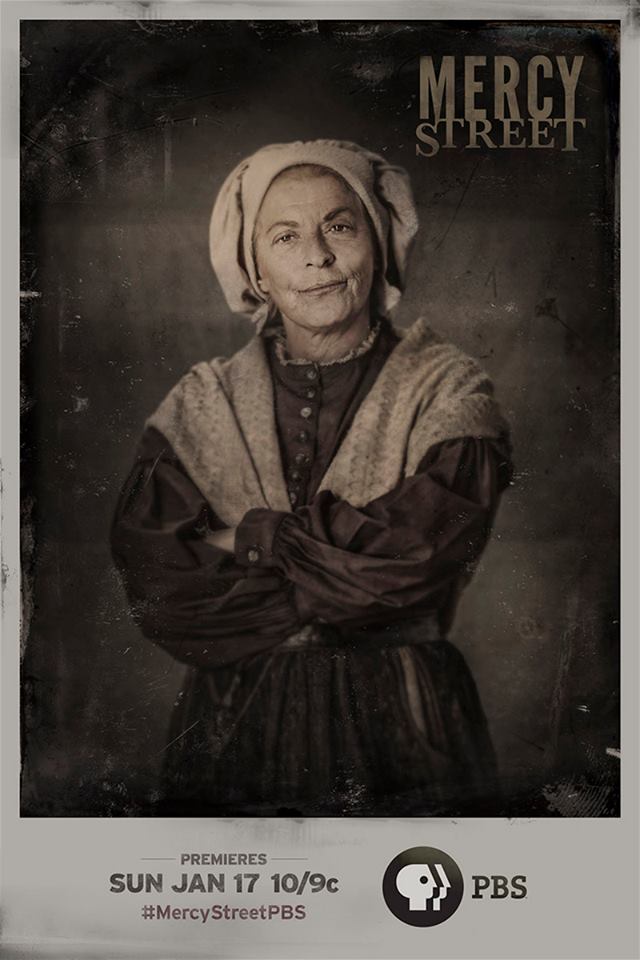 Hospital Matron Brannan, a formidable Irish head nurse who sees and knows all at Mansion House, is played by Suzanne Bertish.

Why you recognize her: Suzanne Bertish is a prolific actress known for her widely varied work on stage — with The Royal Shakespeare Company, the British National Theater and on Broadway — on film (“The Scarlet Pimpernel,” “Venice/Venice” and more) and on screen in PBS features including “The Life and Adventures of Nicholas Nickleby,” “Inspector Morse,” “Mr. Bean,” “Poirot” and “Rosemary and Thyme.” 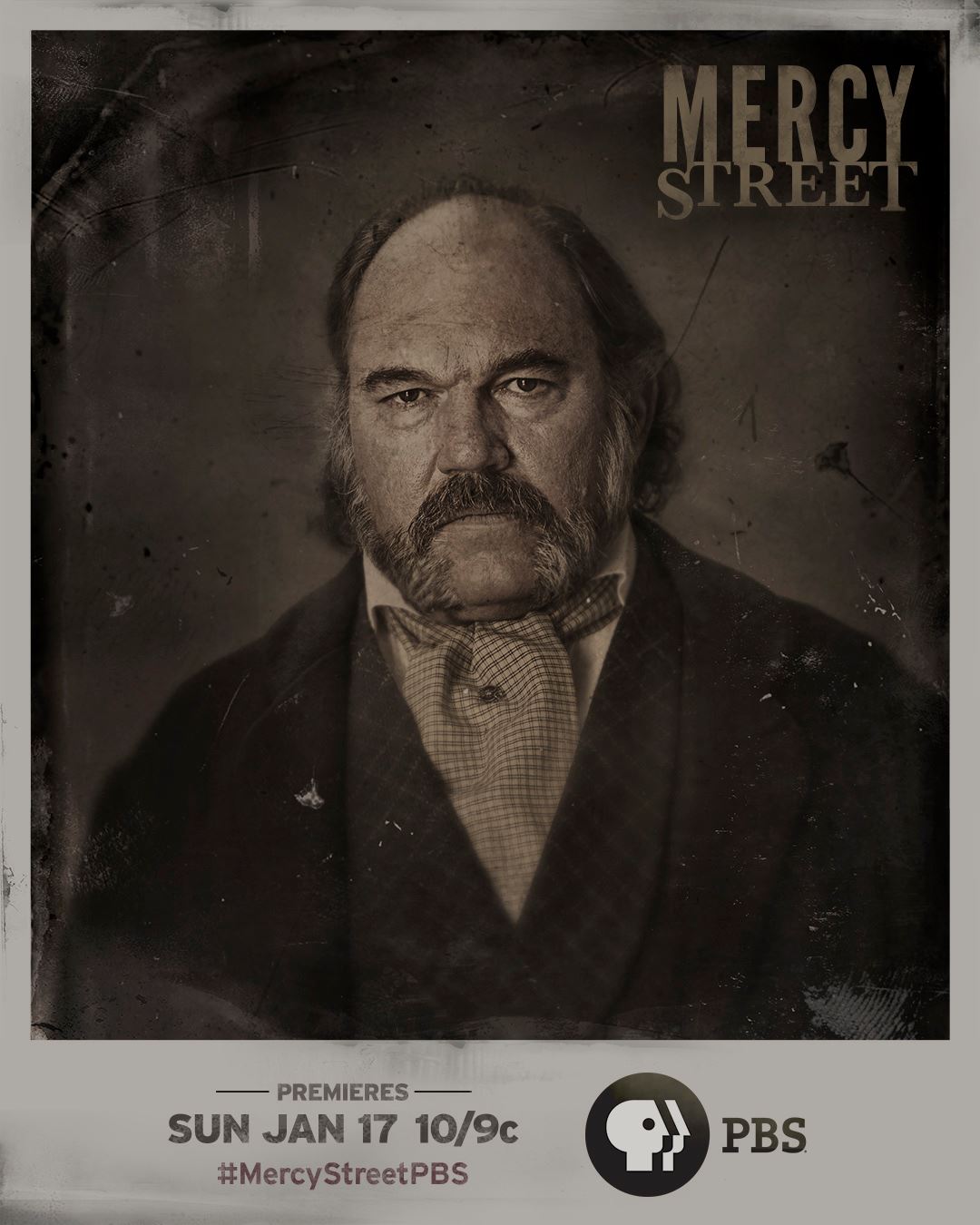 Why you recognize him: An accomplished stage and film actor, Wade Williams is known for his roles in “The Taming of the Shrew,” “Richard III,” “Les Miserables,” “Kiss of the Spiderwoman,” “Erin Brokovich,” “Ali,” “The Dark Knight Rises,” “Draft Day,” “The Bernie Mac Show” and “Prison Break.”