Arkansas boasts a rich heritage of time-honored craftsmanship! Explore it with Arkansas’s Living Treasures who excel in the visual arts fields of traditional craft. Makers of fiddles, baskets, chairs, knives, quilts, woodwork and more, their fascinating lives are as exquisite as their unique works. 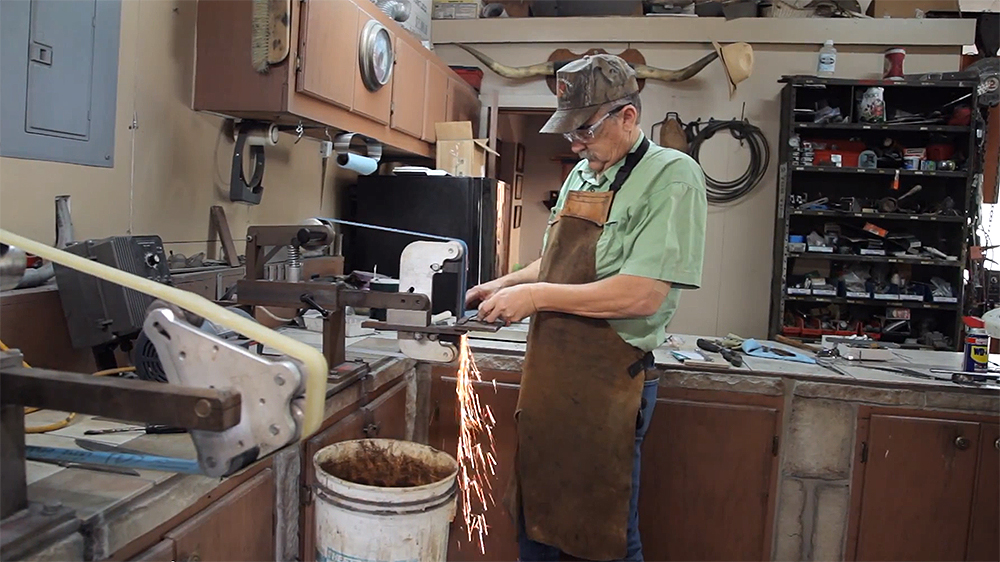 J.R. Cook of Nashville, Arkansas, has been making knives for nearly 30 years. His work includes standard lines with names like “Arkansas Razorback” and “Tuxedo Bowie,” as well as customized works. He received his Masters rating with the American Bladesmith Society in 1991 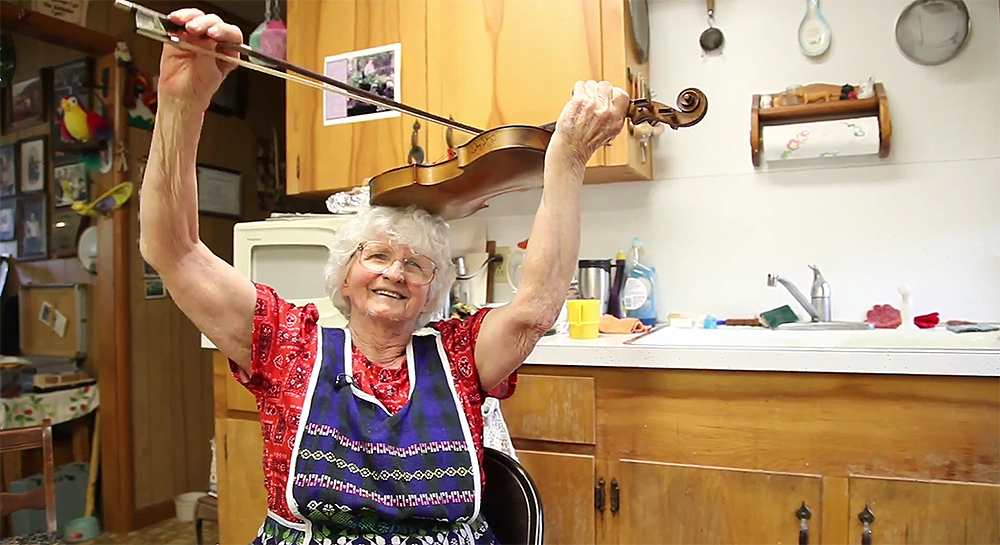 Violet Hensley, known as the “Whittling Fiddler,” “Stradivarius of the Ozarks” or more simply, the “Fiddle Maker,” has always been resourceful. Her mother died when she was 11, forcing her to learn the many skills needed for daily life on her family’s farm in Mt. Ida, Arkansas. At age 15 she told her father, who also made fiddles, that she wanted to make her own fiddle. Since then, Hensley, who lives in Yellville, has made 74 fiddles, many of which she played at Silver Dollar City, where she demonstrated for nearly four decades. 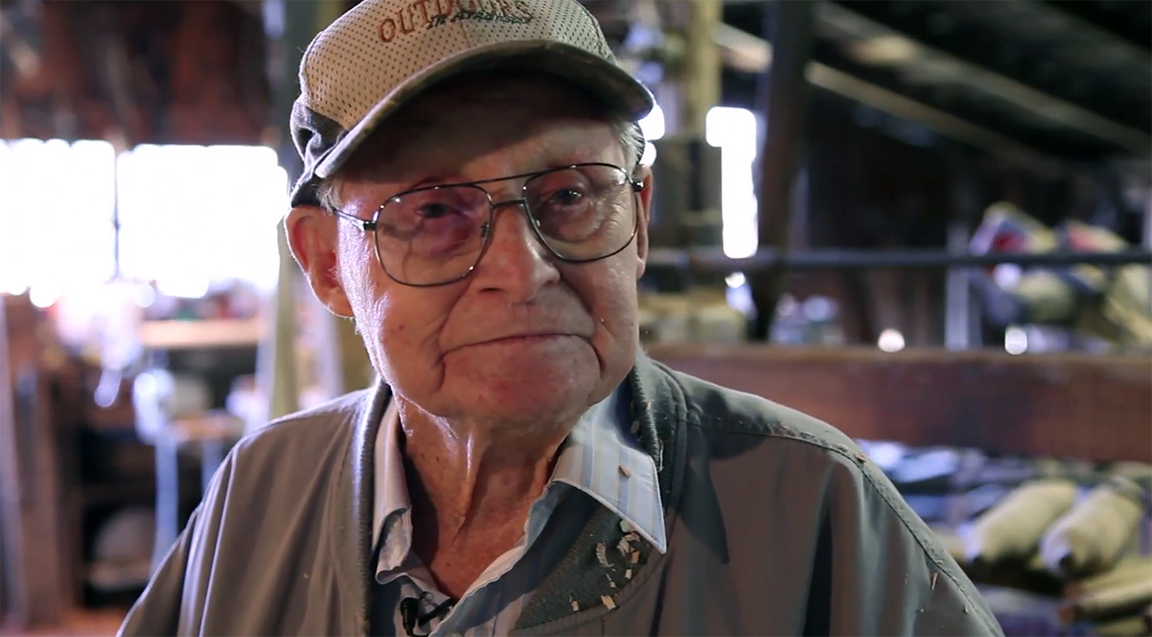 Dallas Bump, 94, makes chairs at his small woodshop in Bear, Arkansas, using the same techniques that were passed down from his French ancestors more than a century ago. The fourth generation in his family to make chairs, whose frames are made of red oak and seats are woven with white oak strips, Bump has taught his nephew Leon Sutton and his wife, Donna, to carry on the family business. 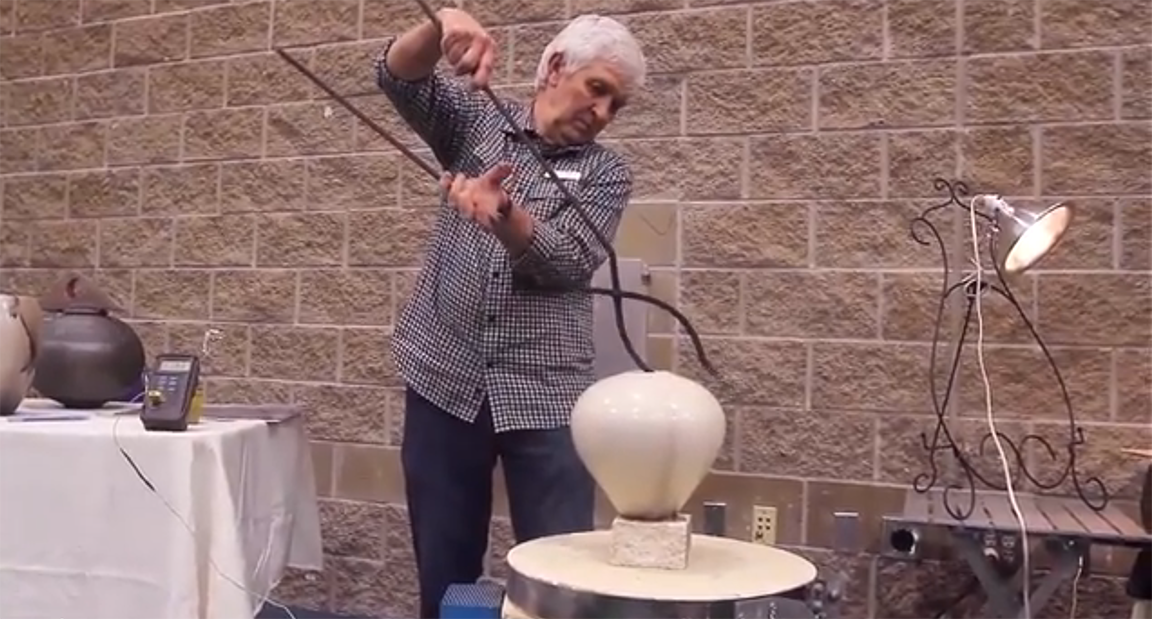 Winston Taylor works from his home ceramics studio in Russellville, Arkansas, and teaches at the Arkansas River Valley Arts Center, where he founded the center’s first pottery program. He discovered his love of working with clay in the early 1970s as a student at the University of Arkansas at Little Rock. Taylor, who owned a body shop for nine years, said his work is heavily influenced by his mechanical background. He often combines wheel-thrown forms with hand-built tops influenced by architectural, mechanical and geometric forms. Taylor uses a variety of techniques to create his forms, such as raku, saggar, pit firing and stone polishing. 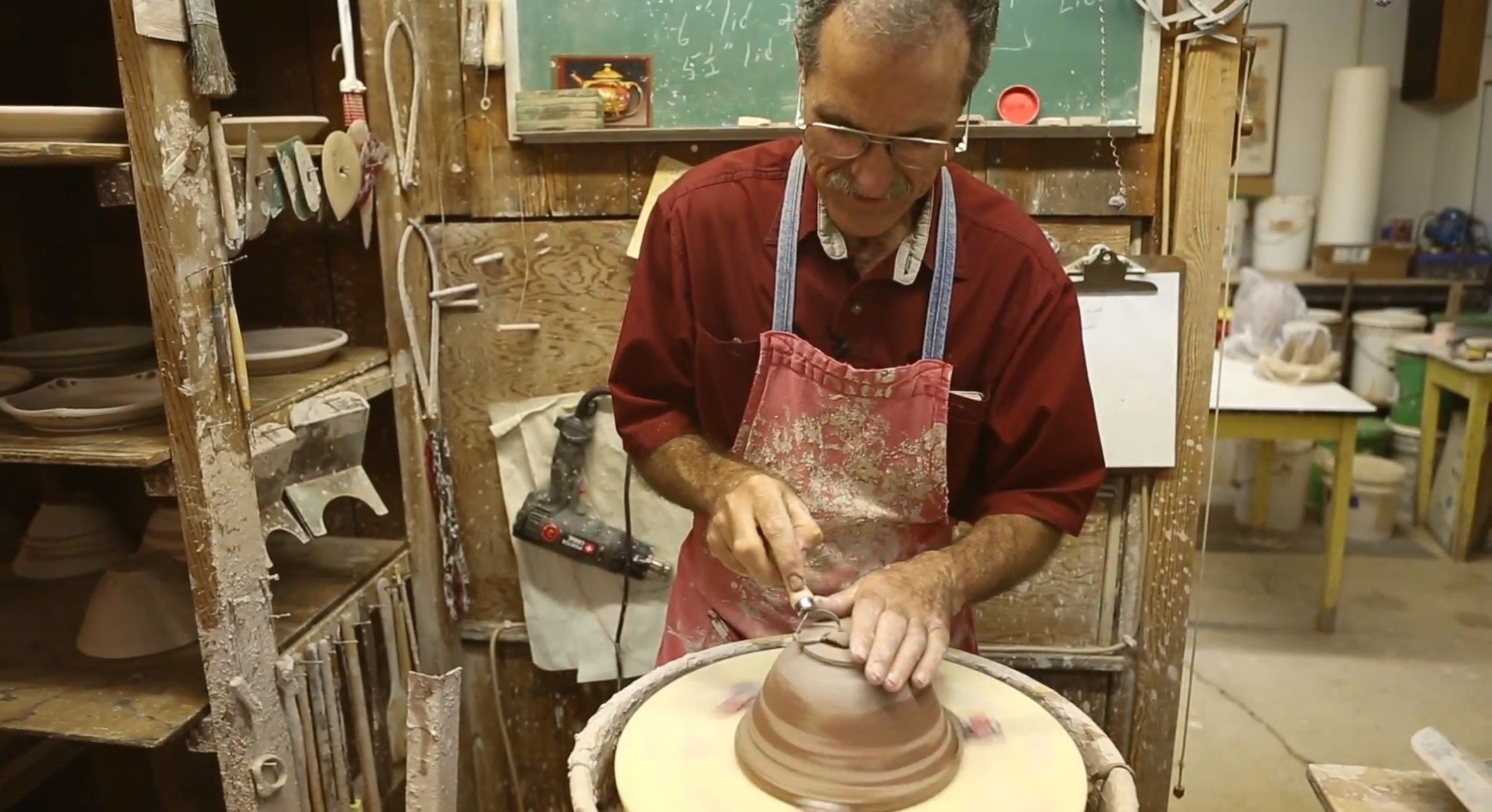 Jim Larkin built his pottery studio in 1973 in Hot Springs, Arkansas, with his wife, Barbara, who is also a potter. Larkin brings an especially scientific background to his craft, having taught high school chemistry, math and physics before becoming a full-time potter. He has built many of his own tools and several wood-fired and gas-fired kilns. Larkin has also devoted much of his time to teaching pottery classes in his community, including a course called “The Science of Pottery.” 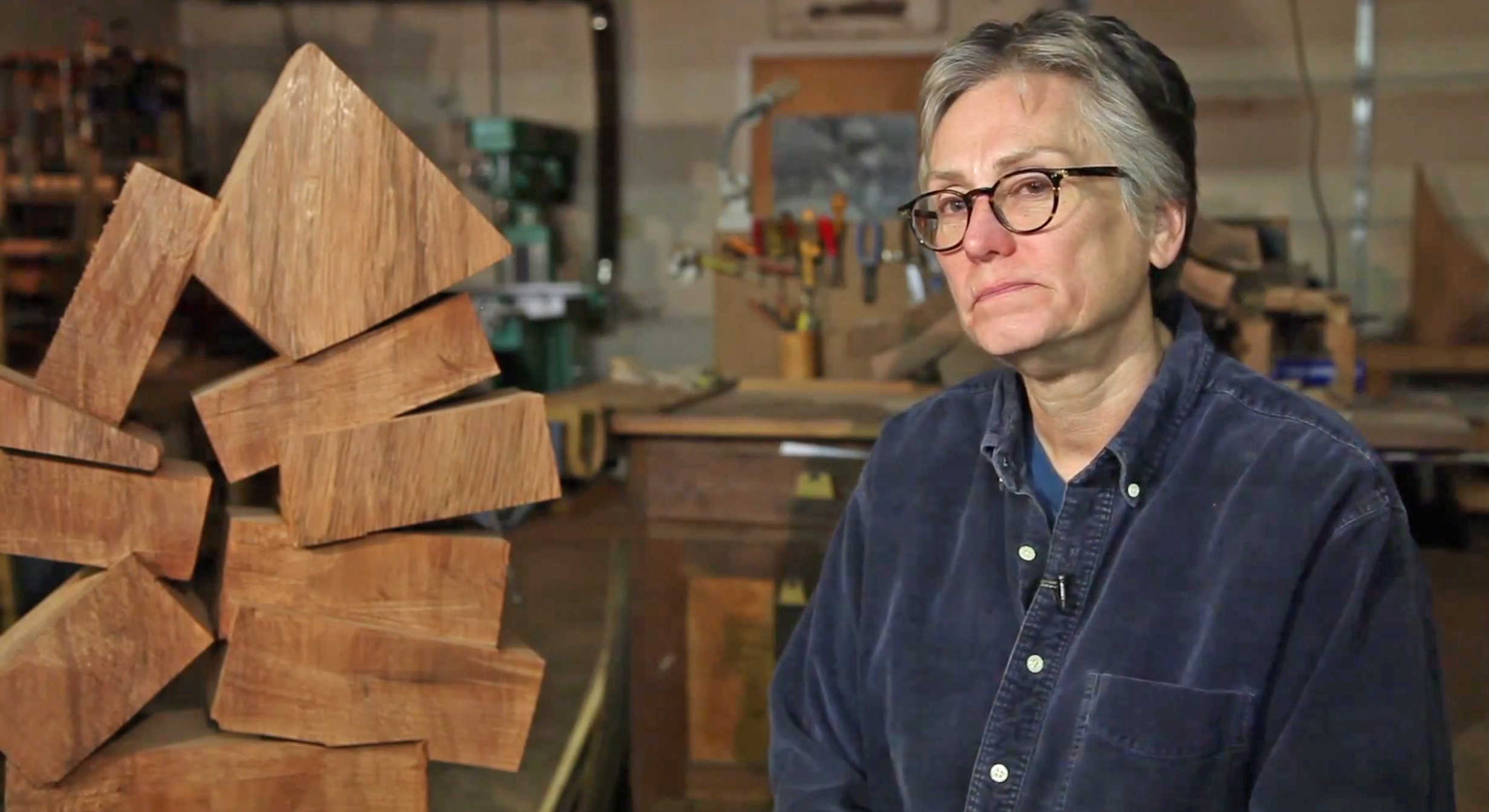 Robyn Horn is a native Arkansan whose sculptural works have drawn regional and national recognition. Among her works is her “Millstone” series, inspired by circular grinding stones used in early 19th century flour mills. In 2000, she won the Honorary Lifetime Achievement Award from the Collectors of Wood Art.

Larry Williams of Eureka Springs has contributed greatly to a revival of the 18th century trade of wood plane making, a cottage industry lost to mass production of the 19th century. He got his start in architectural woodworking as a restoration carpenter and cabinetmaker and began to experiment with making his own planes when he couldn’t find many usable antique tools. Today Williams and his business partner Don McConnell are among the few who make traditional wooden planes that cabinetmakers from hundreds of years ago would surely recognize.

Leon Niehues taught himself basket making as a way to support his family’s back-to-the-land lifestyle in rural Northwest Arkansas. His baskets are made from the young white oak trees that surround his home in the Ozarks. While using traditional splint techniques, he has added innovative ideas, new construction methods, and simple design elements that dramatically change his oak baskets into exciting contemporary pieces. 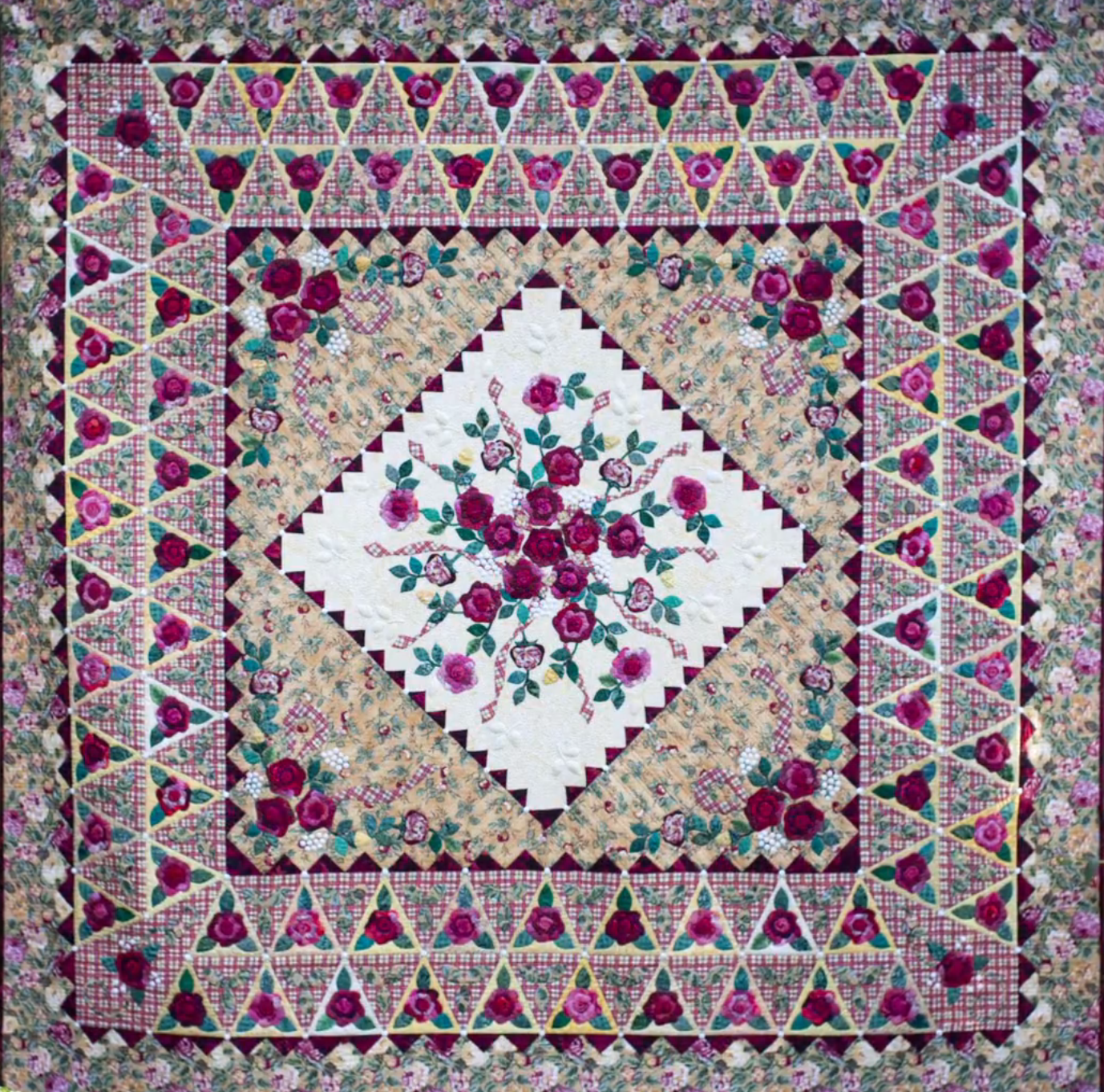 Irma Gail Hatcher is a former elementary school teacher turned master quilter. She has created numerous award-winning quilts, some of them taking her more than a year to complete, and has published countless books on the craft. She has amassed countless honors, including the status of Master Quilter by the National Quilting Association, making her the only Arkansan to earn this distinction. In 2002 she was selected as one of 30 quilters in the world to have three of her quilts in an exhibit held at the Tokyo International Great Quilt Festival titled “30 Distinguished Quilters of the World.”

“Wisdom of the Hands - Doug Stowe” by Gabe Gentry 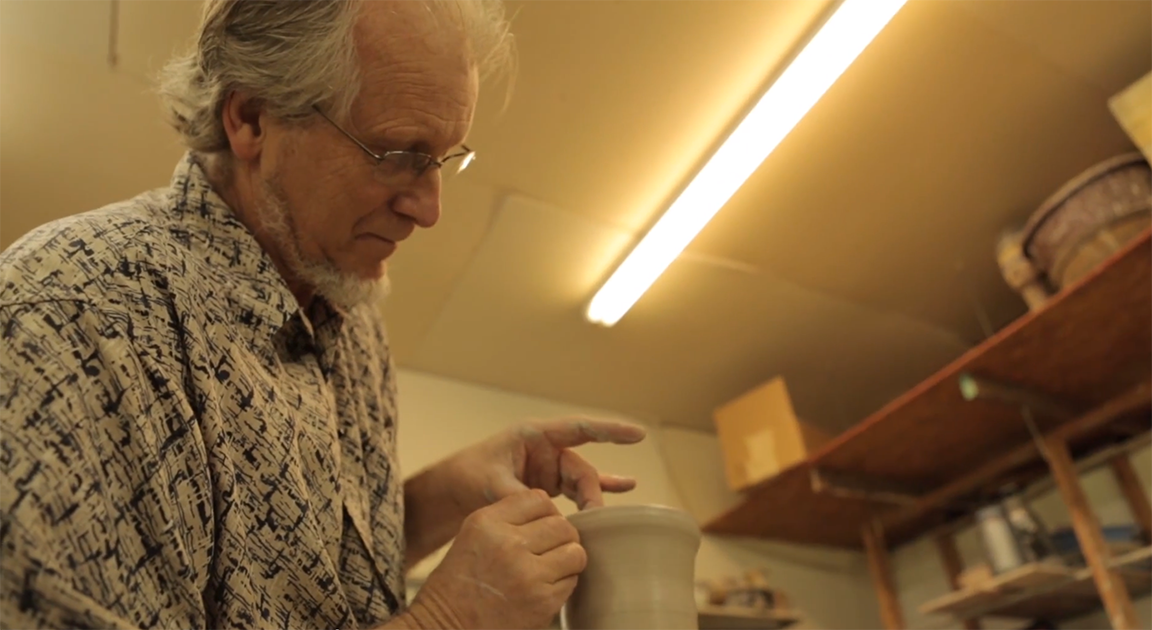 Doug Stowe uses all Arkansas wood in his shop in Eureka Springs, where he’s been making custom furniture and a line of decorative boxes for more than 30 years. Stowe also teaches woodworking to young students at Clear Spring School, where he created the Wisdom of the Hands Program after noticing a decline in participation in crafts among youth. He has published several books on woodworking and continues to write for a number of woodworking magazines.

Peter Lippincott never planned on being a potter. With degrees in zoology and secondary science, he taught school and worked in building construction for several years before he first sat down at the potter’s wheel at age 38. Today, Lippincott makes what he describes as “traditional stoneware…with a contemporary flare” at Mudpuppy Studios, which he built himself, in Fort Smith. He also teaches pottery to youth and adults at the Fort Smith Art Center and in local schools through the Arkansas Arts Council’s Arts in Education program.


AETN and LOUPE — an arts and culture collective designed to increase the visibility of the arts around the state — are proud to highlight the “Arkansas Made Living Treasures” film series. Produced by the Historic Arkansas Museum in collaboration with the Arkansas Arts Council, 11 of Arkansas's Living Treasures award recipients are profiled.

LOUPE is supported in part by a Cultural Regional Art grant from the Arkansas Arts Council, an agency of the Department of Arkansas Heritage. In addition to its function as an arts and culture collective, LOUPE introduces enthusiasts to the artists behind the creations. Learn more at aetn.org/loupe.