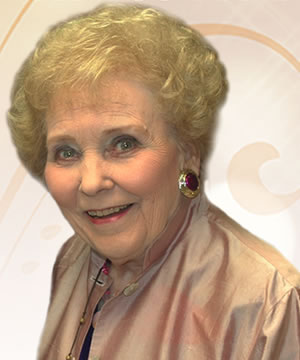 The Arkansas PBS remembers and honors Jane Krutz, longtime volunteer and public broadcasting advocate, for a life well-lived and her many extraordinary contributions to the network and so many other causes.

Jane Krutz volunteered for AETN for more than 47 years; was awarded the Community Service Governors Award for Volunteerism; was named the Best Speaker in Arkansas by the Arkansas Speakers Association; and was named PBS National Volunteer of the Year. Most Arkansans recognize Krutz as the face or voice of AETN from her numerous appearances during the network's membership drives. Since 1996 she has also served on the AETN Commission. The original studio at AETN - still in service - is named for her.

"Ms. Jane has been invaluable to AETN since the very beginning," AETN Executive Director Allen Weatherly said. "It is literally true that there might not have been an AETN without her.  In fact, she was advocating for a public television station for Arkansas years before we finally made it to the air in the mid 1960s. We have been so fortunate to have someone so involved and outspoken on behalf of AETN and public media as a whole. In 1995 she testified before Congress and took a powerful stance about the power of public television in America and in Arkansas. She was just a remarkable person."

If you would like to make a memorial in honor of Miss Jane's lifelong service to AETN, please click here.