When my son Kendrick died from heat stroke in 1995, there was very little information on heat illness prevention and few people were discussing how to prevent it. Over the years, I have found some great folks who are promoting heat illness prevention within their scope of influence. Some of them are featured on the AETN and ArkansasIDEAS original documentary "108˚: Critical Response" that will be released on July 21. These are our stories.

Patti James’ son Will had heat stroke in 2010. As an attorney, Patti understood the best way to create a layer of protection for athletes in Arkansas through the legal system. She worked with the right people to pass legislation in Arkansas to help protect athletes. Patti keeps working to help prevent heat illness where ever she can provide support and encouragement. She also serves on the Advisory Council for Kendrick Fincher Hydration for Life. 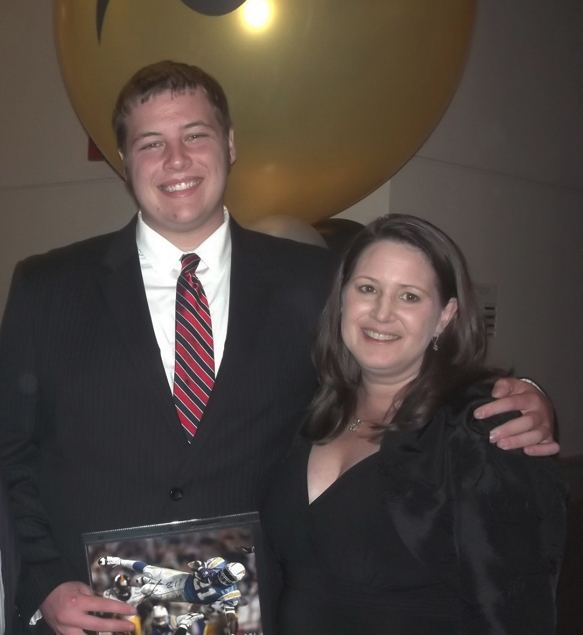 Will James is a survivor! He is also an articulate educator and has worked with Advocates for Injured Athletes on a heat illness prevention video as well as helping Kendrick Fincher Hydration for Life and pretty much anyone who asks him to tell his story and help prevent heat stroke. 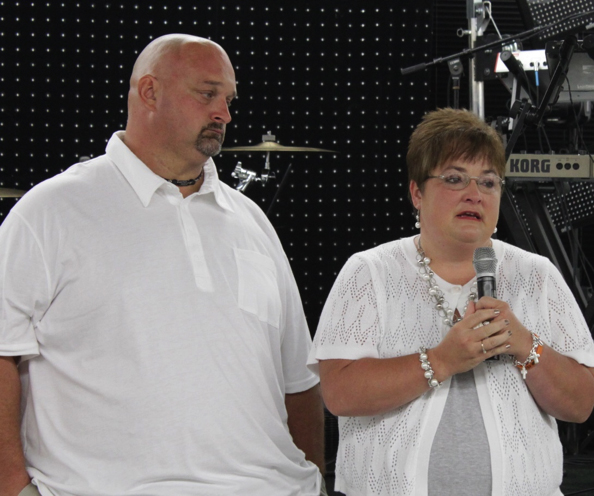 Mark and Tina Davenport are examples of courage and fortitude. I am so glad I met them, but wish I would have met them five years ago instead of three years ago. You see, if I had met them five years ago, I could have shared with them the story of losing Kendrick to heat stroke and maybe that would have saved the life of their son, Tyler, who died from heat stroke in 2010. Although they lived just two hours away from us, they had never heard about Kendrick or our mission to prevent heat illness. Now, they share Tyler’s story and help in any way they can to help prevent heat illness deaths.

Dr. Brendon McDermott moved to Arkansas just two years ago. I am excited to have such a wealth of knowledge about hydration and heat illness prevention right here in Northwest Arkansas. Dr. McDermott is Professor of Kinesiology in the Health, Human Performance and Recreation department and is an expert in heat illness research and prevention.

Dean Weber has been serving on the Kendrick Fincher Hydration for Life Board of Directors for almost two years. As a certified athletic trainer at the University of Arkansas for over forty years, he has a long history of saving lives.

Coach Perry Escalante at Heritage High School in Rogers makes hydration and heat illness prevention a priority and ensures the people and processes are in place to keep the athletes safe. My daughter served as a water girl for his team for three years.

When I went to a parade a few years ago to watch my daughter march, it was clear that the Elmwood Raiders marching band was doing something right. As they marched by, parents would walk through the lines and squirt water in the student’s mouth to keep them hydrated. When I watched other bands march by, they were dragging and red faced and their performance was weak. Doug Blevins was director of my daughter’s band then and is now at Heritage High School. He has always put the safety of his band members first and understands the importance of proper hydration for band members.

Dr. Joey Walters has been my contact at Arkansas Activities Association (AAA). Although it took us longer than we wanted to be able to work with AAA, Joey has been very supportive of implementing parent meetings in Arkansas for sports. It is critical that coaches receive education on heat illness prevention and emergency procedures, and parents and athletes also need to understand their role in heat illness prevention. Joey understands that and has allowed us the opportunity to work with AAA to that end in Arkansas; he also serves on Kendrick Fincher Hydration for Life’s Advisory Council.

I'd like to say thank you to Amy Waller and Carlos Rodriguez with AETN and ArkansasIDEAS for bringing together these folks and more together to help educate the public on the dangers of heat stroke. Without the hard work of Amy, Carlos and the AETN staff, this production wouldn't have been possible.

I am excited about the release of "108˚: Critical Response," so that all of these folks can share their story and important information. I love to talk about Kendrick and what we are doing to prevent heat illness through Kendrick Fincher Hydration for Life. However, I don’t like to talk about the sad stuff. And, you will hear some sad stuff in this film. Kendrick’s death was sad. Tyler’s death was sad. However, heat illness is 100 percent preventable and "108˚: Critical Response" will help educate others. I was honored to be a part of this project and helping save lives.

Rhonda Fincher is the executive director of Kendrick Fincher Hydration for Life, a nonprofit with a mission to promote proper hydration and prevent heat illness. Rhonda has three other children: Keegan (married to Greg Ball), Rylee and Brennan. She shares more about the story of losing Kendrick to heat stroke in the book "Good Night, Kendrick, I Love You," available on Amazon.