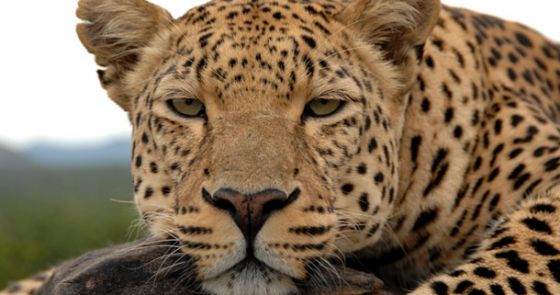 This Exploration Wednesday, tune in for a night of mystery! "Nature" kicks off with "Revealing the Leopard" at 7 p.m. "NOVA" explores "The Secrets of Stonehenge," at 8 p.m. Then, "Secrets of the Dead: China's Terracotta Warriors," wraps up the evening at 9 p.m.

Feline, intelligent and dangerous, leopards are the ultimate cat. And, until recently, they have also been one of the least understood. "Nature" uncovers this big cat's amazing lifestyle - from South Africa to Siberia and Arabia to Sri Lanka - as the world's most widespread land predator of their size. Beautiful killers that liven the shadows, these cunning cats' psychological profiles and premeditated strategies are beautifully explained in "Revealing the Leopard."
Every year, millions of visitors are drawn to the Salisbury Plain in souther England to gaze at a mysterious circle of stones. On of the best-known and most mysterious relics of prehistory, Stonehenge was revealed  to date back to late Stone Age in the early 20th century. And - until recently - it's meaning was anyone's guess. Now, investigations have kicked off a dramatic new era of discovery and debate. Learn how the story is being rewritten with "NOVA: Secrets of Stonehenge."
In this episode of "Secrets of the Dead," uncover the extraordinary story of China's 8,000 terra-cotta warriors and their origins, beginning two centures before the birth of Christ. Preparing for his journey into the afterlife, the First Emperor of China decreed that he be protected forever by a monumental army. But how was this enormous company of terra-cotta warriors made in less than two years with period technology? Archaeoogist Agnes Hsu explores in "China's Terracotta Warriors."
TUNE IN:
AETN Exploration Wednesday
Wednesday, Dec. 12, 2012
"Nature: Revealing the Leopard," 7 p.m.
"NOVA: Secrets of Stonehenge," 8 p.m.
"Secrets of the Dead: China's Terracotta Warriors," 9 p.m.