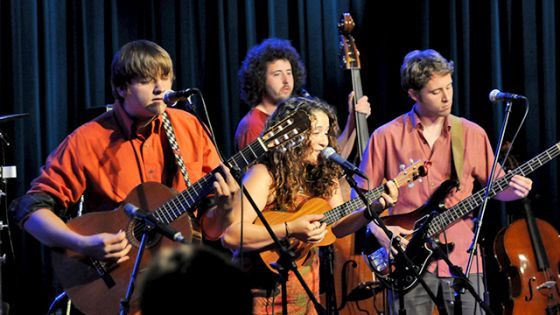 It's another great season of "AETN Presents" this November! If you enjoy local music or "Rick Steves' Europe," you'll be sure to find an episode you love. Read on for details!

The new season concludes with AETN Presents: On the Same Page With Rick Steves Friday, Nov. 30, at 6:30 p.m. Travel author and multimedia personality Rick Steves discusses his career with interviewer Lisa Fischer. They primarily focus on his recent book Mediterranean Cruise Ports and the experiences surrounding its creation. Steves' presence is known across many mediums  he is the host of the PBS television series Rick Steves' Europe, as well as public radio talk show Travel with Rick Steves, podcast creator, blogger, tour guide and author of numerous travel guides.