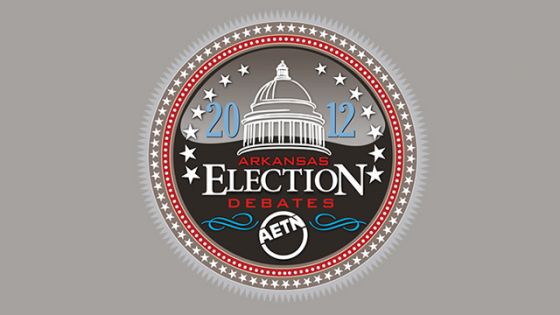 Each election season, AETN and PBS are dedicated to bringing you trusted, fair political coverage for local and national races  and this year we promise to do the same.

In August and September, we brought you PBS NewsHour gavel-to-gavel national convention coverage. In October, we have the full slate of presidential, vice presidential and Arkansass only statewide congressional debates, as well as ballot initiatives and insightful news analysis.

On Oct. 9, and repeating on Oct. 26, FRONTLINE presents The Choice 2012, the award-winning quadrennial special that presents a multifaceted examination of the two primary candidates for president as you prepare to cast your votes.

AETN and PBS are committed to civic participation and hope our involvement will assist you and your family with your choices. Indeed, PBS was the only broadcaster who carried gavel-to-gavel coverage of the party conventions (along with cable station C-Span) not because we expected huge ratings, but rather because it was the right thing to do.

AETN is careful  and has always been  to try to provide useful information for you to digest and to think about. The great poet Robert Frost said, Thinking isn't agreeing or disagreeing. That's voting. It is our hope that we all think about our responsibilities as citizens and make our voices heard in the collective act of entering the voting booth. As the old saying goes, In the voting booth, everyone is equal.

Personally, I would never be so presumptuous as to suggest who or what you vote for. That is not, I believe, our role in public service media. My sincere desire and responsibility is to work with decision makers from all sides of the spectrum because that is what democracy requires to be successful.

But, we do have a role in encouraging civic participation and civil dialogue, and we will continue to do all we try to fulfill that responsibility the best we can with limited resources and an unlimited desire to be of service not to any party or particular politician, but to you  the voter, the citizen.

Ultimately, it still comes down to you and me personally to take responsibility to help direct our democracy. As FDR wrote Nobody will ever deprive the American people of the right to vote except the American people themselves and the only way they could do this is by not voting.