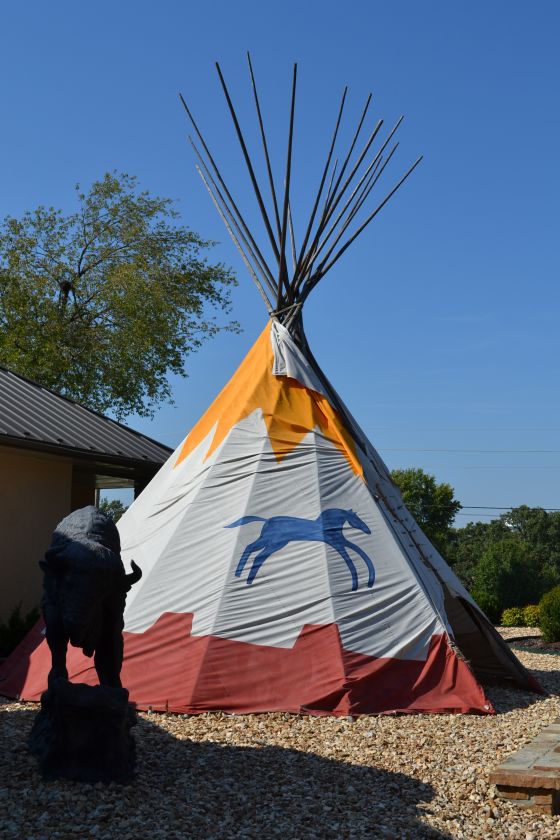 It seems Bentonville is another one of those must visit towns this holiday season. Not only does it boast of having one of the premier art museums in the nation  Crystal Bridges Museum of American Art  but it also boasts the Museum of Native American History. Both will simply astound you as far as what they have to offer, not only in displays but also in unique gifts.

Now, Crystal Bridges, we have already featured in a previous Exploring Arkansas episode. But the Museum of Native American History is coming up during a brand new episode of EA Monday, Dec. 3 at 6:30 p.m. The contents of this museum  according to those whove been there  rivals that of the collection at the Smithsonian.  Yes  it is THAT extensive! Artifacts dating back to more than 14,000 years ago, covering five different time periods  including the Aztecs, Incas and Myans. The headdress collection alone is worth the visit.

Another segment to look forward to in the episode is an investigation into the the White River Monster  these off-and-on alleged sightings of whatever the creature is, date back to the early 1900s. A fisherman who encountered the monster even managed to take a snapshot of it in the early 1970s.

The town of Gilbert and the Gilbert General Store are also featured in this premiere episode. Gilbert, located along the banks of the Buffalo National River is nicknamed the Coolest Town In Arkansas for a couple of reasonsit is the coldest place on an average in The Natural State, and the other reason is that it is just plain cool. For those of you whove been in the Gilbert General Store already know how cool it is, since little has changed when it was built in 1901.