Join us for a brand new episode of “Exploring Arkansas” on Monday, May 5, at 6:30 p.m. as we take you to Mulberry Valley Falls, the daffodils at Wye Mountain, fly-fishing for trout on the Little Red River and to something called the Natural Bridge of Arkansas.

In a remote area of the Ozark National Forest somewhere between Cass and Oark, along the Mulberry River and Mulberry Valley, is Mulberry Valley Falls – which our fellow waterfall explorer Brian Emfinger discovered last year and named. Appreciating its beauty is easy … getting to it is a whole nother story! It’s a combination of driving for miles on a dirt road, then taking a 4-wheeler excursion through a field and, finally, bushwhacking up a drainage in the wilderness. The effort is all worth it though, because Mulberry Valley Falls is a spectacular three-tier waterfall. 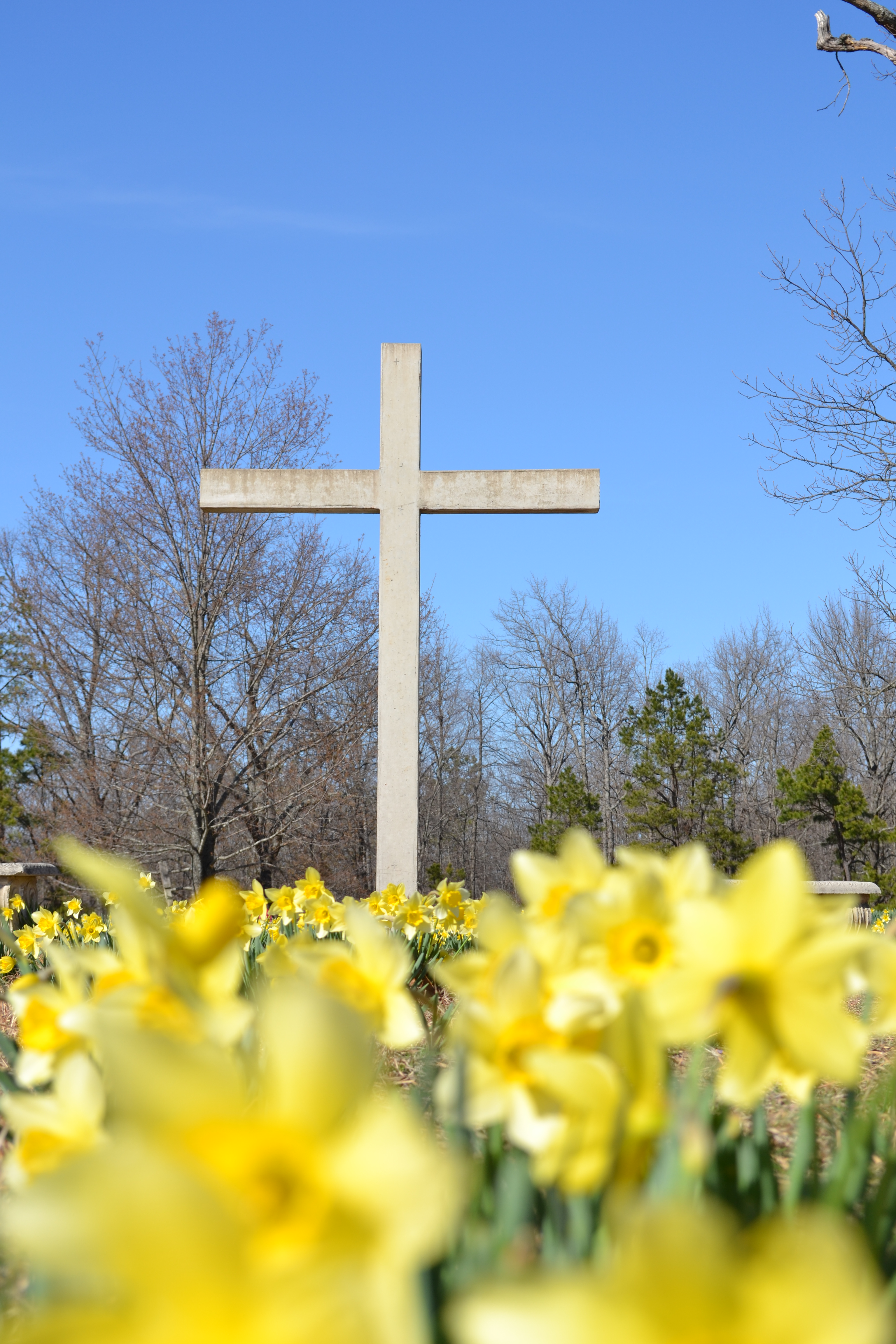 The daffodils at Wye Mountain west of Little Rock have been attracting folks from all over to partake in this rite of Spring. Ever since the bulbs were planted during the 1940s, third and fourth generations now make their pilgrimage to enjoy seven acres of more than thirty varieties of daffodils.

Fly fishing for rainbow trout on the Little Red River in Heber Springs is therapy for the soul, as many anglers will attest. The Little Red has been a world class trout stream ever since Rip Collins landed a world record 40-plus pound brown trout in the early 1990s. 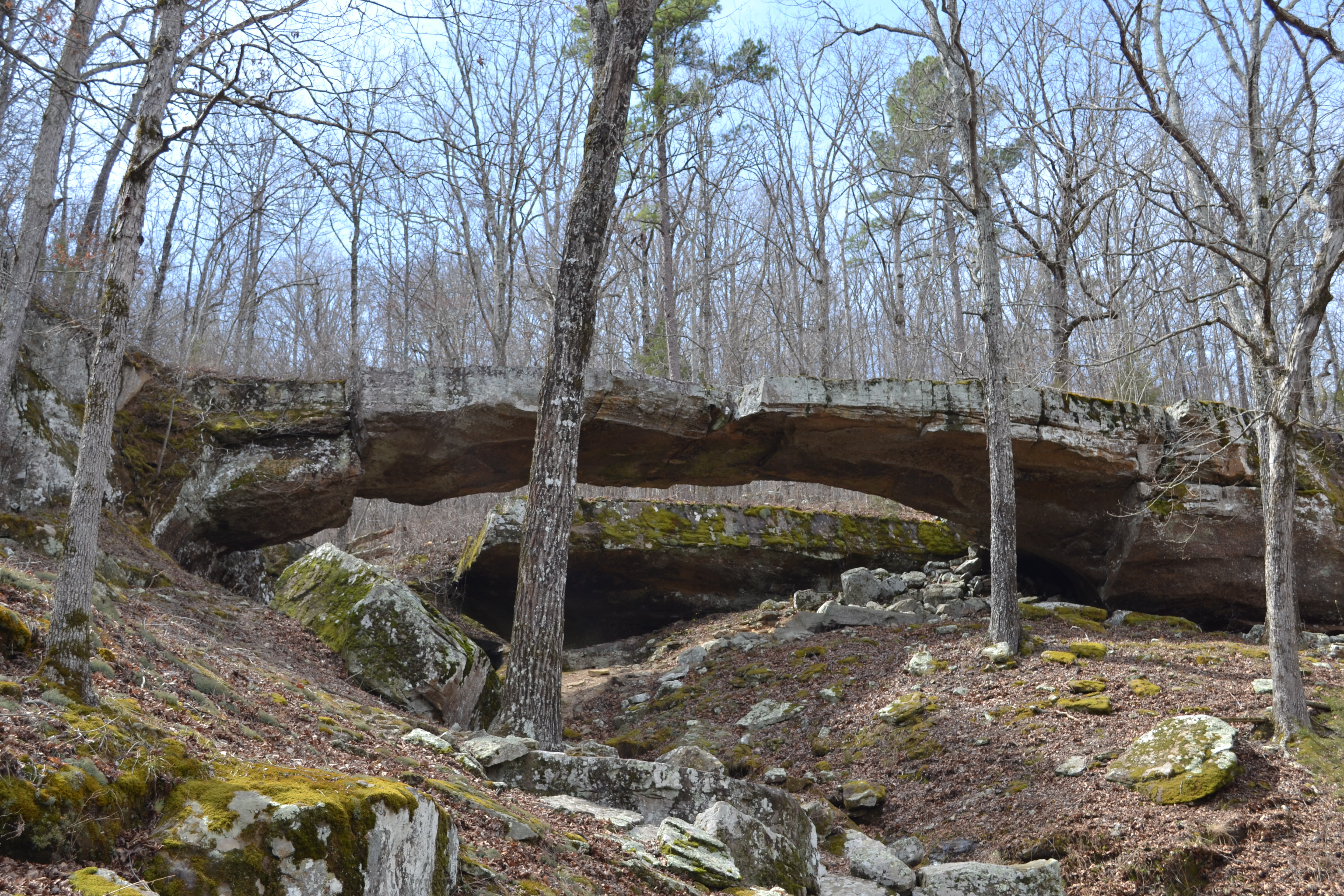 In our closing segment, we’ll take you exploring a rock arch wonder north of Clinton. The Natural Bridge of Arkansas spans 105 feet in length, is thirty feet high and believed to be more than three million years old!