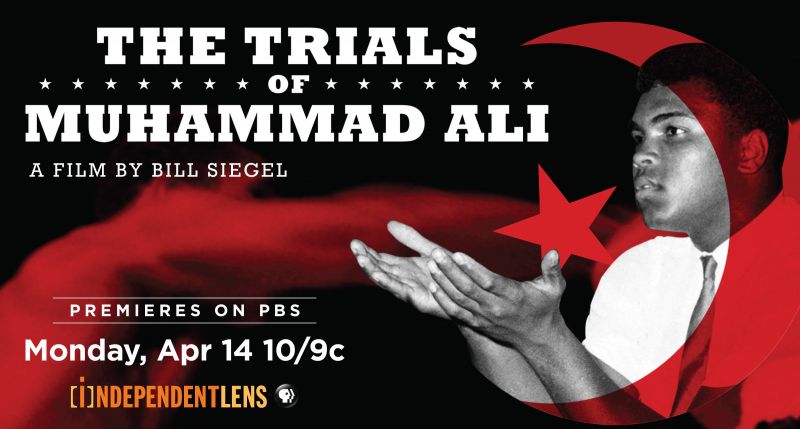 This film, which was rescheduled from Feb. 4 and March 4 due to weather concerns, will now screen on Tuesday, March 18, at 6:30 p.m.

You know Muhammad Ali the boxer, but are you familiar his toughest bout?

A moment many of us may be familiar with, in 1964, the then 22-year-old Olympic gold medalist won his first heavyweight championship and shouted, "I shook up the world!" But his earthshaking had only just begun.

Join the Central Arkansas Community Cinema series on Tuesday, March 18, at 6:30 p.m. in William F. Laman Library Room 126 to learn how one of the most celebrated sports champions of the 20th center risked fame and fortune to follow his faith and conscience. In “The Trials of Muhammad Ali,” we'll explore the extraordinary and complex life of the legendary athlete outside the boxing ring.

From joining the controversial Nation of Islam and changing his name from Cassius Clay to Muhammad Ali, to his refusal to serve in the Vietnam War in the name of protesting racial inequality, to his global humanitarian work, Ali remains an inspiring and controversial figure. Outspoken and passionate in his beliefs, Muhammad Ali repeatedly found himself in the crosshairs of conflicts concerning race, religion and wartime dissent. In "The Trials of Muhammad Ali," Academy Award-nominated Bill Siegel examines some of the most noteworthy, provocative and resonant aspects of the legendary boxer's lifelong journey of spiritual transformation.

"The Trials of Muhammad Ali" focuses chiefly on Ali's announcement that he had become a Muslim and member of the Nation of Islam and his resulting refusal to fight in the Vietnam War to reveal a man who, in many ways, became hidden by his career's shadow. Featuring archival scenes which highlight the forces that supported and opposed him, including his spiritual mentors - Malcolm X and Elijah Muhammad - and critics of his stance - such as Jackie Robinson and Joe Lewis, "Trials" brings light to the well-known and virtually unknown players in Ali's life. Most interviewees have never before been featured in any Ali film, yet are central to his life story and global impact. Interviews shot exclusively for the film include those with Ali's brother, Rahman; his first wife, Khalilah Camacho-Ali; New York Times writer Robert Lipsyte; and Nation of Islam leader Louis Farrakhan.

Following the screening, Dr. Michael R. Twyman, director of the UALR Institute on Race and Ethnicity, and Ojima Robinson, Little Rock native and practicing Muslim, will lead a Community Conversation to discuss the film and learn more about its relevance to the central Arkansas community.

"The Trials of Muhammad Ali"