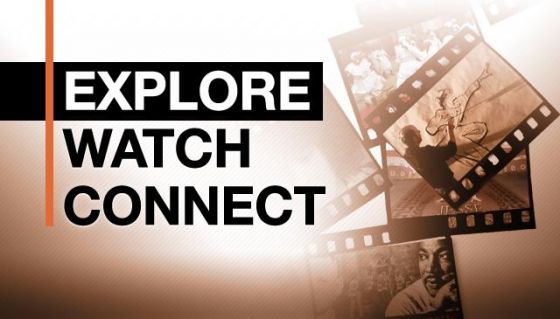 This month  and as part of our year-round commitment to diverse programming  were proud to recognize the contributions African-Americans have made to our nation! In special AETN programming and on PBSs new black culture website, well be exploring the role African-Americans have played in music, the military and civil rights. Join us for an in-depth looks at key figures and events that have shaped American history throughout February.

As part of a special on-air lineup, well be airing a wide variety of programs, from a new episode of Minority Matters that discusses interracial relationships to documentaries, educational kids' programming and music specials.

Mark your calendar to be sure you dont miss:

•    Hoxie: The First Stand tells the story of a small school district in northeast Arkansas where integration had gone smoothly  until Life Magazine ran a large story about the situation. Shortly afterward, the town became the site of the first battle between proponents of integration and the growing Southern resistance. Sunday, Feb. 10, at 4:30 p.m.
•    Ripple of Hope follows how, a After Martin Luther King Jr., was assassinated, Robert F. Kennedy risked his life to address a grief-stricken crowd in Indianapoliss inner city and delivered one of the 20th centurys greatest political speeches. Monday, Feb. 11, at 9 p.m.
•    Colonial Williamsburg Field Trip: The Slave Trade provides an interactive lesson that invites students to meet the people involved in or influenced by the U.S. law of 1807 that abolished the transatlantic slave trade.  Thursday, Feb. 14, at 9 a.m. and noon.
•    For Love of Liberty: The Story of Americas Black Patriots explores the largely untold history of black participation in Americas armed forces, from the earliest days of the Revolutionary War to the conflict in Afghanistan. Sunday, Feb. 17, at 2 p.m.
•    The Powerbroker: Whitney Youngs Fight for Civil Rights, details how, unique among black leaders, Whiney M. Young Jr. took the fight for equal rights directly to the powerful white elite. This documentary examines the journey of one of the most celebrated leaders of the civil rights era. Monday, Feb. 18, at 9 p.m.
•    American Masters: Sister Rosetta Tharpe: The Godmother of Rock & Roll highlights Sister Rosetta Tharpes work to introduce the spiritual passion of gospel music into the secular world of popular rock n roll from the 1940s-1960s. Friday, Feb. 22, at 9 p.m.
•    Slavery by Another Name challenges one of Americas most cherished assumptions: the belief that slavery in this country ended with Lincolns Emancipation Proclamation of 1863. The documentary details how new forms of involuntary servitude took its place with shocking force. Sunday, Feb. 24, at 1:30 p.m.
•    Underground Railroad: The William Still Story explains how William Still  a black abolitionist and one of the most important, yet unheralded, individuals of the Underground Railroad  placed everything at stake to help fugitives follow the North Star to Canada. Sunday, Feb. 24, at 3 p.m.
•    Minority Matters, AETN's monthly series, asks whether race matters in love in a special February episode exploring interracial relationships and their history. With Arkansas guests who have either been involved in interracial relationships or have formed strong opinions about the subject, host Sylvester Smith discusses how these relationships affect the dynamics of race relations and whether societys view of the topic is changing. Sunday, Feb. 24, at 4:30 p.m.

In addition to special programming, were also excited to introduce the PBS Black Culture Connection, a digital storybook of black films, history, trends and discussion. With more than 100 digital resources about black history and culture, its a fascinating collection of biographies, profiles, web production and more.

One feature we especially love? The thematic film collections. Perhaps you want to know more about Civil Rights Icons, a particular period in African-American history, or maybe Jazz or Hip-Hop? Theres no need to spend hours searching the film collection  just click on the category youre interested in, and Black Culture Connection will grab the listing for you. And, for the truly indecisive among us, you can even take a quick quiz to find the best film for your mood right now!