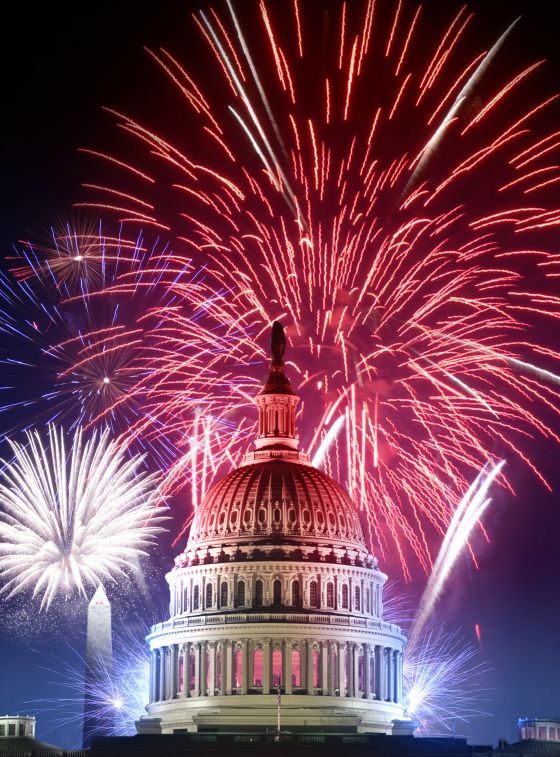 If your usual fireworks mania is being dampened by Arkansass hot, dry weather, we have good news! This Fourth of July, you can enjoy the nations biggest Independence Day celebration at home (in the air conditioning). A Capitol Fourth fireworks show and star-studded concert provides a gala salute to our countrys 236th birthday Wednesday, July 4, at 7 p.m.

The celebration of Americas birthday with A Capitol Fourth is one of our countrys favorite Independence Day traditions. This year, Tom Bergeron takes the helm as the new host of the star-spangled affair, which features an inspiring Olympic tribute to Team USA with Olympic medalist Apolo Anton Ohno and John Williams conducting his Olympic Fanfare. Other performances featured in the concert include numbers by Phillip Phillips; Matthew Broderick and Kelli OHara, Megan Hilty; Javier Colon; Josh Turner; Kool & the Gang; Russell Watson; Amber Riley; and the National Symphony Orchestra under conductor Jack Everly, topped off by one of the greatest displays of fireworks found anywhere in the nation.
Needless to say, theres a lot to watch.

If youre like us, though, the biggest treat is seeing the pyrotechnic grandeur in the capitol city itself. A Capitol Fourth airs live from the West Lawn of the U.S. Capitol before a concert audience of hundreds of thousands, millions more at home, on National Public Radio and to our troops around the world on the American Forces Network.

With extended coverage of the fireworks display, A Capitol Fourth gives you the best seat in the house. Views of the fireworks will be captured from every vantage point, thanks to 20 TV cameras stationed all around Washington D.C., including video from the U.S. Capitol, the White House, the Washington Monument and across the Potomac River.

Another reason to watch? The final, coordinated number. Capping off the entire stunning display is an exciting rendition of Tchaikovskys 1812 Overture, accompanied by live cannon fire provided by The U.S. Army Presidential Salute Battery. A number of other elite military bands will be featured throughout the concert, including The Choral Arts Society of Washington, along with The U.S. Army Herald Trumpets, The U.S. Army Ceremonial Band, the Quantico Marine Corps Band, Members of the Armed Forces carrying the State and Territorial Flags and the Armed Forces Color Guard provided by the Military District of Washington, D.C.
All in all, its a show not to be missed  from the luxuriously cooled comfort of your home!
TUNE IN:
Wednesday, July 4, 2012
A Capitol Fourth, 7 p.m.