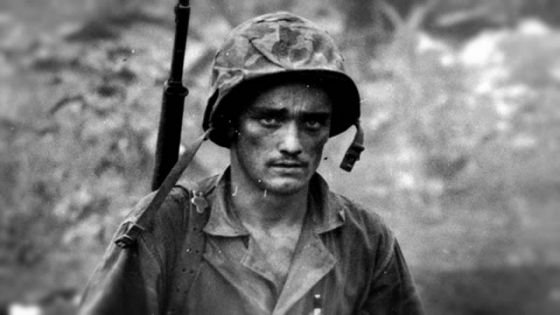 "The War," a seven-part documentary series directed and produced by Ken Burns and Lynn Novick, explores the history and horror of the Second World War from an American perspective by following the fortunes of so-called ordinary men and women who become caught up in one of the greatest cataclysms in human history.

Six years in the making, this epic 15-hour film focuses on the stories of citizens from four geographically distributed American towns: Waterbury, Conn.; Mobile, Ala.; Sacramento, Calif.; and the tiny farming town of Luverne, Minn. These four communities stand in for  and could represent  any town in the United States that went through the war's four devastating years. Individuals from each community take the viewer through their own personal and quite often harrowing journeys into war, painting vivid portraits of how the war dramatically altered their lives and those of their neighbors, as well as the country they helped to save for generations to come.

By focusing on the personal stories of ordinary Americans who had extraordinary experiences, the film tries to bring one of the biggest events in the history of the world down to a very intimate scale. In the end, it becomes obvious that there are no "ordinary lives."

"The War" will air in seven parts at 8 each night:

Following "Pride of Our Nation" on Sunday, Aug. 5, at 10:30 p.m. will be "Their Journey: A Veterans' Tribute Tour," a production of "In Their Words: AETN's World War II Oral Histories Project." In 2007, AETN arranged for 47 World War II veterans from across Arkansas to travel to Washington, D.C., to visit the National World War II Memorial in a four-day "Tribute Tour."

"Their Journey," a 90-minute documentary, follows these veterans through the nation's capitol as they visit the United States Holocaust Memorial Museum and Arlington National Cemetery, receive a special Evensong service and blessing at Washington's National Cathedral, and experience the memorial built in their honor at sunset.