There is an obvious thrill with athletics. We crave the competition. We welcome the chance to test our limits. The pull is even stronger when we’re young. When you’re a young athlete, you want to challenge yourself and help those standing with you. It’s a noble pursuit to battle with your teammates.

The problem is that many young athletes lack an identity outside of their sports. It becomes difficult to ask them to keep their own well-being in mind. They’re focused on the here and now. So what if you have headaches after practice, right?
Some players have told me plainly that they don’t talk about their concussion symptoms unless they have a problem functioning. A “problem functioning” could mean debilitating migraines, or numbness in both arms, for instance. Many will ignore the smaller symptoms until the problem becomes so severe they have no choice but to sit out. While it’s true we don’t know all of the long-term effects of concussions, the evidence doesn’t look promising for those who ignore their brain injuries. 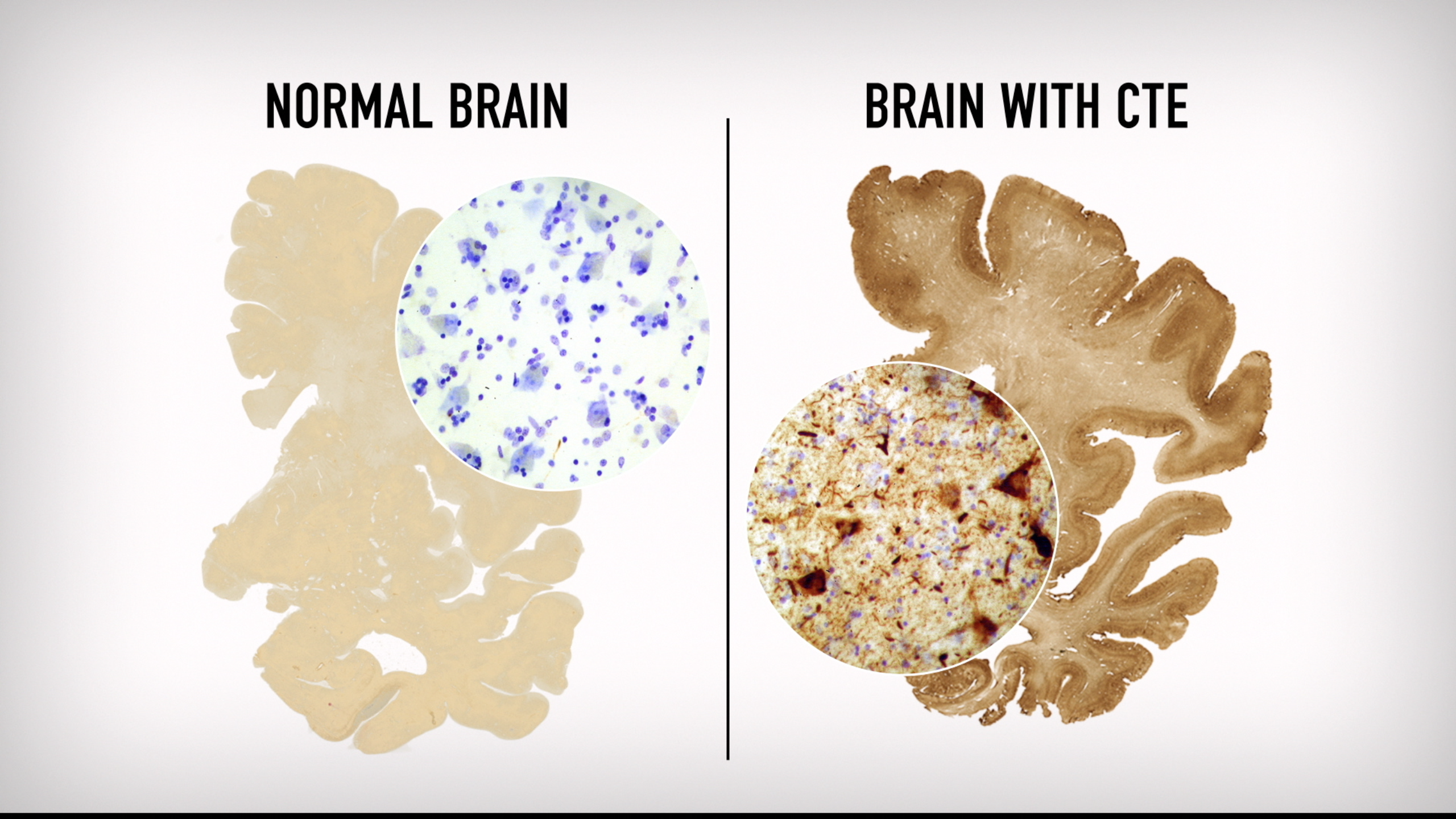 While the long-term effects of concussions can damage your memory and mood over time, others are more sudden and life threatening. Catastrophic events like a brain bleed or second impact syndrome also typically occur when an athlete continues to play through a brain injury. One tragic example of an athlete who suffered from this type of injury is Star City football player Zack Towers. In early November of 2012, Zack made a routine tackle during a game and then collapsed on the field. He suffered a large subdural hematoma, or brain bleed, which left him in a coma for many months and eventually led to his death.

In our interview with Zack’s mother, Christy Rasico, she confirmed that he was diagnosed with a concussion less than two weeks before the accident that led to his coma. After his diagnosis, Zack sat out one game but wanted to play the following one – the last game of his senior season. He seemingly felt better but, the day before the game, Zack’s symptoms returned. 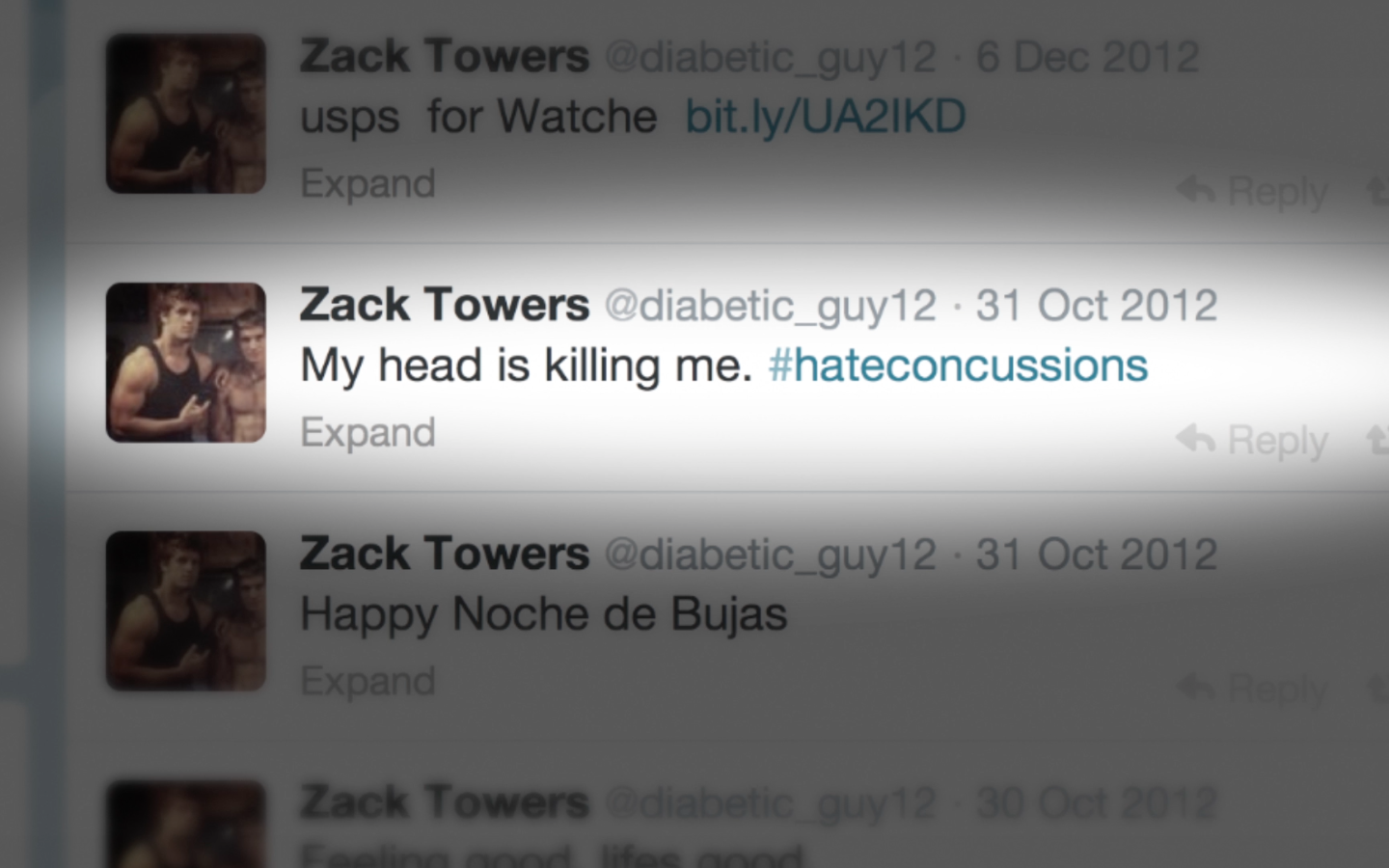 Zack never told his mother about his recurring symptoms, and the next night he went out and played as planned. Zack, like so many other young players, was willing to take what seemed like a small risk to play one more game with his friends and teammates. However, it didn’t turn out to be a small risk at all.


Life threatening injuries like Zack’s are definitely rare, but the mentality of playing through pain, especially when the pain is coming from arguably your most important organ, should be alarming. For every player that dies, there are multitudes of others that unknowingly create lasting damage in the one organ that makes them distinctively human. Without the brain we can’t dream, we can’t create, we can’t form lasting relationships. If you play with a torn ligament or a strained muscle, you might end up with a lifelong limp, but it won’t change who you are as a person. The brain and a knee shouldn’t be treated the same, because the brain makes us human.

At the end of the day, each player has to hold himself or herself accountable and must speak up when injuries occur. With that said, I don’t believe that most of them will unless they are encouraged to do so by everyone around them. That includes parents, coaches, and even teammates.

Despite the joys of camaraderie in athletics, we must always remember that we have other teammates who are a little more long-term. They’re called husbands and wives, sons and daughters, and all of the family members who have loved us our entire lives. Our teammates of the future beg that we play with them in mind. Those teammates are happy with fewer highlight reel hits; they take joy in fundamentals and sound technique – especially if it means that dad doesn’t have a debilitating brain disease. When we’re old, remembering our grandkids’ names will be cooler than anything we did in high school. When everyone involved believes that, I think we’ll see more athletes being honest about their symptoms.