Arkansas PBS > Engage > Blog > Be Sure to Watch! "Prohibition" A Ken Burns Film

"Prohibition" is a three-part, five-and-a-half-hour documentary film series directed by Ken Burns and Lynn Novick that tells the story of the rise, rule, and fall of the Eighteenth Amendment to the U.S. Constitution and the entire era it encompassed.

The culmination of nearly a century of activism, Prohibition was intended to improve, even to ennoble, the lives of all Americans, to protect individuals, families, and society at large from the devastating effects of alcohol abuse.

Prohibition turned law-abiding citizens into criminals, made a mockery of the justice system, caused illicit drinking to seem glamorous and fun…

But the enshrining of a faith-driven moral code in the Constitution paradoxically caused millions of Americans to rethink their definition of morality. Thugs became celebrities, responsible authority was rendered impotent. Social mores in place for a century were obliterated. Especially among the young, and most especially among young women, liquor consumption rocketed, propelling the rest of the culture with it: skirts shortened. Music heated up. America's Sweetheart morphed into The Vamp. 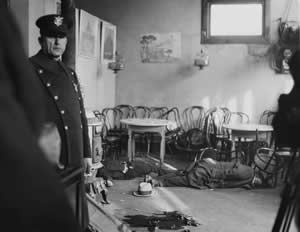 Prohibition turned law-abiding citizens into criminals, made a mockery of the justice system, caused illicit drinking to seem glamorous and fun, encouraged neighborhood gangs to become national crime syndicates, permitted government officials to bend and sometimes even break the law, and fostered cynicism and hypocrisy that corroded the social contract all across the country. With Prohibition in place, but ineffectively enforced, one observer noted, America had hardly freed itself from the scourge of alcohol abuse  instead, the "drys" had their law, while the "wets" had their liquor.

The story of Prohibition's rise and fall is a compelling saga that goes far beyond the oft-told tales of gangsters, rum runners, flappers, and speakeasies, to reveal a complicated and divided nation in the throes of momentous transformation. The film raises vital questions that are as relevant today as they were 100 years ago  about means and ends, individual rights and responsibilities, the proper role of government and finally, who is  and who is not  a real American.