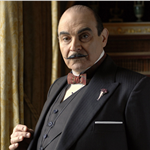 Hercule Poirot
A trio of new episodes feature David Suchet as the suave Belgian detective. In Three Act Tragedy (June 19), a cocktail party is the scene of a crime, while in The Clocks (June 26), multiple frozen clocks factor into a murder. Poirot investigates a death at a festive event turned foul in Hallowe'en Party (July 3). 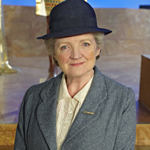 Miss Marple
Julia McKenzie is back as Agatha Christie's detective with a gentle smile and probing mind in the all-new episode The Pale Horse (July 10). Miss Marple's old friend is found murdered, and when she receives a list of names sent by the victim before his death, Miss Marple seeks justice. 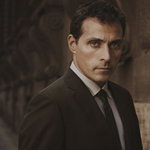 Zen
What does an honest cop do when his bosses are on the side of the lawbreakers? Outwitting prosecutors, politicians, mobsters, kidnappers and killers, Detective Aurelio Zen brings justice to modern-day Italy. Rufus Sewell stars as Zen, based on the books of Michael Dibdin. Zen premieres July 17, 24 & 31, 2011.

"Do Your Part" by giving $34 to support programs like this on AETN.