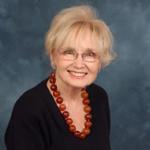 Tune into AETN Arts Fridays this Friday, April 6 at 6:30 p.m. for AETN Presents: On the Same Page" with Jo McDougall, 9:00 p.m. for Live from Lincoln Center Renee Fleming, and 10:30 p.m. for Sun Studio Sessions Nicole Atkins.

At 6:30 p.m., AETN Presents: On the Same Page features Arkansas poet and author Jo McDougall discussing her poetry both in written and film form and a sneak peek at the poets film adaptation, Emerson County Shaping Dream, based on seven of her creative poems.  McDougall kicks off a month of April Fridays that will focus on poets in celebration of National Poetry Month.
At 9:00 p.m., take a trip to the Big Apple and bask in the musical talent of world renowned opera singer Renee Fleming on Live from Lincoln Center performing a rare masterpiece, Knoxville Summer of 1915 by Samuel Barber, performances off the songbirds new album Dark Hope, and a duet with guest Josh Groban.
Sun Studio Sessions rolls around at 10:30 p.m. featuring musical guest, American singer-songwriter Nicole Atkins performing The Tower off of her album Monde Amore at the legendary Sun Studios in Memphis, Tennessee.
TUNE IN:
AETN Arts Fridays:
April 6 with On the Same Page with Jo McDougall at 6:30 p.m.
Live from Lincoln Center Renee Fleming at 9:00 p.m.
Sun Studio Session Nicole Atkins at 10:30 p.m.