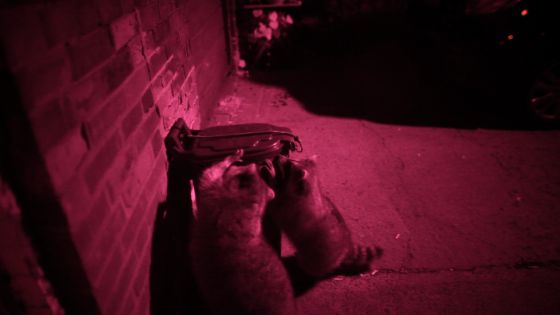 Raccoons live just about everywhere in the U.S. Arkansas sure has its fair share--so much so we even have raccoon hunting season and we at AETN wouldn't be surprised to find out if Phyllis from "Arkansas Outdoors" didn't have a recipe that called for raccoon.

But as anyone who's had to deal with raccoons can tell you, they aren't your run-of-the-mill pest. They are crafty little creatures. In fact, it seems that the more obstacles you throw their way, the smarter they get. As a result, raccoon populations have grown twenty-fold in North American cities over the last seventy years, and there are now fifty times more raccoons living in Toronto than in the same area in the surrounding countryside.

Follow "Nature" as they use night-vision cameras, and raccoon-proof radio collars to learn if our attempts to outwit raccoons may be pushing their brain development and perhaps even sending them down a new evolutionary path.