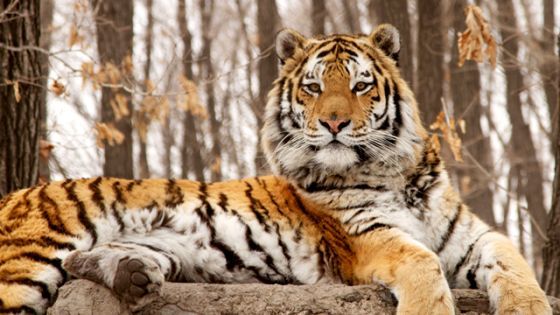 Tonight, starting at 7 p.m., kick off a night of all new programming on AETNs Exploration Wednesday! Well begin with Nature: Siberian Tiger Quest at 7 p.m., and follow up with NOVA: Secrets of the Viking Sword at 8 p.m. and NOVA scienceNOW: What Makes Us Human? at 9 p.m. Its going to be an amazing night!

To start with, well get to see the amazing work of Korean cameraman, Sooyong Park. He spent two years in the forest tracking and filming the worlds biggest cat in a very unconventional manner! To capture the regal cats on film, Park dug an underground pit and  this is unbelievable  waited there for weeks at a time. Absolutely unreal  as are his rare glimpses of the wild tigers.
Then, manmade wonders follow the natural treasures with Secrets of the Viking Sword where NOVA launches its new season by leveraging cutting-edge science and old-fashioned detective work to reconstruct the Ulfberht Viking sword and unravel its mysteries. Considered one of the greatest swords ever made, the Ulfberht remains a fearsome weapon more than a millennium after it saw its last battle. The process that Viking sword makers used to design and build it is even more incredible!
Then, enjoy watching a new season and new host on NOVA scienceNOW! David Pogue takes us on a journey that explores what scientists have struggled with for centuries: how do we pinpoint what makes us human? Learn how we separate ourselves from the millions of other animals who have evolved on this planet by exploring traits we once thought were uniquely ours  like language, tool-making and even laughter  to uncover our evolutionary roots.
TUNE IN:
Wednesday, October 10, 2012