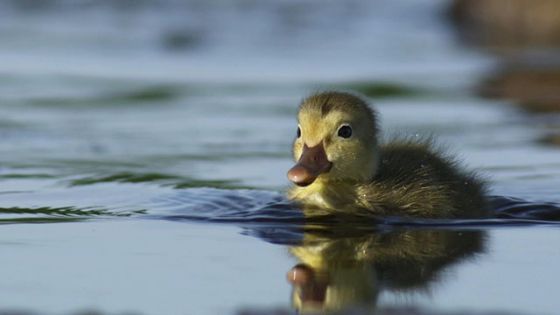 Tune in for new episodes of Nature, NOVA and NOVA scienceNOW on Wednesday, Nov. 14. Well start with an Original DUCKumentary, starring a wood duck family and their amazing bond, at 7 p.m. NOVA follows at 8 with Ultimate Mars Challenge, exploring Curiositys mission. Finally, at 9, David Pogue discovers what transformative technologies are being invented in labs across the world.

Putting the amazing night in motion, An Original DUCKumentary features a popular, beautiful and fascinating bird thats of particular interest in Arkansas  the duck. Working with Hummingbirds producer Ann Prum, Nature follows a wood duck family and discovers how the male and female create a bond, migrate together across thousands of miles and nurture and protect their brood of chicks before returning to their winter grounds. In addition to the stars, the film features more than 150 species of ducks in all shapes, sizes and abilities. Our fine-feathered friends fly through the air, swim under water, bob in and out of the surface, and alternately mug for and shy away from the camera.

Exploring what could be NASAs last chance to explore the red planet until the end of the decade, NOVA: Ultimate Mars Challenge follows Curiosity touch down and mission on a quest to advance efforts to uncover signs that Mars might have once been suitable for life. But the rovers assignment is risky. After parachuting through the atmosphere at twice the speed of sound, Curiosity will be lowered to the surface by a sky crane, a new technology thats never been texted on Mars. With inside access to the massive team of scientists and engineers  responsible for Curiositys on-ground experiments, well be there for the exhilarating moments after the rovers landing  and the spectacular discoveries to come.

Do you believe there will be cell phones that can read you mind? Video games capable of curing cancer? Robots you can wear that give you the strength of Iron Man? David Pogue investigates technologies that could transform our lives  and the lives of our grandkids! Amazingly enough, theyre already taking shape in labs around the world, and what once would have been pure science fiction is on the verge of becoming as common as iPhones! Discover these amazing devices and the technological hurdles engineers and computer scientists have to overcome before the tech dreams become reality tonight on NOVA scienceNow: What Will the Future Be Like?