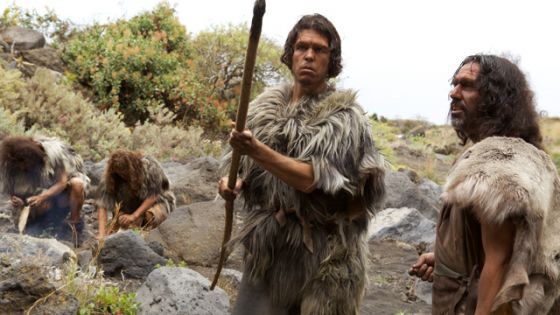 This AETN Exploration Wednesday, visit Cuba  natures accidental Eden, decode what happened when the first modern humans encountered Neanderthals and find out how volcanologists predict eruptions. Nature kicks the evening off at 7 p.m.

For decades, Cubas wild landscape was passed, untouched, while its Caribbean neighbors altered their ecological riches. In Nature  Cuba: The Accidental Eden, learn what happens as Cubas priceless, well-preserved treasures are about to face an onslaught of tourism. Already on the rise, most experts predict that the countrys tourism traffic will double when the U.S. trade embargo ends. What will happen to the island nations stunning biodiversity  including amphibians, reptiles and the most biologically diverse freshwater fish in the region  without their historic safeguards? Nature explores at 7 p.m.

Next, on NOVA, find out what happened when the first modern humans left their African homeland and entered Europe in Decoding Neanderthals at 8 p.m. When these early ancestors arrived in the new continent, they found they were not alone: The stocky, powerfully built Neanderthals had already lived there for thousands of years. What occurred when the two first met? The question tantalized generations of scholars and seized the popular imagination. Then, in 2010, a team led by geneticist Svante Paabo  announced stunning news. Not only had they reconstructed much of the Neanderthal genome, but their analysis showed that we modern humans had interbred with Neanderthals, leaving a small but consistent signature of Neanderthal genes behind in everyone outside Africa today.

Finally, tune in to our new series, Life on Fire, at 9 p.m. which explores how, whether in the Philippines, Papua New Guinea, Columbia, Chile, Italy or Iceland, countries that are home to active volcanoes face threats to their populations every day. With the constant possibility that lava, ash, gas, natural bombs and avalanches could slide down the gaping mouths of the rock giants, volcanologists are asked to anticipate and warn citizens to avoid widespread disaster. These individuals are asked to be prophets  analyzing the volcanoes slightest tremors. And, around the world, these volcano doctors use their tools and knowledge in an attempt to protect those who live beneath the earths fiery peaks.