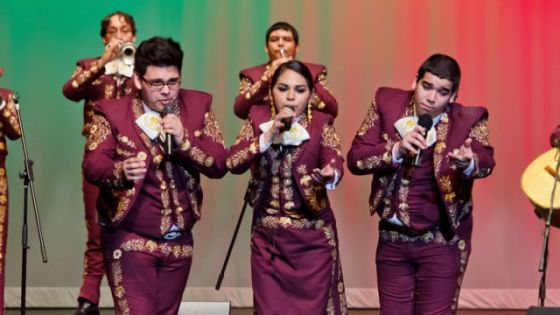 Join us this AETN Arts Friday as we kick off the 2012 PBS Summer Arts Festival! AETN Presents On the Front Row With Smittle Band begins at 6:30 p.m. and "PBS Arts - Mariachi High - the first special in a seven-part  weekly series that takes viewers across the country and around the world - starts at 9 p.m.

At 9 p.m.,Mariachi High,invites you to spend a year in the life of Zapata High Schools champion mariachi ensemble. While small towns along the Rio Grande in South Texas rarely make headlines, these students compete and perform with musical virtuosity that commands attention. The group of talented teenagers eat, sleep and breathe mariachi as they prepare to compete nationally in the prestigious Mariachi Vargaz Extravaganza. More importantly, the band serves as the heartbeat of their community. While many members dont understand the Spanish lyrics of the music that they play and listen to on their iPods, the mariachi tradition helps them feel closer to their family and Mexican heritage. From auditions to competitions, these band members and will capture your ears  and your heart  with music that inspires, surprises and brings you to your feet.