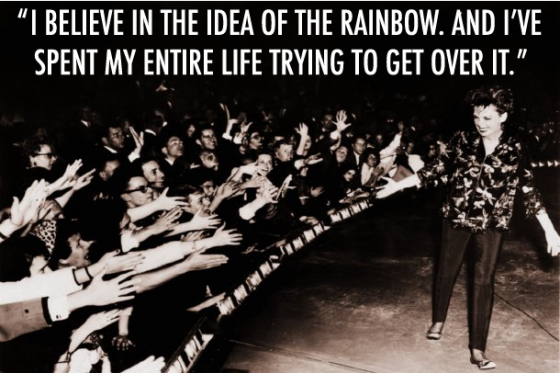 This AETN Arts Friday treat yourself to a night of show-stopping performances. Pay tribute to star power with specials showcasing the overpowering talent of Arkansas trumpet sensation Rodney Block on AETN Presents at 6:30 p.m. and Americas sweetheart, Judy Garland, in American Masters: By Myself at 9 p.m.

Performing for a crowd more than 100 jazz enthusiasts, frontman Rodney Block entertains with tunes that feature a unique blend of traditional jazz, gospel, hip-hop, Bebop, funk and soul. The Arkansas native honed his skills by playing in some of Kansas City's premier venues  Grand Emporium, Plaza III, Blue Room and Liberty Hall  and this 6:30 p.m. episode displays the fruit of those labors beautifully.

Following Block on American Masters at 9 p.m. is a star who needs no introduction. While tastes in popular entertainment, entertainers, and music changed many times during the twentieth century, Judy Garlands influence never waned. In the almost 45 years between her first performance (at just 30 months) and her final concert, Judy amassed a body of work that is astounding in its range, power, and timeless ability to excite audiences of all ages. In each medium, her legacy included unequaled artistic and popular successes.

Though, since her premature death in 1969, Judy Garlands professional and personal reputation have often fallen prey to inaccurate and disproportionate reports, perspective has come with time. Judy Garland  By Myself delves deeply into the truth behind her work and problems, as well as the obstacles she faced with her own vulnerability in a hardheaded - and often hardhearted - industry.

Ive been in love with audiences all my life, and Ive tried to please. I hope I did. - Judy Garland

Peppered with Garland's observations about her own life and times By Myself, lets us draw our own conclusions about both Judy the human being and Judy the performer. Garlands final statement in the show almost unknowingly summarized her lifes purpose and worth: Ive been in love with audiences all my life, and Ive tried to please. I hope I did. We're sure both she and "By Myself" will achieve that goal tonight.

"American Masters: Judy Garland - By Myself" at 9 p.m.