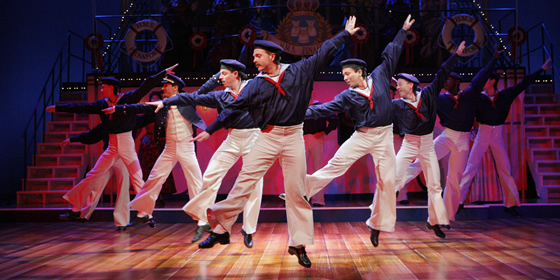 AETN Arts Fridays debuts this week  pull up a chair for your 6:30 and 9 p.m. arts fix starting with "AETN Presents: On the Same Page with C.D. Wright" and then as part of PBS Arts Fall Festival, "The Guthrie Theater Presents H.M.S. Pinafore."

PBS and AETN took a look at gaps in programming across the spectrum and concluded that arts and culture really needed a larger spotlight and we could be that shining light for the arts around the country and in Arkansas.  By concentrating our local arts series and PBS arts programming on Fridays, viewers can tune in for the arts in Arkansas and on a global stage.

I have lived near some of the best arts stages in the nation in the past and not near anything at times…at this point in my life I can't really make it to a theater or concert hall easily  but am so grateful that I can watch some amazing tunes, dancing, picking, acting and more at home (for FREE!) on AETN from Arkansas and in the nine different chosen arts cities thanks to the PBS Arts Fall Festival.  And…so can my family.  What an easy, great way to introduce all of these different arts genres to my children.  I just have to remember to clear the sharp objects and tape down the rug so there's room to sing and dance.

Bob Hupp, producing artistic director of the Arkansas Repertory Theatre, joined us last week after viewing scenes from the new "H.M.S. Pinafore" on PBS and had this to say: "Coming to the Arkansas repertory theater or any non-profit professional performing arts theater is a one of a kind experience.  It's an experience you can't get anywhere else -  the communal experience of sharing laughs, sharing a tear with an audience.  But on a broader scope and on a broader scale, the access we have through public television for the arts, the best of the arts created across the country is unparalleled.  We are fortunate to have access to both the live professional arts in our state as well as wonderful national programming that AETN brings to us."

"AETN Presents:  On the Same Page with C.D. Wright"airs Friday, October 14 at 6:30 p.m. and repeats the following Wednesday, October 19.

Wright was born in the Ozarks and speaks with host Tommy Sanders about her latest book, "One With Others: (A Little Book of her Days)."  "One with Others" is a mix of poetry and prose in which Wright examines a racist event. The work began as an homage to an anonymous self-taught, literary friend who lived in the Arkansas Delta in the 1960s. Wright was a teenager when she first met the woman and continued to have a relationship with her until she died a few years ago in New York City. The book was nominated for the 2010 National Book Award.  Wright, the Israel J. Kapstein Professor of English at Brown University and a former poet laureate of Rhode Island, has published a dozen books of poetry and prose, including the recent volumes "One Big Self: An Investigation" and "Rising Falling Hovering," which received the Griffin Poetry Award.