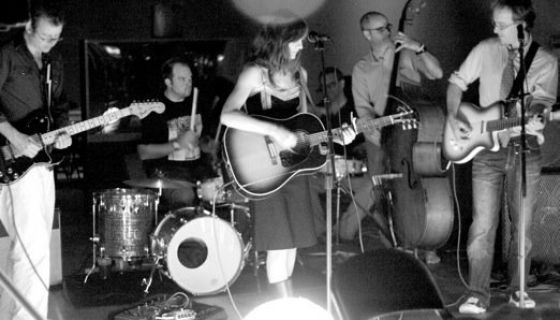 Travel from Arkansas to the Middle and Far East this AETN Arts Friday, July 6, for an evening of spectacular entertainment. At 6:30 p.m., AETN Presents: On the Front Row With The Boondogs, showcases songs from the acclaimed indie pop bands well-received A Thousand Ships. Then, PBS Arts Islamic Art: Mirror of the Invisible World, whisks you across the globe to explore the incredible artistic legacy of the Muslim world at 9 p.m.

One of the Souths best-kept musical secrets, the Boondogs make low-watt avant-pop with a deep emotional core. AETN Presents: On the Front Row With the Boondogs features favorite pieces and songs from their latest CD, A Thousand Ships. The performance finds the band at a particularly wonderful point of performance, with incredible strength of sound. One of Boondogs key strengths is that  in recordings and live performances  they obviously lay it all out there. Songwriter/vocalist spouses Indy Grotto and Jason Weinheimer are joined by Chris Michaels on bass, Isaac Alexander on drums and Charles Wyrick on electric guitar. Experience their haunting style  which has earned national praise, including reviewers from the Chicago Tribune  for yourself. Youll be glad you did!

And while youre treating yourself to high-quality entertainment, be sure to stick around until 9 p.m. for the second installment in the PBS Summer Arts Festival, Islamic Art: Mirror of the Invisible World.  This phenomenal documentary, narrated by Susan Sarrandon, explores and celebrates the artistic legacy of the Muslim world, from calligraphy and ceramics to the Alhambra and Taj Mahal. The film is organized about five elemental themes: the word, space, ornament, color and water. These themes break down the beautiful works  which are fascinating in themselves  to provide a window into a culture of ever-increasing importance. More importantly, by understanding Islamic art, we gain insight to the histories our western culture shares with Islamic culture  and find that more similarities exist than divisions.